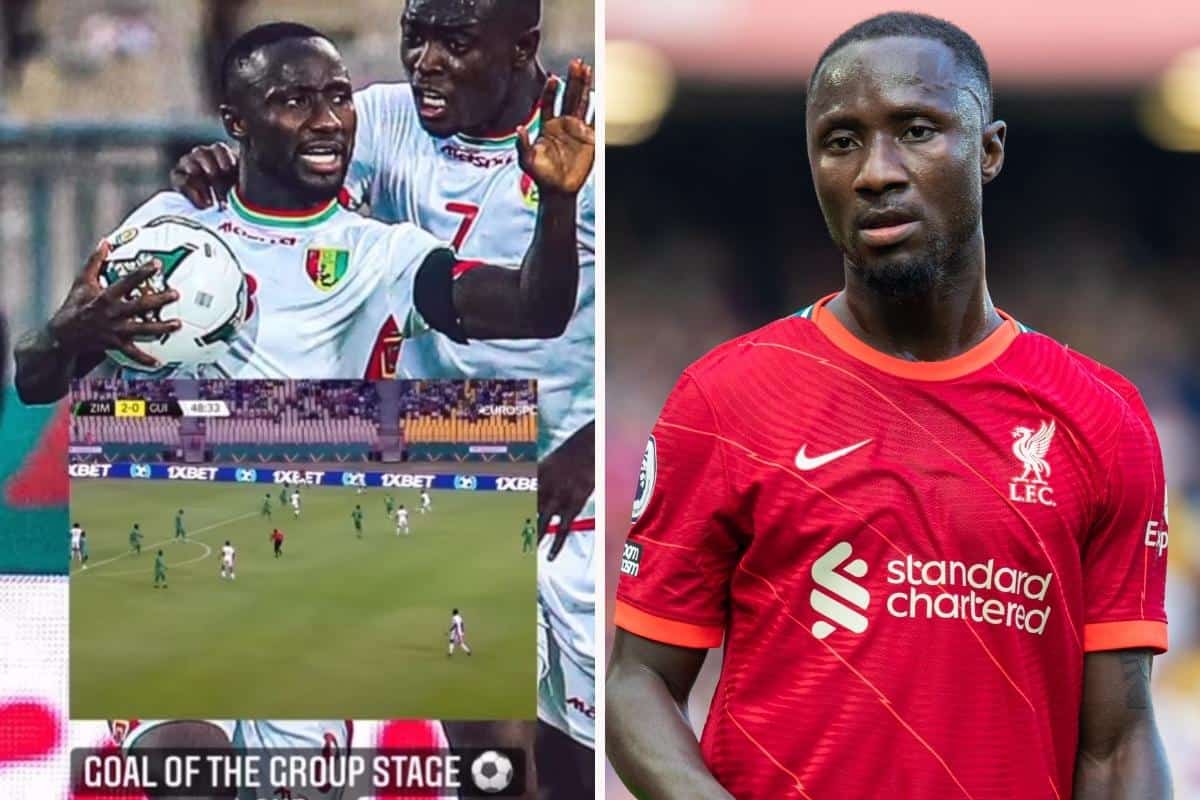 Naby Keita‘s excellent performances for Guinea during the Africa Cup of Nations group stage have been recognised, with the midfielder given an award for his efforts.

While Keita remains a stop-start squad player for Liverpool, he is one of the most important figures for his country, wearing the captain’s armband.

So far this AFCON, the midfielder has played 90 minutes in all three games, earning the Man of the Match prize in a 1-0 win over Malawi and a 0-0 draw with Senegal, as well as netting a stunning strike in the 2-1 loss to Zimbabwe.

However, Keita will miss the last-16 tie against Gambia, which takes place on Monday afternoon, having picked up two yellow cards during the group stage.

Guinea will be hoping that is not the end of his tournament, as they look to push for a place in the quarter-finals against either hosts Cameroon or Covid-struck Comoros.

His importance, and form at the AFCON so far, was emphasised as the Confederation of African Football revealed their Team of the Group Stage on Saturday:

Joining Keita in the best XI of the group stage were Liverpool target Yves Bissouma and another who has been linked in the past, Nigeria’s Nantes winger Moses Simon.

There were places on the bench for both Sadio Mane and Mohamed Salah, who have each scored once at the tournament so far, while winner of the Group Stage Best Player award, Vincent Aboubakar, took his place up front.

Despite arriving at the tournament with lower expectations among Liverpool fans, Keita has outperformed both of his club team-mates so far in Cameroon.

In fact, Reds assistant manager Pepijn Lijnders made a point to highlight the No. 8’s form when asked about the impact of losing Salah and Mane earlier this week.

“Everybody forgets Naby. Naby, two times the best player for Guinea and last game he scored,” the Dutchman said.

“We miss him as well, people forget this!”