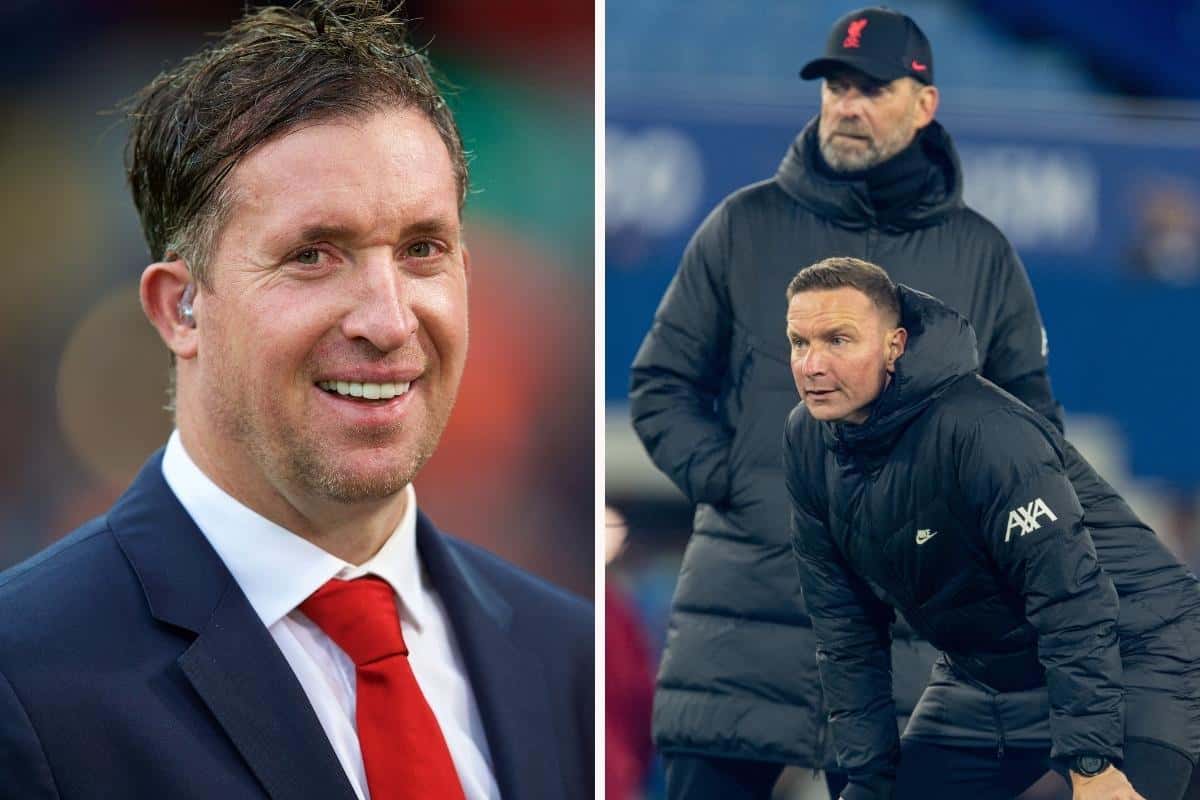 With Jurgen Klopp and Pepijn Lijnders ruled out of a League Cup semi-final that is unlikely to go ahead, Liverpool fans have joked about possible stand-ins for Arsenal.

The Reds have requested to postpone the first leg of their semi-final at the Emirates due to an outbreak of COVID-19 through the first-team squad and staff.

Alisson, Joel Matip and Roberto Firmino are confirmed as cases, with Liverpool revealing on Wednesday morning that Lijnders had now also joined Klopp is testing positive.

It is believed that goalkeeping coaches John Achterberg, Claudio Taffarel and Jack Robinson could also be affected, while there has been a rise in unnamed cases throughout the playing personnel too.

The club’s announcement that Lijnders had been forced to isolate saw his scheduled press conference cancelled, but coming prior to any EFL confirmation, as it stood the game was due to go ahead without both Klopp and his assistant.

So who could fill in for the pair if Liverpool are required to fulfil their fixture list?

Fans took to social media to joke about possible alternatives, with Robbie Fowler among those to throw his hat in the ring…

Alright @BlackpoolFC, can we have Neil Critchley back on loan please? https://t.co/qKVz6BeLQM

Wonder what Zeljko Buvac is up to.

Surely we’ve reached the dystopia now where Klopp and Lijnders can manage a game via Zoom, or get Barry Lewtas in with the right AI.

Give it Critchley until the end of the week.

Still available if you need me @LFC pic.twitter.com/q74hDIY6fZ

Can't wait for Arsenal fans to let us know that @MightyRed_LFC can manage the team now! pic.twitter.com/cJij6dZvnF

Happy to put my hat in the ring for manager for tomorrow’s game having so far achieved a perfect season on Football Manager ?

Meanwhile, a rumour that, along with Liverpool’s goalkeeping coaches, Caoimhin Kelleher and Adrian had also tested positive for Covid saw many ponder on Loris Karius‘ redemption…

Apparently Alisson, Kelleher, Adrian and Pitaluga all have COVID according to rumours.

Jurgen Klopp: “This is where Loris Karius makes his first start since the CL final in 2018.” pic.twitter.com/up0jYq9dnc

So, starting to look as though I'm in charge of the team on Thursday and I've got Karius in goal. https://t.co/9SjxihpWKM

The whole tl wanting a Karius redemption arc now everyone is out?? Smh pic.twitter.com/IWlqKOjTsp

Taffarel coming out of retirement after seeing we have no GK available and only Karius pic.twitter.com/a1cUndyJ26

Karius when he hears that all the other goalkeepers have covid pic.twitter.com/nGZhr25DER

Rumours of no Liverpool goalkeepers being available vs. Arsenal. Time for James Milner to complete the set and play in the only position he hasn't yet.

If the game were to go ahead without Klopp and Lijnders, the next in line would likely be Peter Krawietz, long-serving assistant to the Liverpool manager.

But there is no knowing whether or not even he has tested positive, with delegation possibly seeing under-23s coach Barry Lewtas forced to step in, supported by academy director Alex Inglethorpe.

It is a messy situation that, realistically, only indicates one thing: Thursday’s game being postponed.