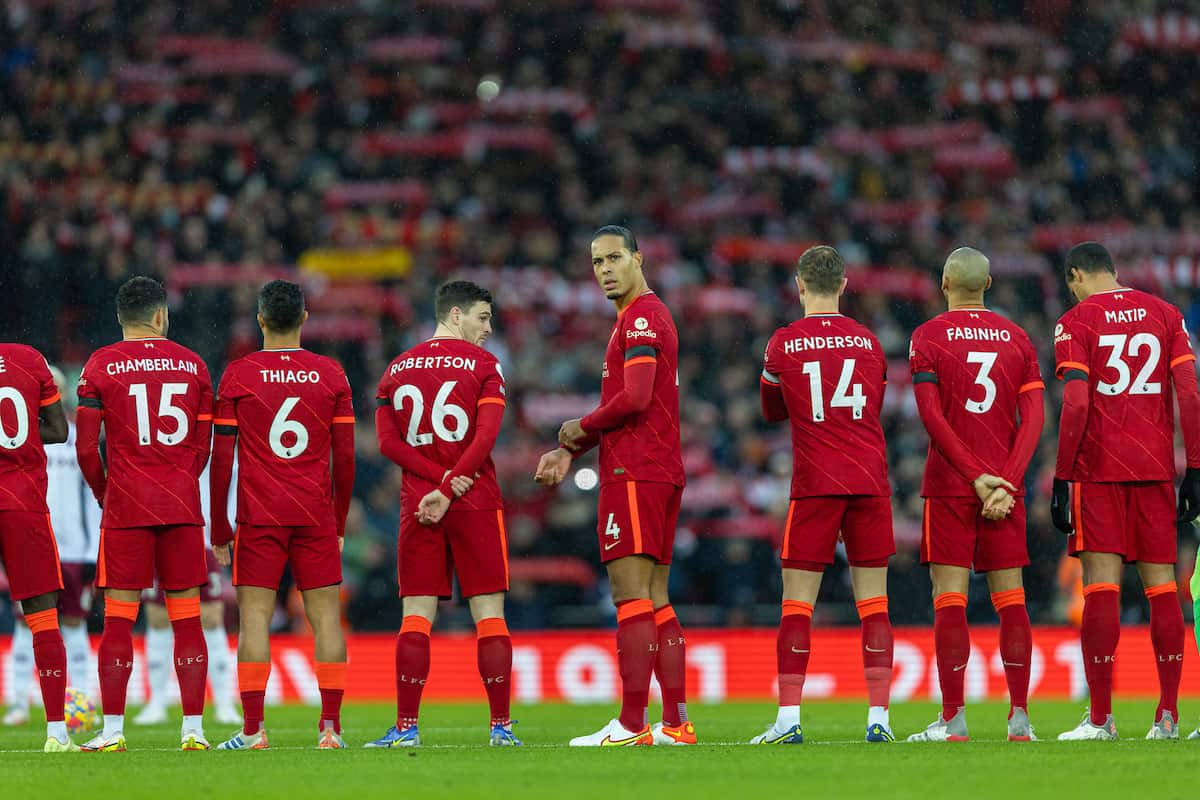 It’s another busy month ahead for Liverpool, with three competitions to contest, including a two-leg semi-final, an early trip to Chelsea and AFCON departures.

January will see Liverpool play six games across three different competitions in the space of 21 days, and much of the month will be played without the trio of Mohamed Salah, Sadio Mane and Naby Keita.

On the other hand, Harvey Elliott could push for a return after four months on the sidelines.

Here are the Reds’ key dates for the month of January that you need to keep on hand for the senior side, under-23s, under-18s and the women’s side. 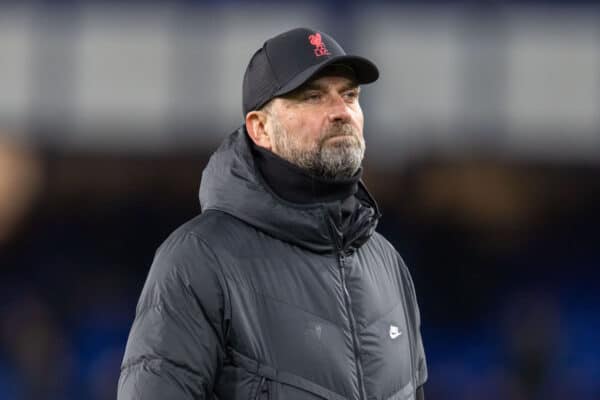 New Year’s Day is the official start of the window that will run until January 31, which is in line with the rest of Europe’s top leagues.

While there will certainly be a desire from Reds to see a new face, it is looking rather unlikely that Liverpool will add to their ranks even in the face of two forwards going to AFCON.

There will be scope for departures with Nat Phillips touted for a switch and Loris Karius looking for a fresh start.

Loan recalls could also be in the offering for Leighton Clarkson and Rhys Williams after limited game time at Blackburn and Swansea respectively.

There will be plenty of talk of Liverpool targets throughout the month but we are not expecting cash to be readily thrown about by the Reds. 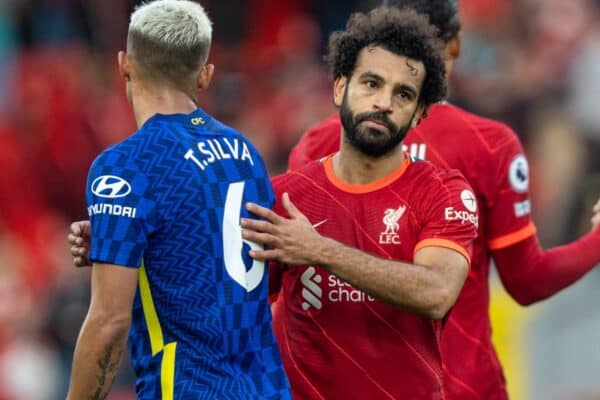 It’s a big one straight off the bat to start 2022, meeting a Chelsea side who will have a game advantage over Liverpool following the postponement of the Leeds clash.

Thomas Tuchel’s side have battled Covid and injuries amid dropped points to Everton and Wolves but are still in touch with the Reds and City.

The matchup earlier in the season ended in a 1-1 draw at Anfield and Liverpool were left frustrated by being unable to capitalise on Chelsea playing the second half with only 10 men.

Mohamed Salah, Sadio Mane and Naby Keita will swiftly depart after the trip to Stamford Bridge for the start of the Africa Cup of Nations that runs from January 9 to February 6.

There was plenty of doubt surrounding if the tournament would go ahead but it has been given the green light and the Reds could see the trio miss up to five, potentially six, games.

Keita (Guinea) and Mane (Senegal) will meet in the group stages after both being drawn in Group B and the earliest they, in addition to Salah, can return is January 19/20 after the group phase. 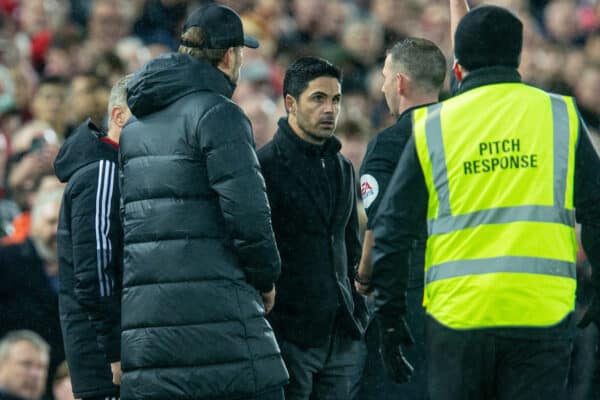 Another road trip to the capital then awaits for the first leg of the League Cup semi-final, the third under Klopp.

Arsenal‘s preparations will have been disrupted by Mikel Arteta testing positive for Covid the week prior but he is expected to be able to return to the touchline in time after seven days of isolation.

Liverpool already have an emphatic 4-0 win over the Gunners this season but with this the first of three cup games in seven days, it will be about squad management. 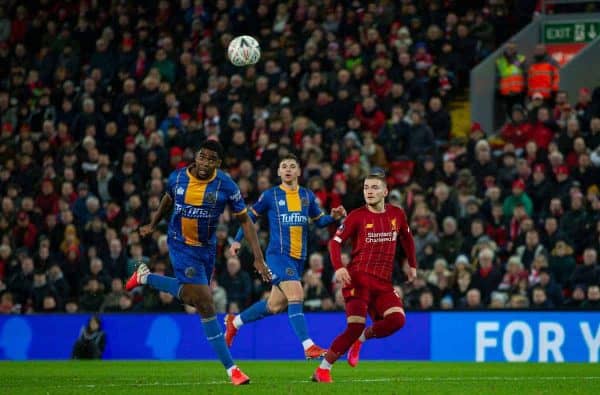 The third round of the FA Cup sees the Reds play at Anfield for the first time in 2022, with League One’s Shrewsbury Town awaiting.

It will be the fourth time they have met in their shared history, all in the FA Cup, and the third time in less than two years after the fourth round meeting in 2020.

The Reds progressed thanks to the efforts of their youngest ever XI in the replay, but this time around the tie will be finished on the day through extra-time and then a penalty shootout if needed. 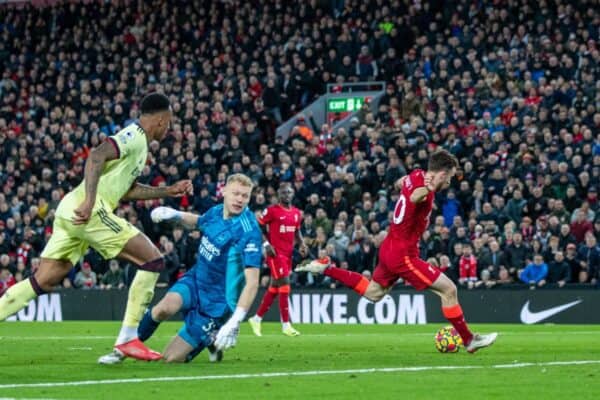 The decisive second leg of the League Cup follows four days later, with the Reds, hopefully, arriving at Anfield with an advantage in tow.

Should Liverpool emerge as winners across the two legs, they would then book a place in the final at Wembley scheduled for February 27.

There is then a little avenging to do for Klopp’s side after they twice relinquished a lead in their first meeting of the season, with all three points a must at Anfield.

Thomas Frank has largely kept Brentford out of the relegation tussle in their maiden Premier League campaign in what has been an impressive first half of the season.

Nut while registering notable points against the likes of Man United, Liverpool, Arsenal and West Ham, they have struggled against Norwich, Newcastle and Burnley.

The month then closes out with a trip to Crystal Palace, the final game before the Premier League‘s winter break.

It was a relatively straightforward win the last time these two met in September with Mane, Salah and Keita all on the scoresheet, but due to their involvement in AFCON, they are not to feature unless they experience an early departure from the tournament.

Although once a bogey team, the Reds have won their last seven games at Selhurst Park. 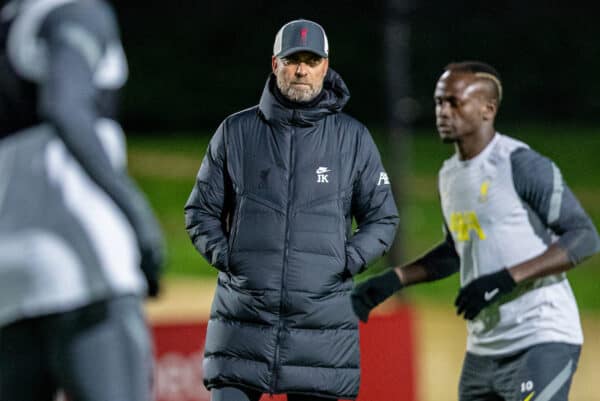 No, really, there’s a winter break this year. Or at least supposed to be. Whether the Spurs match gets re-arranged for the free weekend on the 29/30 January remains to be seen.

Liverpool play Palace on January 23 and their next possible fixture is a fortnight later in the FA Cup fourth round on the weekend of February 5/6.

The Reds’ Brazilian contingent do have internationals on that free weekend, though. The rest, hopefully, can get some rest… 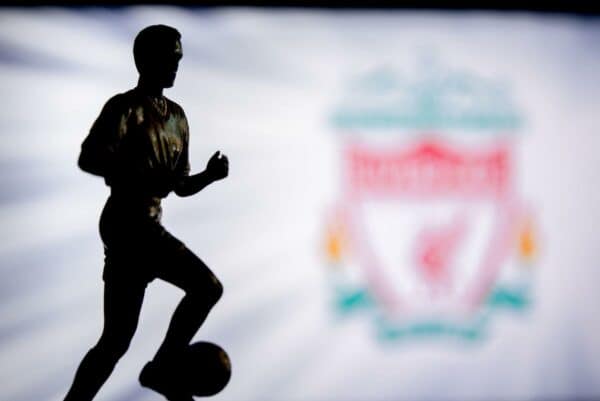 The January window is rarely a time for business at Anfield, but there are plenty of names being linked and with some high profile players out of contract in the summer, a cut-price deal may be found.

Those expiring contract players overseas are also free to agree a move. Mbappe2022… probably not. 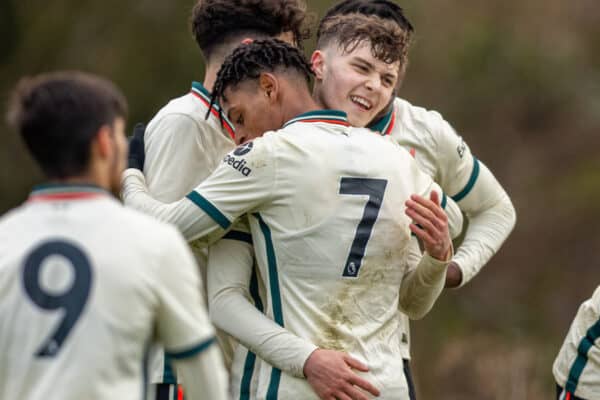