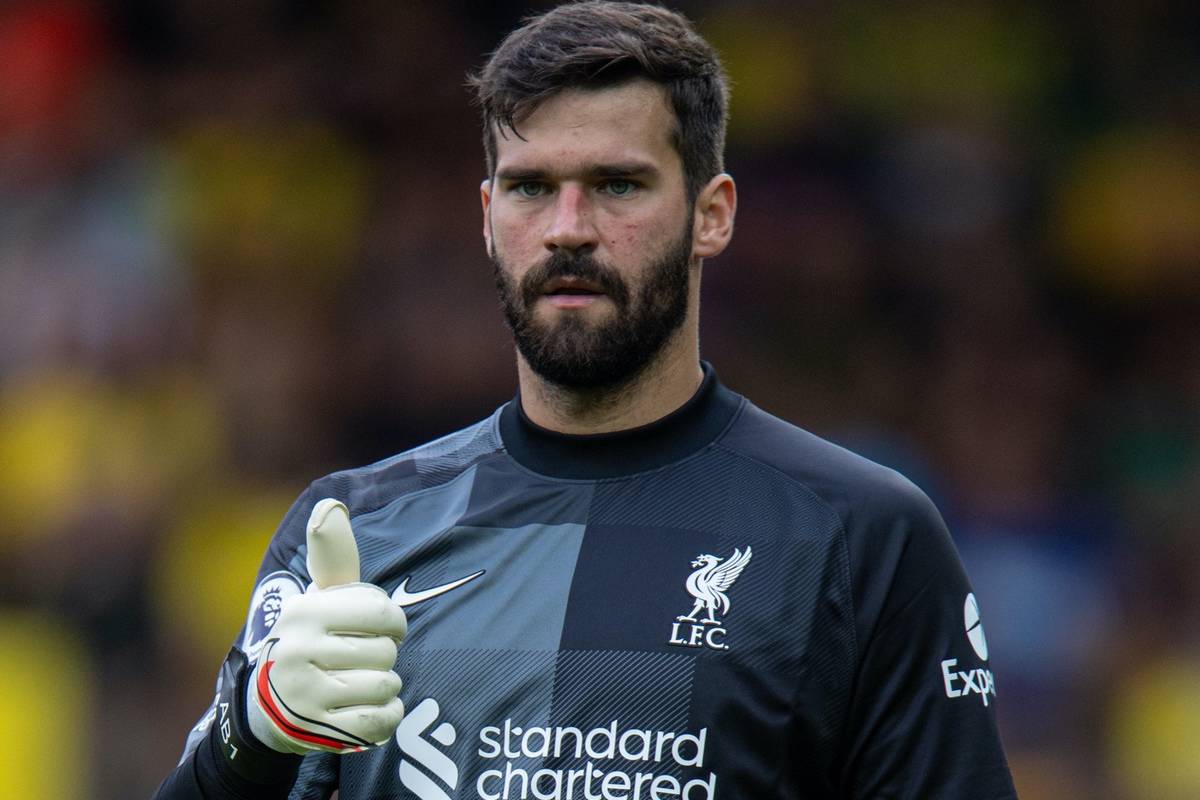 Luis Diaz has rubbed shoulders with Liverpool twice this season, but for Alisson, it’s been a few more times than that and he was left notably impressed.

The Reds are closing in on a £50 million deal for Porto winger Diaz, with the club sending a delegation to tie up the medical and final details while he is in South America.

The 25-year-old represents Colombia and has done so since his debut in 2018, and in the summer helped guide his team to a third-place finish in Copa America.

Alisson‘s Brazil finished as runners-up and on their respective journeys the two teams met in the group stage, but it was only in the World Cup qualifiers in October and November that Diaz and Alisson went head to head.

Across the two games, the aggregate score was 1-0 to Brazil, and while Diaz nor Colombia breached Alisson‘s goal, he was left with an impression of who is set to be his new teammate.

“Luis Diaz is an excellent player, he does a lot of work for the defence, he did it in the goals of Copa America,” Alisson said prior to the November international meeting.

“In Porto, he comes with good performances.”

It’s a notable observation from Liverpool’s No. 1, with energy and the ability to press high up the field a non-negotiable in Jurgen Klopp‘s side.

And his stats at club level see him ranked second in the Portuguese Primeira Liga this season for possession won in the attacking third.

Add to that pace, an eye for goal and the willingness to take on the opposition and you have an exciting talent that is ready for Klopp immediately and forms part of a longer-term plan.