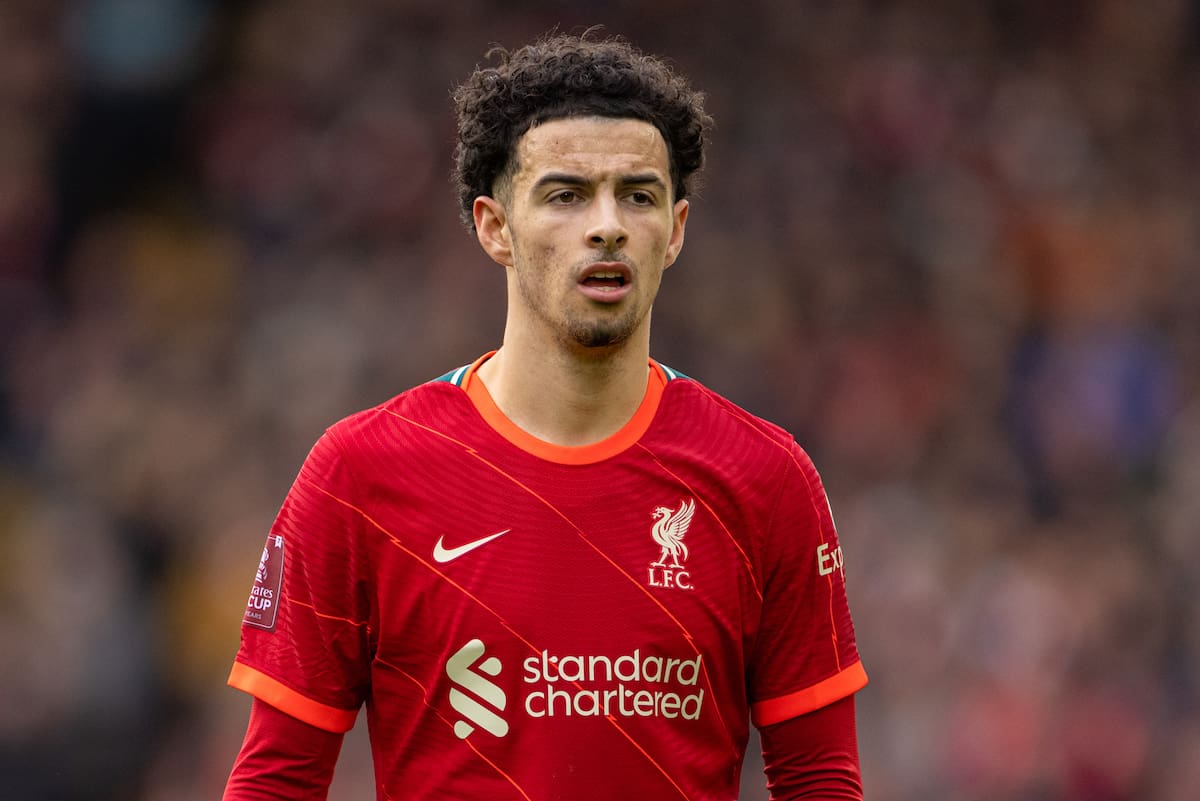 Jurgen Klopp has made another five changes to his Liverpool side for tonight’s clash with Leeds, including a return to the squad for Curtis Jones after three games out.

The Reds can move to within three points of Man City – and finally level on games played – with a win tonight, and come up against a Leeds side struggling for form.

After making seven changes to his lineup for the visit of Norwich at the weekend, Klopp has shuffled his pack again, four days before the League Cup final.

Alisson, fresh from his stunning assist on Saturday, is retained, before making way for Caoimhin Kelleher for the clash with Chelsea at Wembley.

Ahead of the Brazilian is a back four of Trent Alexander-Arnold, Joel Matip, Virgil van Dijk and Andy Robertson.

Fabinho is restored in midfield, and is joined by Curtis Jones and Thiago. 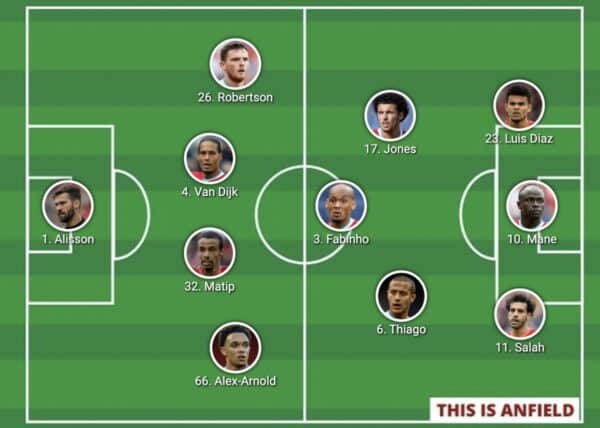 Speaking in his pre-match press conference, Klopp made it clear he wasn’t taking Leeds lightly, despite Marcelo Bielsa’s injury-hit side having lost seven of their last 10 games.

“If you are not really in the game then they will eat you, just like that,” he said. “That’s why it makes it so important that we are ready for the next very intense game.”