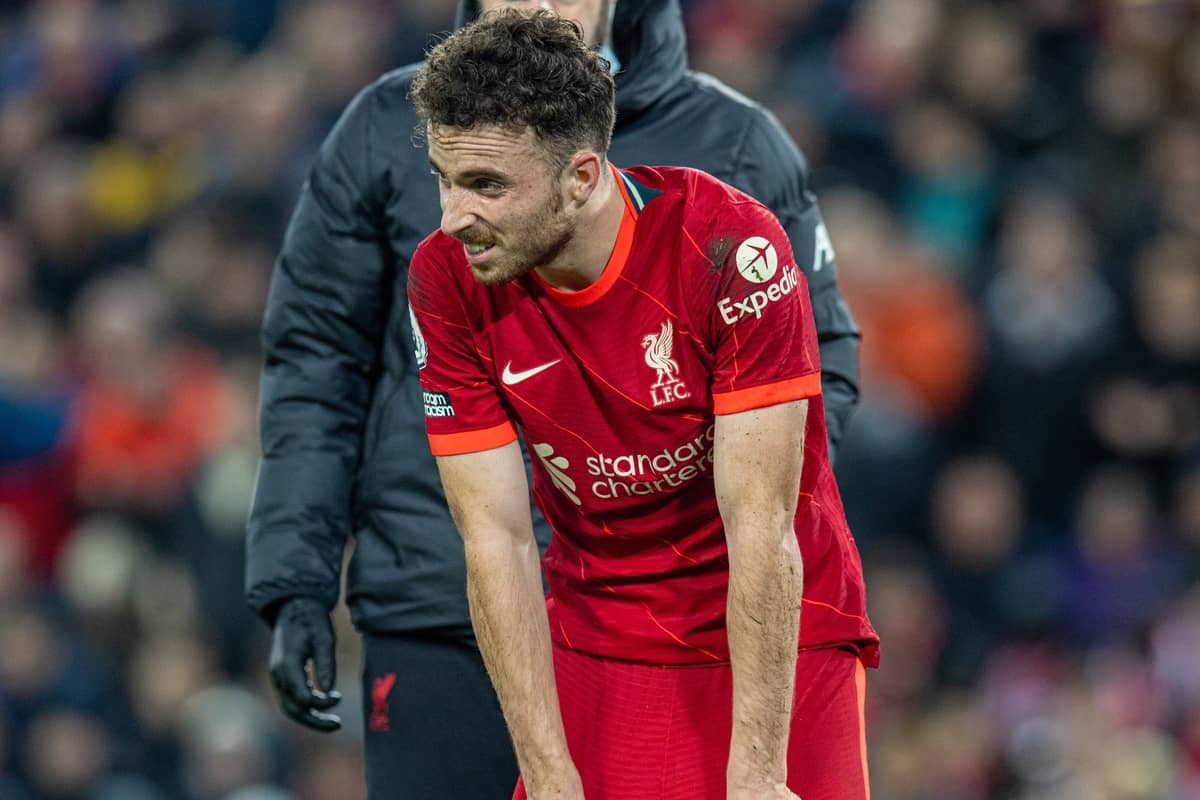 Diogo Jota was subbed at half-time of Liverpool’s 2-0 win at Inter Milan and Jurgen Klopp has confirmed it was due to an injury, not a tactical decision.

The Portuguese forward was replaced by eventual goalscorer Roberto Firmino at the interval, with Klopp making three further subs just before the hour – all of which proved pivotal in getting such an impressive result.

Speaking to BT Sport post-match, Klopp said: “I’m really happy, apart from Diogo had to go off with something around the ankle ligament.

“He could play on, [which is] maybe a good sign but at half-time the ankle was swollen and we had to change.”

Jota’s issue comes when Klopp had a full squad to choose from for the last two games – a very rare occurence.

And there could be further bad news, with a report on Twitter post-match showing that Alex Oxlade-Chamberlain pulled up with an issue while undergoing the post-match warm-down.

With seven games in the next 24 days, Klopp will be hoping that neither issue is serious.

Liverpool host Norwich and Leeds in the next week, before the League Cup final at Wembley a week on Sunday.