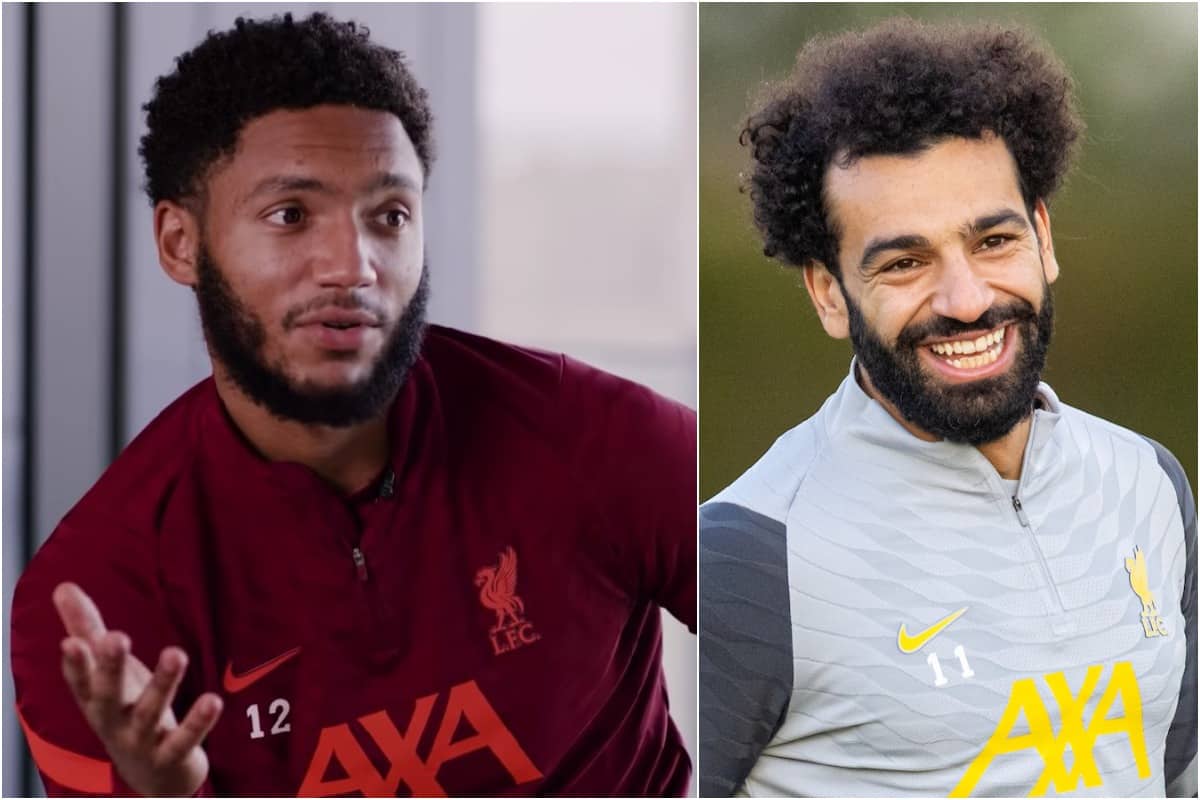 Joe Gomez has endured a campaign mostly spent watching on from the sidelines as he gets back up to speed following a very bad knee injury, but he’s still got success in his sights at Anfield.

The centre-back has played 12 times this season as he looks to recapture form and full sharpness gradually after what was a season-ending issue around 15 months ago.

It wasn’t the first long-term set-back he’d had at Liverpool, infamously tearing his ACL on international duty just days after Jurgen Klopp joined the Reds back in 2015.

But well down the road on this recent recovery, the defender is already looking to the future and detailing how he has much left to achieve with the club, having played a central role at the start of our Champions League-winning campaign in 2018/19 and being the first-choice partner to Virgil van Dijk for most of the title-winning season a year later.

“It’s always striving for more. As a team you want to keep creating history and winning more trophies,” he told Uncut.

“For me on a personal level it’s more just establishing appearances, playing more over a long period and playing as many games as I can for the club. At times opportunities have been cut short when I’ve got injured and so on, so just to play freely and keep trying to help the team [is the aim].”

While Gomez has done well to fight back physically and mentally from such long lay-offs, he acknowledges that it isn’t always plain sailing – particularly in the first days back on the pitch.

Not that that’s not enjoyable, but when it involves trying to find rhythm and sharpness after months away and your immediate opponent is one of Liverpool’s in-form forwards, Gomez revealed it can be a bit demoralising at first!

“In the present, the things Mo [Salah] is doing, we’ll look back on and say it’s unbelievable. I feel like sometimes things aren’t appreciated until they’re gone.

“Some days it’s long, training with him! If you’re not up for it you’ve got no chance. You’re gonna get twisted out by Mo, Bobby, Sadio, all of them. Imgaine early rehab pre-season, my first sessions back and trying to get up to pre-season [levels] and Mo…” he trails off with a rueful grin.

“It’s difficult. But that’s why we’re here and that’s why all of us at this team aspire to be at Liverpool.”

In picking his ultimate five-a-side team during the chat, Gomez included three players from the current Liverpool squad – starting with picking out “unbelievable” Alisson in goal. “As a goalkeeper he can do everything. I don’t think there’s anything in his game you can dispute, what he’s done.”

Host Joelah Noble certainly approved of his choice, as a self-confessed Liverpool fanatic.

And while former Reds skipper Steven Gerrard was selected in midfield and the aforementioned Mo Salah got the nod in attack over former Arsenal legend Thierry Henry (“I have to go sit next to him in the dressing room after this!”), it was Virgil van Dijk who was picked out in defence.

“Virg is going to be [one we’re] looking at in the all time Premier League greats, let alone Liverpool. Rio [Ferdinand] is the inspiration for me, being from the south east, the career he had and the style of play, for sure he’s up there but I still think Virg is capable of being best.”

Gomez also got to pick out a wildcard option for his fifth player, before finishing up with a challenge on FIFA to score past Everton quicker than Ibou Konate or Trent managed – we won’t spoil the surprise over whether he managed to do so!