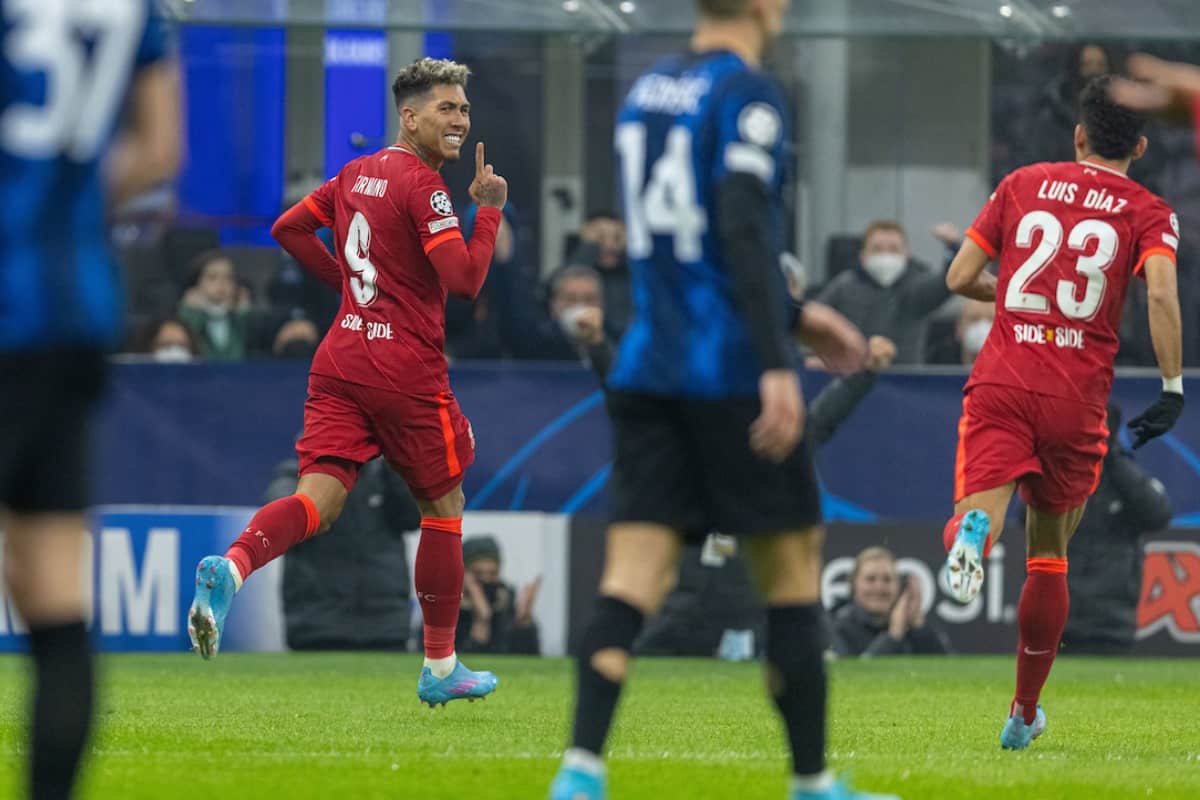 Liverpool’s bench made the difference in midweek as Jurgen Klopp made use of the rare fact that all his best players were available – but does that show why domestically it’s not allowed?

The Champions League encounter with Inter Milan was ultimately a happy story for Kopites, as Roberto Firmino and Mo Salah scored in a 2-0 first-leg win.

It means the game is nicely set-up ahead of the Anfield return game, though that’s put to the back of our minds now with five games across three domestic competitions to get through in quick succession, starting with Norwich in the Premier League this weekend.

While there are many changes to the style, officiating and expectations when flipping between European adventures and the routine of the league, the biggest difference right now is the fact that managers are allowed to make five subs everywhere…except in the English league game.

The temporary five-subs rule, in place since the post-Covid restart, is set to become a permanent one from next season after IFAB agreed to enshrine it in the laws of the game – but they also left scope for leagues to choose themselves whether to keep three or five domestically “according to the needs of their football environment.”

It doesn’t take much of a leap of faith to imagine that England’s finest will opt to keep the status quo, just as they have this term – and setting aside fandom, it isn’t difficult to see why.

Events at the San Siro present the case for at least three-quarters of the rest of the league.

“I thought the subs that came on made a big difference tonight,” Andy Robertson said to the club website after the game.

“Him and Naby made a big difference as well, Luis as well of course, but we brought on three subs [together on the hour mark] and that’s the beauty of it.

“It kind of changed the game because we started to get a foothold on the game and I think that’s where the credit has to go to Hendo because he got hold of the ball, grabbed the game by the scruff of the neck, which is never easy coming off the bench. I thought he was terrific tonight.” 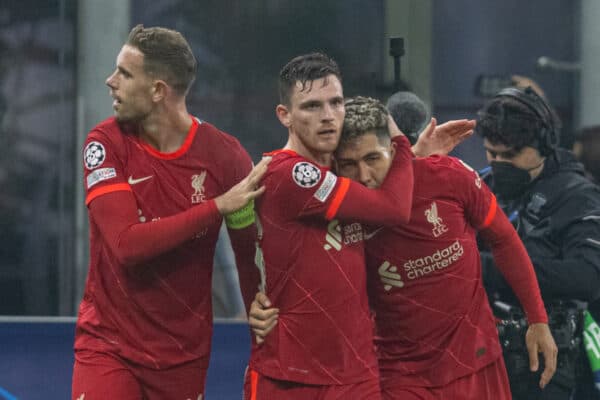 Just Robbo there, underlining the advantage managers get in having more flexibility at their fingertips…and the even bigger advantage that Liverpool, Man City and Chelsea would have – and maybe United – if the ruling came in domestically.

It’s already almost impossible for teams to keep out the Reds and their rivals, even with the starting XI.

But – and even if this is a very new situation for Jurgen Klopp to have all his squad available to choose from – it undeniably becomes more difficult when £80m of forward talent can come on, plus around the same value in midfield…and still have room to make a late change to close the game out.

What hope would a Watford or a Southampton think they have of doing so?

Rightly or wrongly – and it’s the latter in the eyes of Jurgen Klopp, who has consistently said for him it’s about the wellbeing and fitness of players – that is the criteria Premier League bosses will continue to judge the situation on.

Liverpool’s boss has had chances to make five subs in cup games and not taken them, so his argument is weakened somewhat by that inaction, too.

The Premier League has to be considered very unlikely to move to the five subs rule for 2022/23, even if all Europe’s top leagues do so (or have already done).

And yet, football is ever-changing, and eventually even the Premier League keeps up.

Subs were being made in matches from the mid-to-late 1950s onwards, but they weren’t allowed in England until 1965. It was 1996 when five subs arrived on the bench and 2008 when that increased to seven. Both of those were after other leagues had already done so. In Serie A, a 12-man bench has been allowed since 2012.

Eventually, it’s inevitable that squads will simply be made up of a starting XI and then everyone else in the squad as sub – it’ll just take England a lot longer to get there.