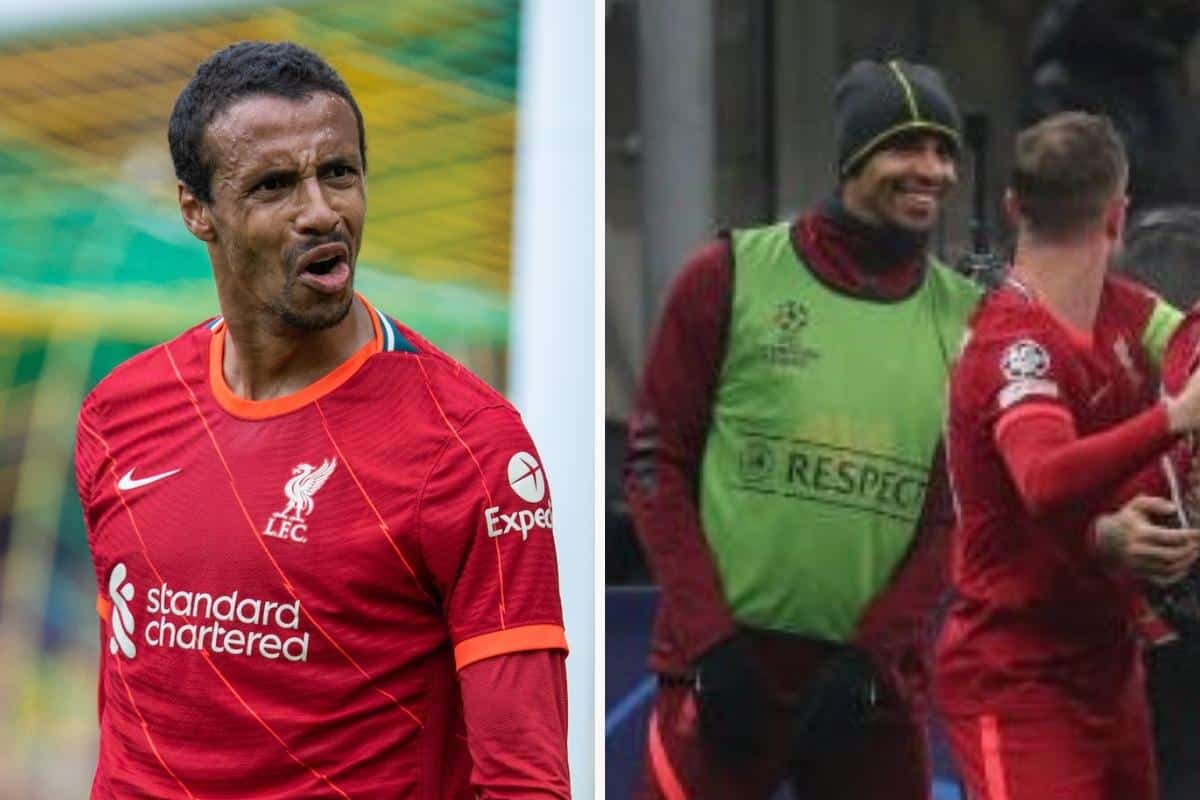 Joel Matip again delivered the goods despite not even getting any minutes on the pitch, with his part in the celebrations at the San Siro earning plenty of attention.

Liverpool’s No. 32 has been ever reliable for Jurgen Klopp this season, staying fit and already amassing 27 appearances this season.

But in addition to his attributes as a defender, it is his hilarious behaviour and reactions that provide plenty of entertainment, with his overly expressive face in a league of its own.

And he has back at it as Liverpool met Inter Milan on Wednesday night, this time from the touchline as the Reds celebrated Roberto Firmino scoring the opening goal.

Emphatic slaps on the back of the heads of his teammates earned him a death stare from Jordan Henderson, with the captain later saying in jest to “Keep your big hands away from me.”

But on the other side of the camera was a gleeful Matip and no doubt having done the rounds through the Liverpool squad, James Milner aptly summed up the moment.

Top performance from the boys and great result. Only half time though! Joel Matip continuing his run of being the world’s top meme generator as well ??#thatHendoglare#YNWA pic.twitter.com/9xzf3ILfzq

“Joel Matip continuing his run of being the world’s top meme generator,” was Milner’s analysis following the “great result,” and it’s hard to disagree.

He is the gift that keeps on giving!

Even Jamie Carragher could not overlook the gleefulness in which Matip met his captain’s glare: