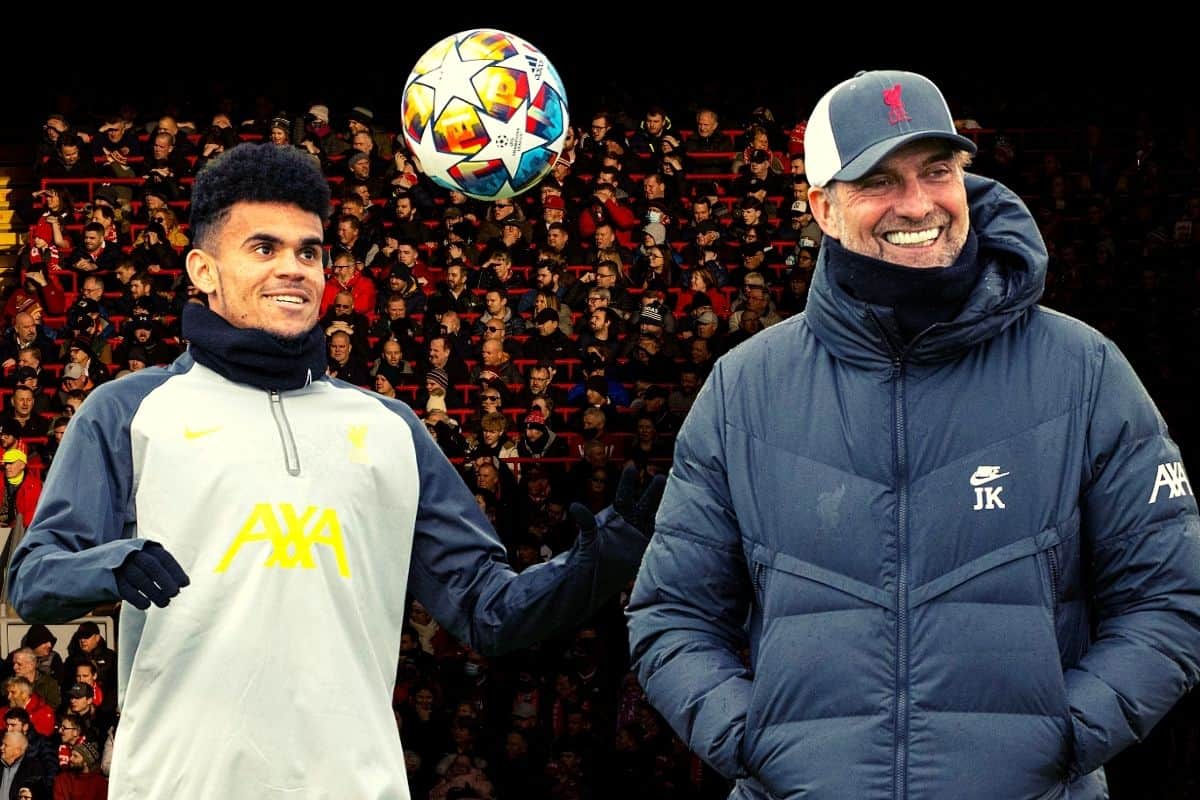 Jurgen Klopp “has a good feeling it will be a really nice story” for Luis Diaz at Liverpool, with the £50 million signing already making a big impact on his new manager.

Diaz became only the second January signing to make his full Premier League debut at the first opportunity under Klopp when he started in the 2-0 win over Leicester.

Before him, it was only Virgil van Dijk.

It is a testament to not only Klopp’s belief in the player, but also the impression he has made so soon after completing the switch from Porto just before the January deadline.

Diaz arrived when both Sadio Mane and Mohamed Salah were at the Africa Cup of Nations, but now they are back, he is expected to be given longer to adjust to his new surroundings.

This saw him go unused in the 1-0 victory at Burnley on Sunday, and Klopp re-emphasised the need for “a little bit more time” as he spoke to reporters ahead of the Champions League trip to Inter Milan.

However, the German is taken aback by Diaz’s positivity and is convinced he will enjoy a “really nice story” at Liverpool.

“Luis is a top boy, a top-class player. He showed that already in the two appearances he had now for us,” he said.

“Last game he didn’t come on. Like it is for a new player, we have to get used to different things in the team.

“We have all the other players fit, they know exactly what I want from them, so we give Luis a little bit more time to adapt to it.

“But he is an incredible player. His joy and his love for football is so obvious.

“We are so, so happy to have him here, it’s absolutely great. We expect a lot from him in the future. Now already, but in the future as well.

“I have a good feeling it will be a really nice story with Luis at Liverpool.”