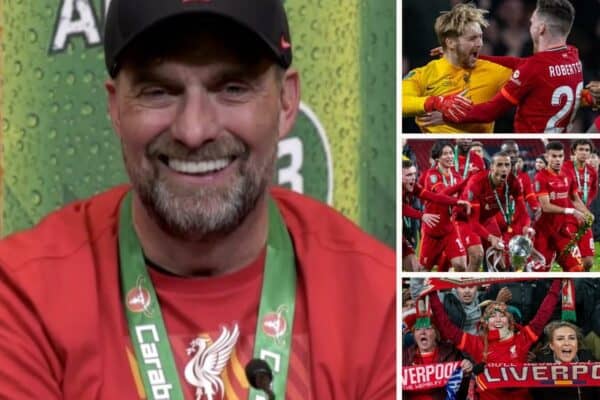 Jurgen Klopp was full of praise for Caoimhin Kelleher and savoured a moment with the Liverpool fans as he reflected on Sunday’s victory in the League Cup final.

A lot of love for Caoimh!

Best No. 2 goalkeeper in the world? That’s what Klopp thinks!

Kelleher was Liverpool’s hero at Wembley, earning a clean sheet with some outstanding saves over 120 minutes and then stepping up to score the decisive penalty.

“Alisson is the best goalie in the world, for me,” Klopp told reporters.

“But to be 100 percent honest, for me, Caoimh is the best No. 2 in the world as well! Especially for the way we play.

“He had an incredible game.”

Praise for the wider squad

When Liverpool’s teamsheet was released, attention turned to those who were left out of the 20-man group, with Curtis Jones, Joe Gomez, Harvey Elliott and Adrian the ones cut.

Elliott eventually made the squad after a pre-match injury to Thiago, but after the game, Klopp reflected on the “whole journey” and praised his wider group.

“Today I had to make a few really tough decisions,” he admitted.

“I said to the boys in the meeting, when all the boys were in: ‘This here is my squad plus!’.

“Now I have to be careful that I don’t forget anybody, but plus Tyler Morton, Conor [Bradley], Owen [Beck], Harvey [Blair] from the U18s, Elijah [Dixon-Bonner] played some minutes as well, Adrian saved our ass in Preston.

“The whole journey was absolutely outstanding.”

Celebrating with the fans!

It has been a long time since that night in Madrid, and the trophy parade on Merseyside afterwards, and the sting of being unable to lift the Premier League trophy in front of the fans was felt immensely.

While Sunday was not exactly the same, Klopp touched upon the value of once again celebrating silverware with the supporters.

“But [it is] the ninth time for the club, which is very important as well.

“Our fans were obviously quite happy about the whole thing tonight. The atmosphere was outstanding, I really loved it.

“And after the game, it was nice to celebrate with the people after a long time without any reason to celebrate – or not an opportunity to celebrate something.

“So I’m really happy about the whole thing.” 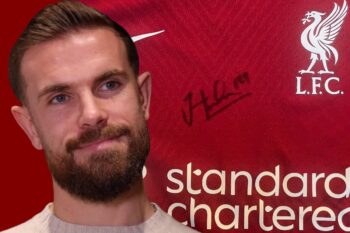 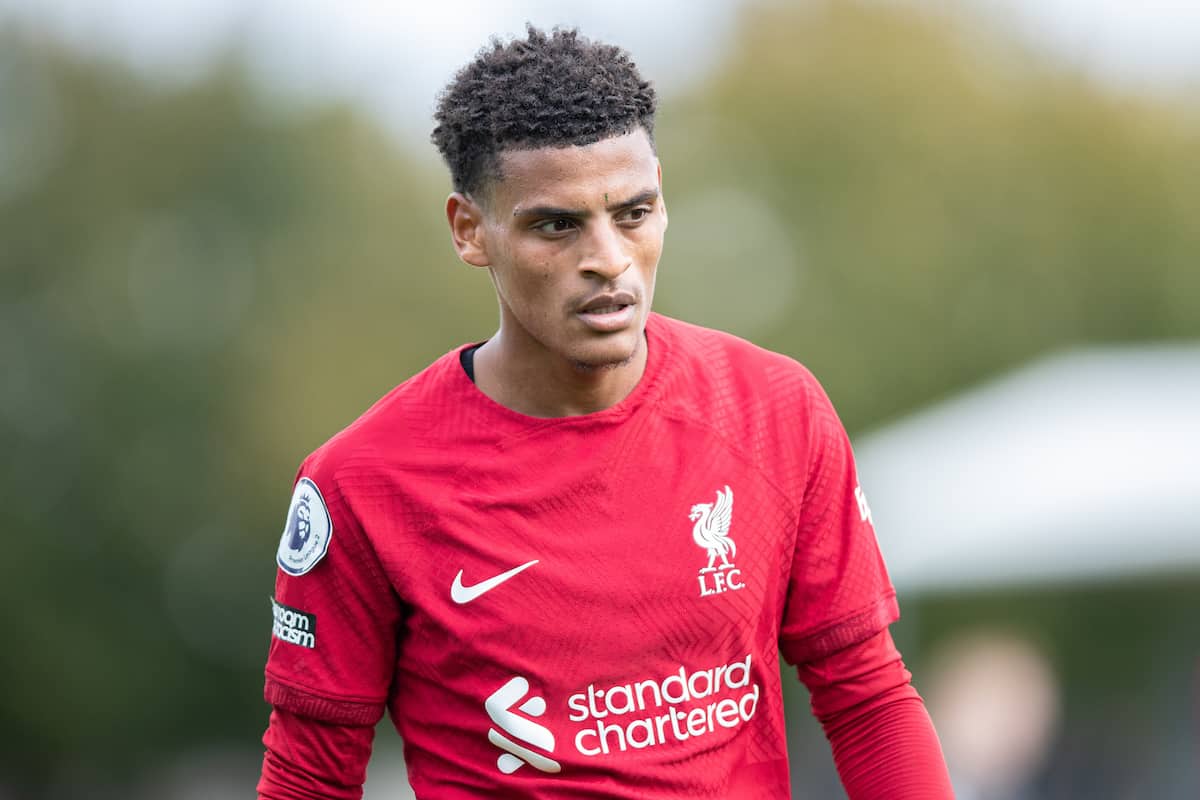