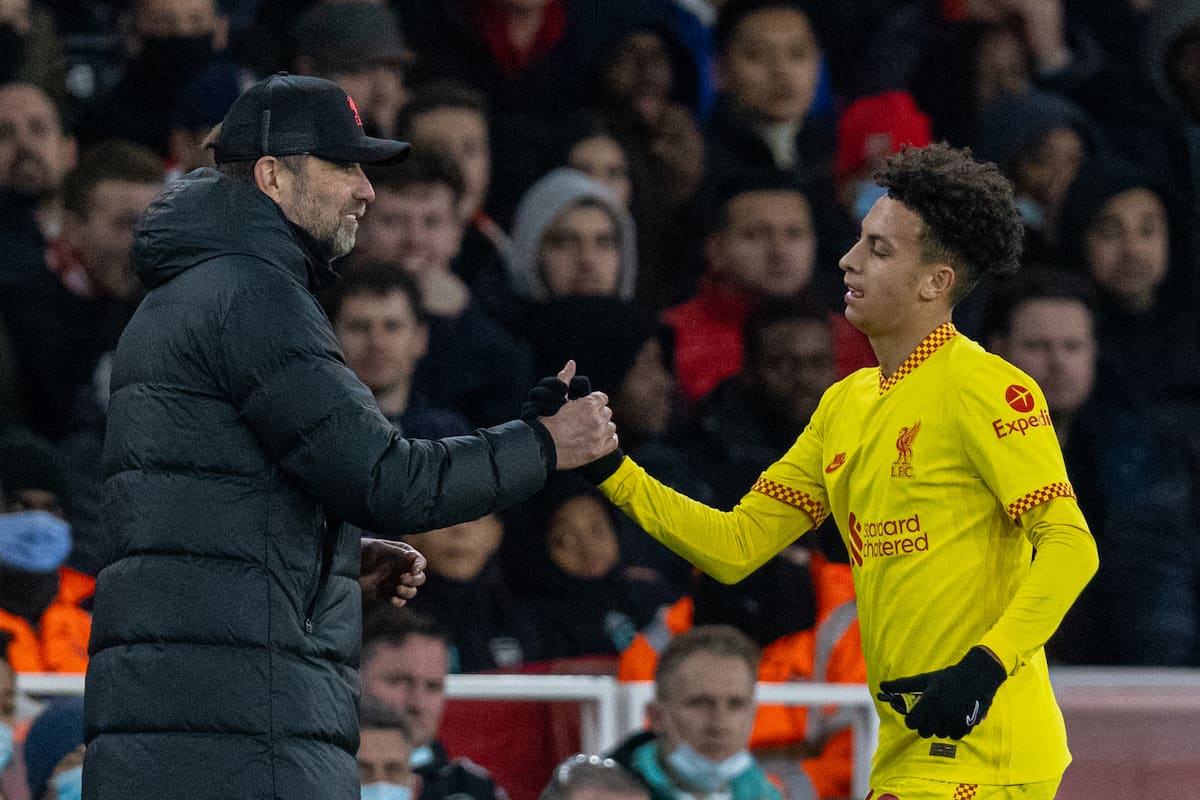 While he was at pains to “not miss anybody,” Jurgen Klopp has singled out a young trio who made a “proper impression” during Liverpool’s run to the League Cup final.

Ahead of the clash with Chelsea on Sunday, the Reds have used 29 different players on their way to Wembley, including seven called up from the youth ranks.

They joined other, more established academy products including Caoimhin Kelleher, Neco Williams, Curtis Jones and, of course, Trent Alexander-Arnold as Liverpool made it past Norwich, Preston, Leicester and Arsenal.

And with a trip to the capital to come this weekend, Klopp described the prospect of lifting the League Cup as being “for the whole club,” but “especially for the academy.”

Youngsters Owen Beck, Elijah Dixon-Bonner, Billy Koumetio and Harvey Blair all featured, while the manager named Kaide Gordon, Tyler Morton and Conor Bradley as having made a “proper impression” in the tournament. 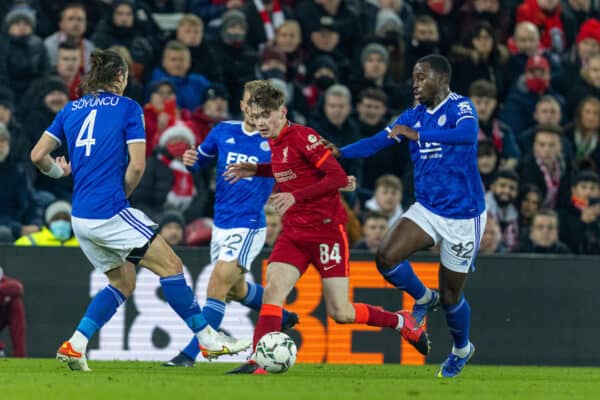 “All the different games were obviously difficult and we made a lot of changes, played a lot of kids,” he told the club’s official website.

“So it’s a really important competition and I think we used it the right way.”

It was in the third round, and the 3-0 win over Norwich, that both Bradley and Gordon made their full debuts for the club, while Morton came off the bench in that game and then started against Preston and Leicester.

Though the squad is now healthy to the point that they no longer find themselves in direct contention for a place on the bench on matchdays, it is safe to say that trio have earned a long-term role under Klopp.

That speaks to the importance of giving opportunities to academy players in the League Cup, despite accusations of Liverpool not treating the competition with respect in recent years.

“That’s why it’s so difficult to get through.”