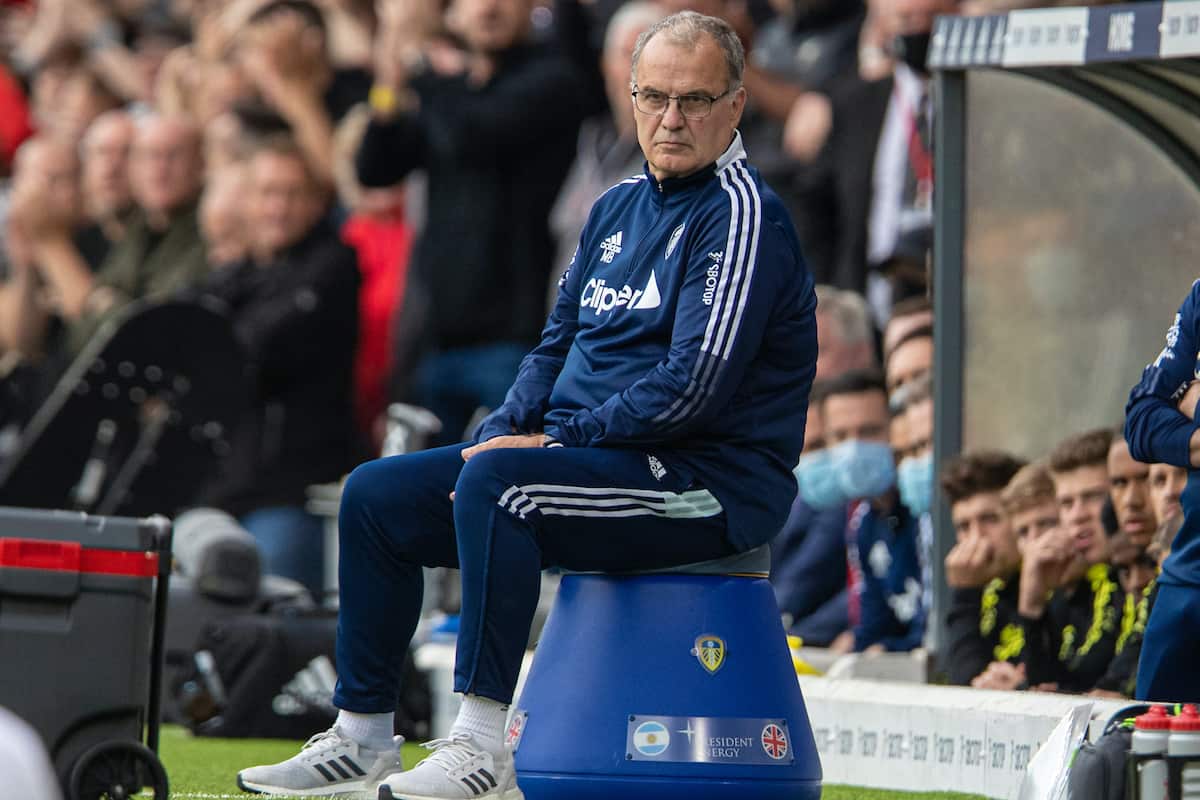 Liverpool host Leeds on Wednesday in the rearranged clash that was originally scheduled for Boxing Day, and as they were then, Marcelo Bielsa’s side continues to be hit by injury.

The Reds can take another vital step in the title race with a win at Anfield, with a victory cutting the deficit to Man City to three points with the two still to meet in April.

It makes for a crucial clash for Jurgen Klopp‘s men, but the same can be said of Leeds who are just five points above the relegation zone after three defeats and a draw in their last four.

Injuries have plagued the Yorkshire side throughout the season and they will certainly be without key trio Patrick Bamford, Kalvin Phillips and Liam Cooper in midweek.

And now they could be without Robin Koch after a head injury forced his substitution from Leeds‘ 4-2 defeat to Man United on Sunday, which drew criticism over concussion protocols.

The defender, who started in the deepest-lying midfield position in the absence of Phillips, took a hit to the head and was bandaged up before playing on, only to develop concussion symptoms. 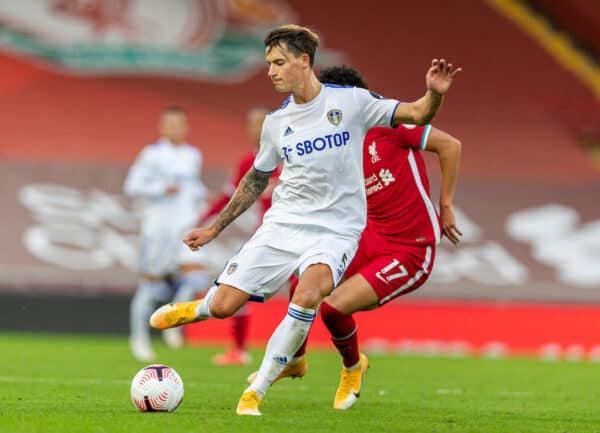 He was only then substituted and Leeds say he had “passed all of the on-field concussion screening tests” before then developing symptoms and making it known, as he was instructed.

Koch will now follow concussion protocols and that is likely to enforce a minimum recovery period of six days, which would rule him out against the Reds on Wednesday – likely seeing Pascal Struijk take his place.

Liverpool, on the other hand, are to be without Roberto Firmino and Diogo Jota after both were added to the injury list after the win at the San Siro, although there is optimism over the latter making a comeback sooner rather than later.