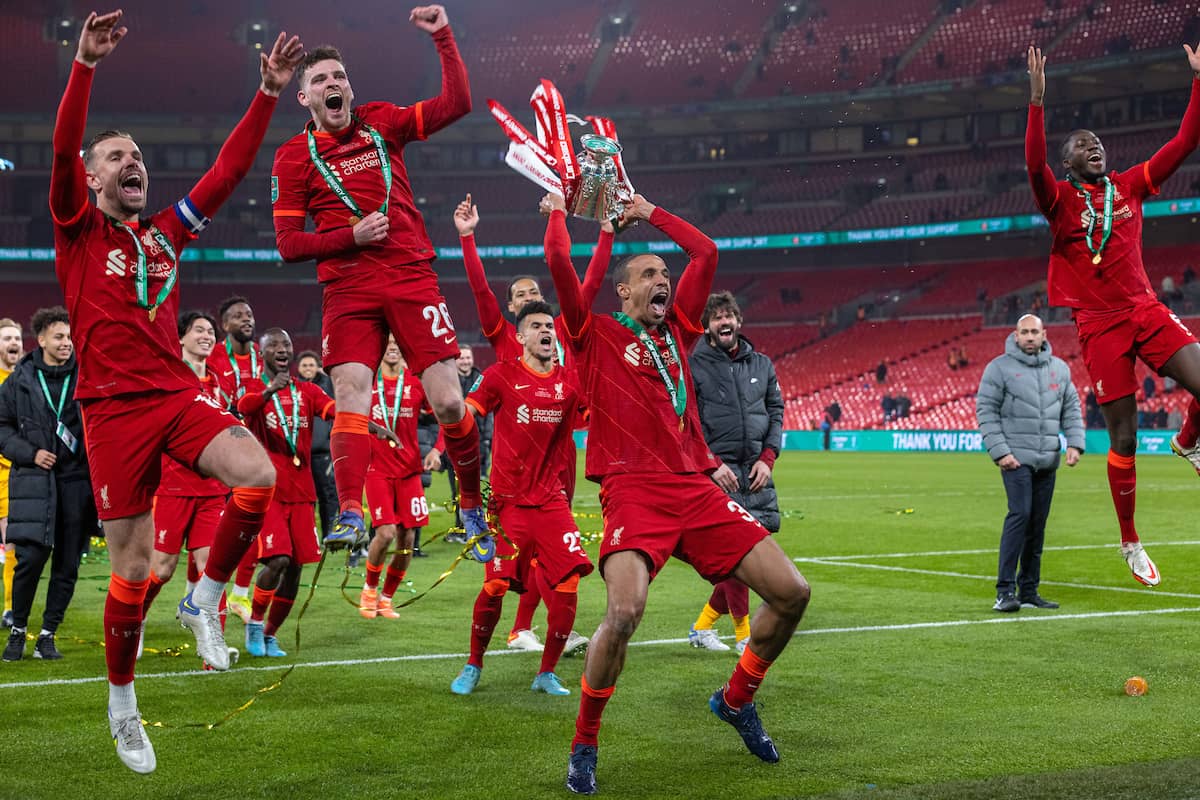 Liverpool beat Chelsea 11-10 on penalties to win the League Cup, with supporters in raptures after the final whistle.

The Reds faced their first domestic cup final in six years at Wembley, as they came up against the reigning European champions.

Chances came and went for both sides in the first half, with Christian Pulisic and Mason Mount missing huge opportunities and Edouard Mendy somehow denying Sadio Mane.

Joel Matip thought he had headed Liverpool in front midway through the second half, but VAR ruled the goal out after an infringement from Virgil van Dijk.

Extra time and penalties were required to separate the two sides, with the Reds prevailing a quite remarkable shootout.

There was huge joy at the final whistle…

WHAT A MATCH! Unbelievable final! 21 consecutive penalties made, unreal! #LFC

The balls on those lads there. Mentality Monsters!!!

“Get in you Reds, so so proud hard fought fight, you deserve it and more!!!!!! YNWA”

I hate penalty shootouts almost as much as I hate the PGMOL. But what a wonderful way to win it, the young Cork keeper scoring the winning penalty and seeing the doofus Kepa fail to keep his cool after pushing the rules all through the shootout. #LFC

There was lots of love for Caoimhin Kelleher…

An Irish player with a deciding role in a cup final, by gar it's been a while pic.twitter.com/0Jp10E6mYW

THE GLORY IS YOURS

That cup belongs to Kelleher. Has been phenomenal every game, superb tonight. A real talent.

Absolutely love all these boys.

Absolutely love that it was Kelleher in the end.

Balls of steel from the boy from Cork. So good for all the squad that. All played their part.

Get the ball to Caoimhin and he will score.

Luis Diaz was magnificent for the Reds…

Still only month one of Luis Diaz’s Liverpool career.

Luis Diaz. What a signing.

“Kelleher will get all the plaudits but how good was Luis Diaz?”

Diaz was motm for me what a player

Luis Diaz is MOTM. What a baller

The quadruple is very much on… 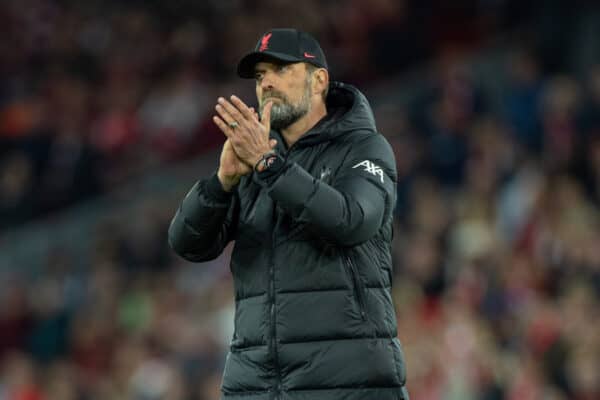