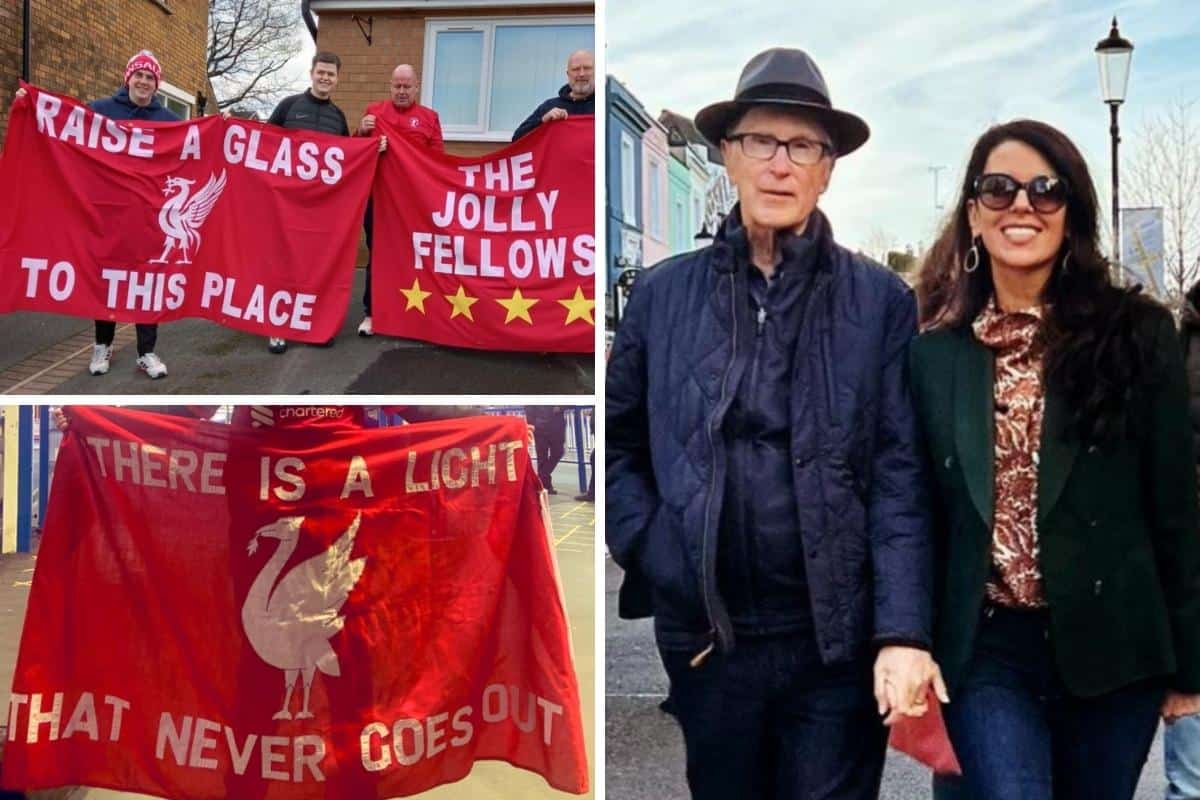 Liverpool are in their first final since December 2019 and as fans flock south to Wembley, John Henry is also in town for the occasion as Jurgen Klopp‘s men meet Chelsea.

It’s a big day for the Reds and fans are travelling in their thousands from all directions to make Anfield South its imposing best, on a day that the first trophy of the season is up for grabs.

The squad have openly discussed the boost it would provide for the three remaining competitions after Sunday, with the chance to finally celebrate with the fans also firmly on their minds.

And they will also be watched on by Henry and his wife Linda, with the pair enjoying the sights of London over the weekend before the big clash.

The last time they were officially spotted at a Liverpool game was back in January 2020, when the Reds hosted Man United in a game that all but secured the league title.

Of course, only months later the pandemic would hit and this now appears their first voyage back across the Atlantic since.

Reds, meanwhile, have all made or are making their way down to the capital in various forms of transport and relishing the day that lies in wait:

“Take me out tonight where there's music and there's people and they're young and alive”. This flag was goin’ the game before he was even born ?. Tomorrow – his first #LFC final ?? #Wembley #YNWA ? pic.twitter.com/WycIyiiRSa

Happy birthday mate off to Wembley in the morning pic.twitter.com/lQGkNdqDyo

The LFC team greeted by fans at their hotel in Wembley pic.twitter.com/Twobq58Wwr

Thank you to Rishi, Deb and Angela @lfc the @premierleague and Mark and Brendan at Jumbalance. Our Reds are on the way to Wembley!! pic.twitter.com/SimIIBVQTJ

It’s a day to savour and you can rest assured that Anfield South will look as glorious as ever, and seeing the excitement of others only makes the day more special.