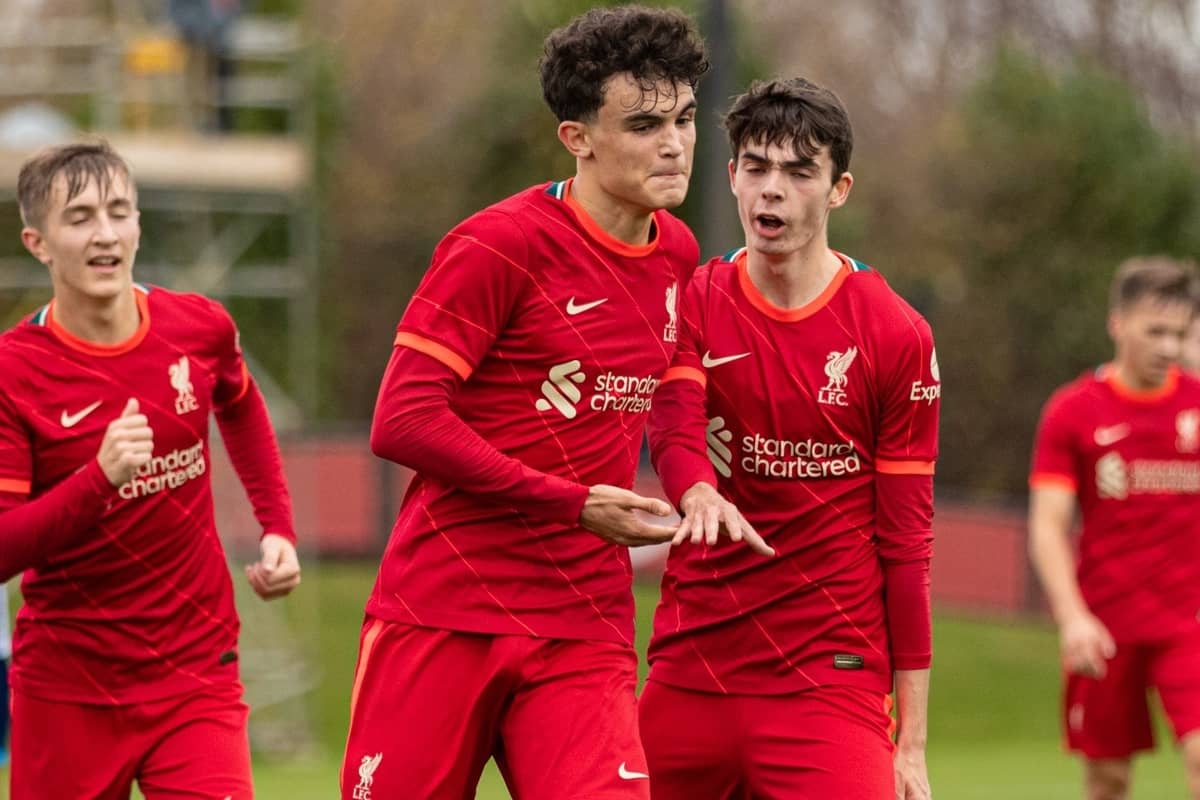 Liverpool have learned their next opponents in the last 16 of the UEFA Youth League, with the under-19s’ route to the final in Nyon on April 25 now laid clear.

The young Reds produced an excellent start to life back in Europe’s top-tier youth tournament, finishing top of Group B after a year away due to the pandemic.

That included victories over each of AC Milan, Atletico Madrid and Porto, with forward Max Woltman finishing as their top scorer in the group stage with three.

After a three-month break, the UEFA Youth League will resume at the beginning of March, and the draw for the knockout stages was held on Monday morning.

Liverpool have been drawn against Genk in the last 16, with the one-legged tie to be held at Kirkby on March 1/2, full details of which will be confirmed in due course.

With the remainder of the draw also laying out the quarter-final, semi-final and final brackets, the young Reds know who they could face if they progress.

Victory over Genk would pit Marc Bridge-Wilkinson and Barry Lewtas‘ side against either AZ Alkmaar or Juventus, taking place on March 15/16.

The semi-finals and final are to take place over four days in UEFA’s base city in Nyon, starting on April 22 and concluding on April 25.

Liverpool could play any of Dynamo Kyiv, Sporting CP, Midtjylland or Benfica in the semi-finals, while Paris Saint-Germain, Sevilla, MSK Zilina, Salzburg, Man United, Dortmund, Real Madrid or Atletico Madrid would await in the final.

The UEFA Youth League was established in 2013, replacing the now-defunct NextGen Series, with Liverpool taking part in five out of eight tournaments so far.

Since their first entry in 2014/15, the young Reds have never progressed beyond the quarter-finals, however, with their best showing coming in 2017/18, when they beat Man United in the last 16 but then went on to lost to Man City.

Twice they have been knocked out at the last-16 stage by Benfica, including in 2019/20, when Tyler Morton scored but both Leighton Clarkson and Sepp van den Berg were sent off in a 4-1 defeat.