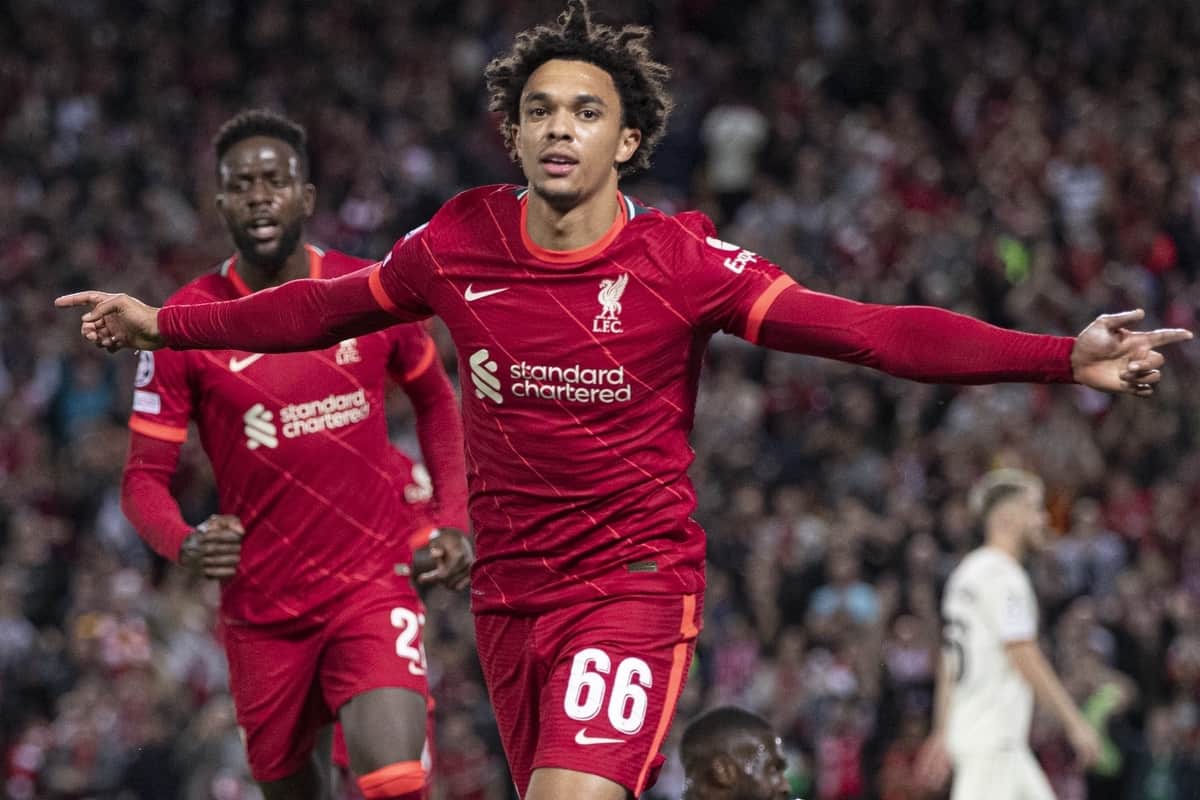 Trent Alexander-Arnold believes that Liverpool’s “minimum target” should be at least a trophy every season, as he drew comparison to Man City‘s Champions League plight.

The Reds find themselves in a strong position for the second half of the season, with a fully fit squad boosted by the signing of Luis Diaz and still fighting on four fronts.

Already into the final of the League Cup, Liverpool are nine points behind City in the league with a game in hand, and on Wednesday night can ensure one foot is in the quarter-finals of the Champions League.

Speaking ahead of the trip to Inter Milan, Alexander-Arnold was full of confidence as he defended the Reds’ current trophy haul and set their ongoing target.

“We don’t feel disappointed that we haven’t won enough trophies, because we feel like the trophies we have won are the biggest and the best that you can get your hands on,” he told reporters.

“Obviously not making any digs, but you look at Man City‘s amazing team – they haven’t been able to lift the Champions League.

“They’ve won a couple of Prems, but they haven’t been able to win the Champions League. 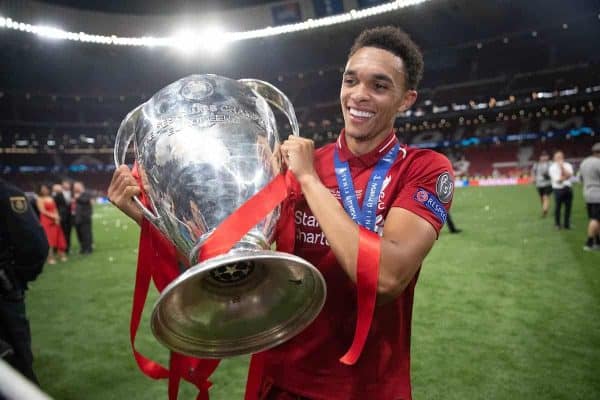 “We’ve won both over the last few years, so it just shows we’re able to do it in both competitions.

“I think there’s an expectation now, as a team, as players, to win trophies.

“I think one trophy minimum a season is what we need to be achieving, and obviously next week we have the opportunity to go and grab that [in the League Cup final].

“But with the squad we’ve got, the team, the players, the manager, we should be winning trophies.

“We expect that of ourselves, and if we don’t, then it’s a massive disappointment. So yeah, it’s expected now.

“We’re not in that phase anymore where we’re happy to get to finals and it’s a little bit of a surprise and it’s a day out.

“There’s an expectation now to be doing that every season.”

While Alexander-Arnold admitted Liverpool are left to hope for City to slip up in the league, the one-off nature of cup ties gives him belief that at least three trophies could be on the cards.

“As a team, as a club, we expect ourselves to go as far as we can in competitions,” he insisted.

“I think, looking at it now, there’s only the league that’s not really in our hands.

“All the other cup competitions we are in, we believe we can win them.

“We believe we can beat anyone on our day if we get it right.

“The only one is the league, but anything can happen there. The other three competitions, we believe that we’re able to win them.”

The right-back added: “Every competition we’re in, we believe we can win, especially the Champions League.”