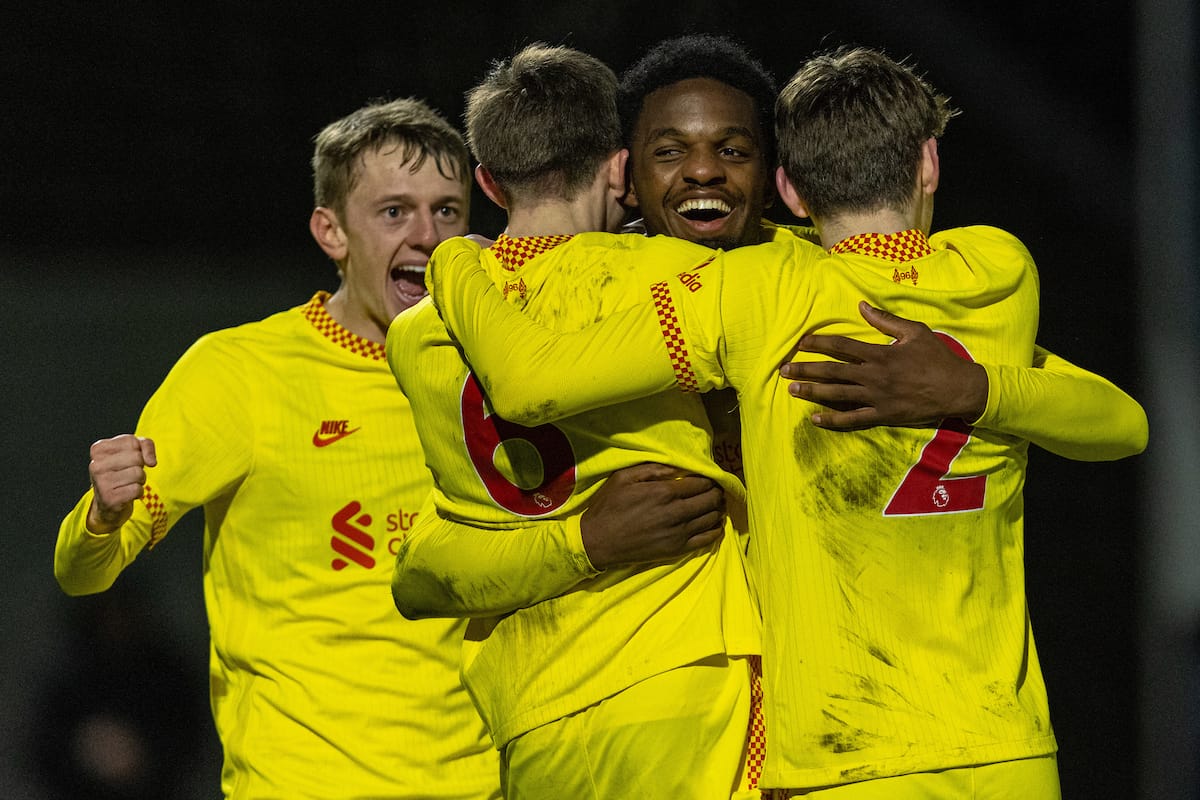 The Liverpool under-23s produced an excellent display as they thrashed Arsenal for the second time this season, but their 4-1 victory was soured by Tyler Morton’s injury.

The young Reds are onto the final furlong as they look to finish the Premier League 2 campaign strong, with their last seven games of the season pitting them against five sides in the top six and a direct rival in mid-table.

Friday evening saw Barry Lewtas‘ side travel to Borehamwood, where they faced off against Arsenal, who are vying with West Ham and Man United for a second-placed finish behind likely champions Man City.

Lewtas was without the likes of Kaide Gordon, Mateusz Musialowski and Owen Beck, but was still able to name a strong side including Rhys Williams at centre-back. 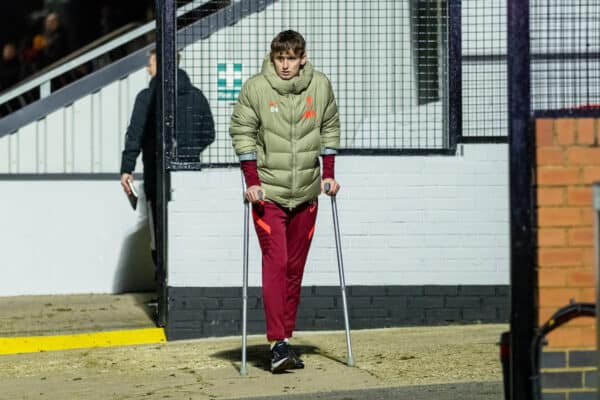 Liverpool started well but were rocked by the sight of Morton left on the turf after a 50-50 in the middle of the park, with the midfielder forced off and later seen on crutches – though Lewtas is hopeful it was only a dead leg.

Dominic Corness, who trained with the first team in midweek, replaced Morton and the young Reds were a goal up before half-time, as Jack Bearne saw his effort deflected in off Arsenal midfielder Miguel Azeez.

A deep corner from Leighton Clarkson allowed Billy Koumetio to crash home a header to make it 2-0 after the break, but a smart chip from Miguel Flores reduced the deficit.

Conor Bradley, who could be among those invited to travel with the senior squad for the League Cup final on Sunday, then turned on the style and restored the two-goal lead as he fired in after an exchange with Bearne. 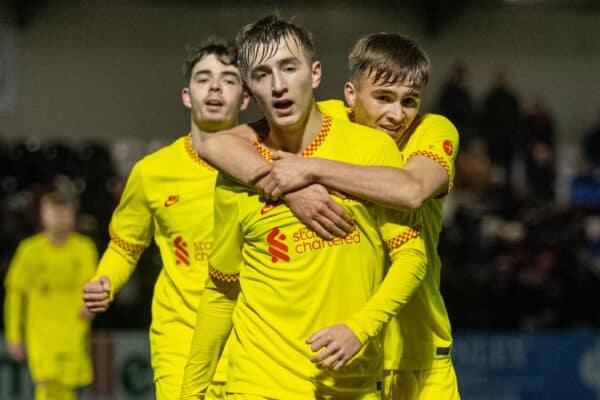 By that point, Arsenal had received their now-customary red card, and Max Woltman added the gloss on a comfortable win for Liverpool in the final minute of stoppage time.

The victory follows a 3-0 win over the Gunners at Anfield back in October, and maintains hope of a strong finish to the campaign, as clashes with Tottenham, Man City, Chelsea, West Ham, Leicester and Man United await.