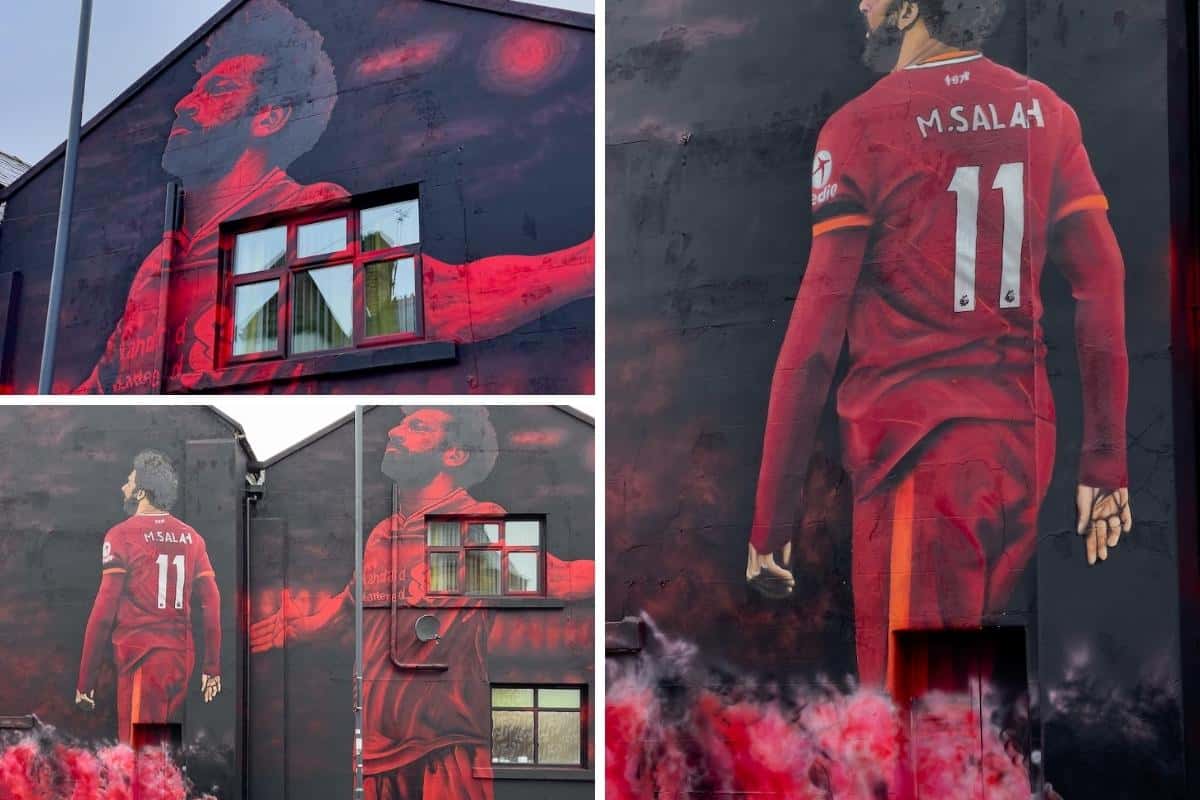 An amazing new Mohamed Salah mural on Anfield Road has now been completed, with a series of photos showcasing the artwork, a short walk from Anfield, in full.

Mural artist John Culshaw has been working on the stunning piece, located opposite the King Harry on Anfield Road, over the international break.

It depicts two iconic Salah celebrations, from during the 2-1 win at Man City in the Champions League in 2018 and the 4-1 victory over Everton in this season’s Merseyside derby at Goodison Park. 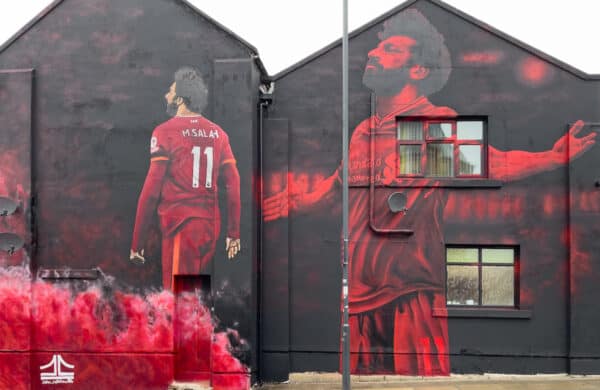 Following a fan vote led by Hotel Anfield, 40 percent of voters chose Liverpool’s No. 11 to be the next legend immortalised with a mural. 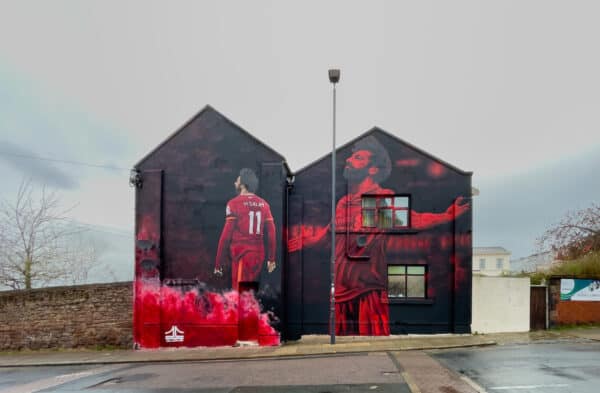 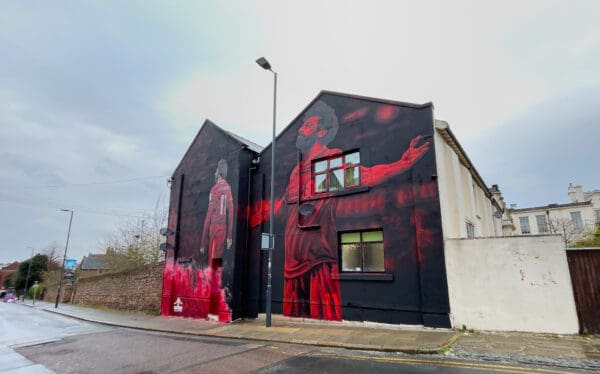 The mural will be officially unveiled between 10.30am and 11am on Saturday, April 2, when the team bus passes by ahead of the Premier League meeting with Watford. 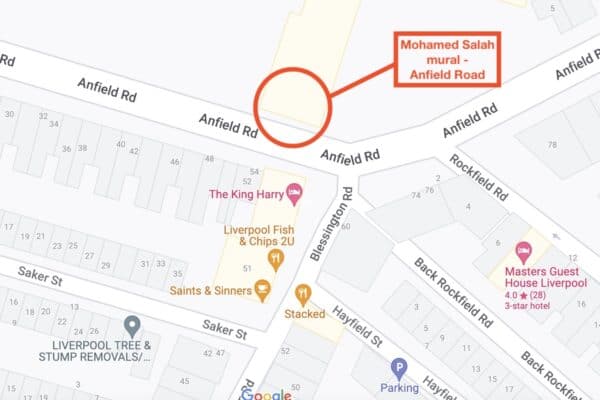 It joins similar tributes to Trent Alexander-Arnold (by Manchester-based artist Akse) and Jordan Henderson (by Murwalls LTD), which sit opposite each other where Sybil Road meets Anfield Road.

Another Henderson mural is situated on Old Barn Road, between Breck Road and Oakfield Road, and was produced by local artist Paul Curtis. 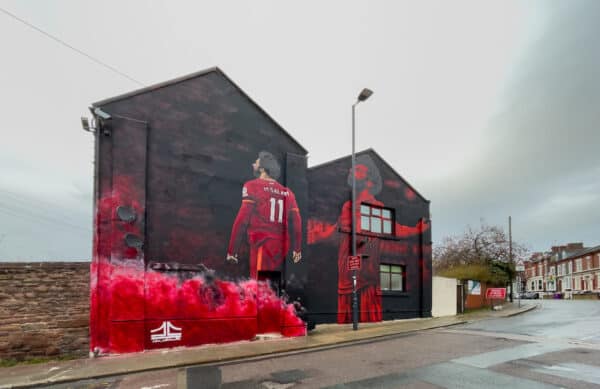 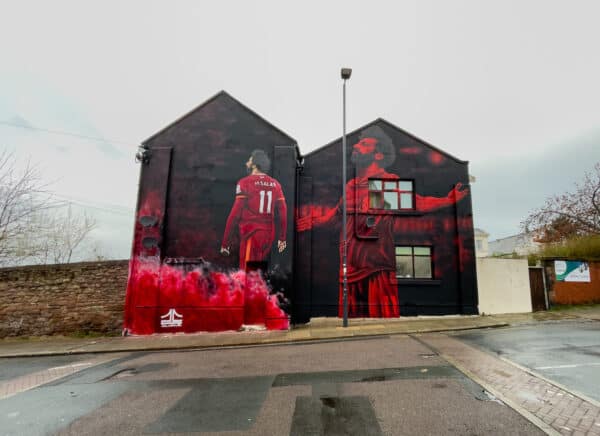 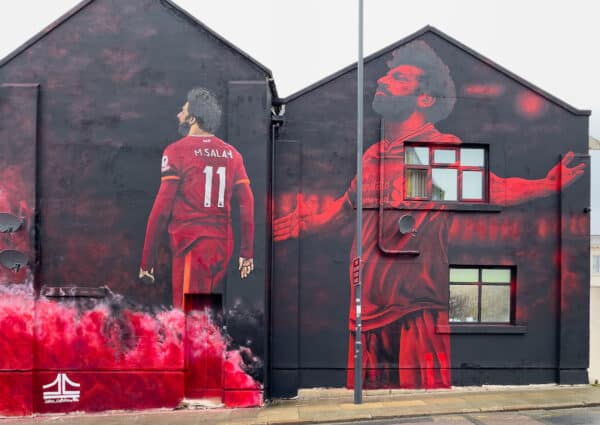 This season has seen Salah overtake Jack Parkinson, Sam Raybould and Harry Chambers as the ninth-highest goalscorer in the history of Liverpool FC.

The 29-year-old has scored 153 goals in 239 appearances for the Reds, and is only five below Michael Owen in eighth. 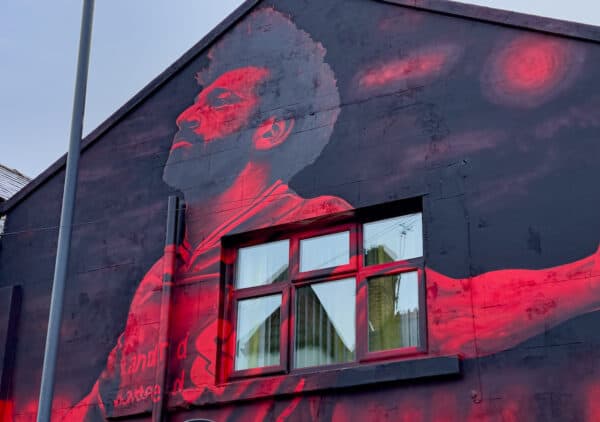 Among Liverpool’s top 100 scorers of all time, only Gordon Hodgson boasts as prolific a record as Salah, with the pair both scoring once every 1.56 games on average.