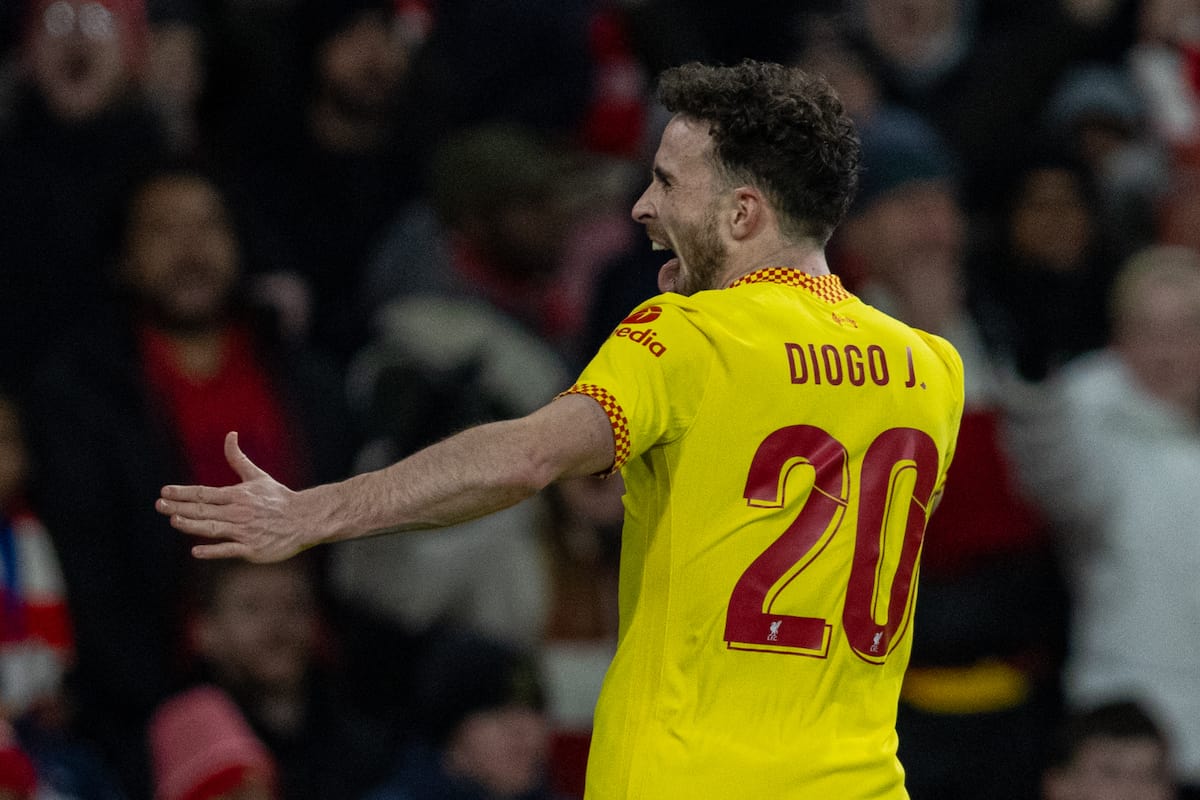 It’s a big night in north London as Liverpool meet Arsenal for the fourth time this season amid a tightly contested title race, with Mo Salah named on the bench.

The feeling around this game is all too familiar and will continue to be for a number of weeks and months yet, with the stakes known to all.

But to spell it out, a win tonight moves Liverpool just a point behind Man City after 29 games. Safe to say, there’s a lot on the line.

And for the big occasion, Alisson is in goal behind an unchanged back four of Trent Alexander-Arnold, Joel Matip, Virgil van Dijk and Andy Robertson.

In the middle of the park, Fabinho’s duties continue alongside Jordan Henderson and Thiago.

As for the front three, the manager has named Luis Diaz, Sadio Mane and Diogo Jota to start.

And with no new injuries, only two absentees due to illness, Klopp has a bench of game-changers for if and when needed, including Roberto Firmino and Salah. 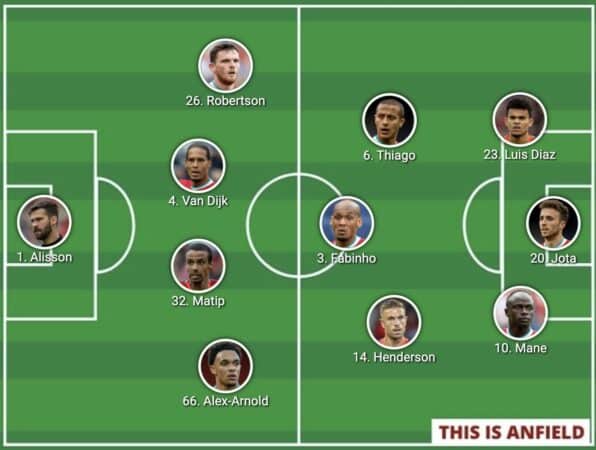