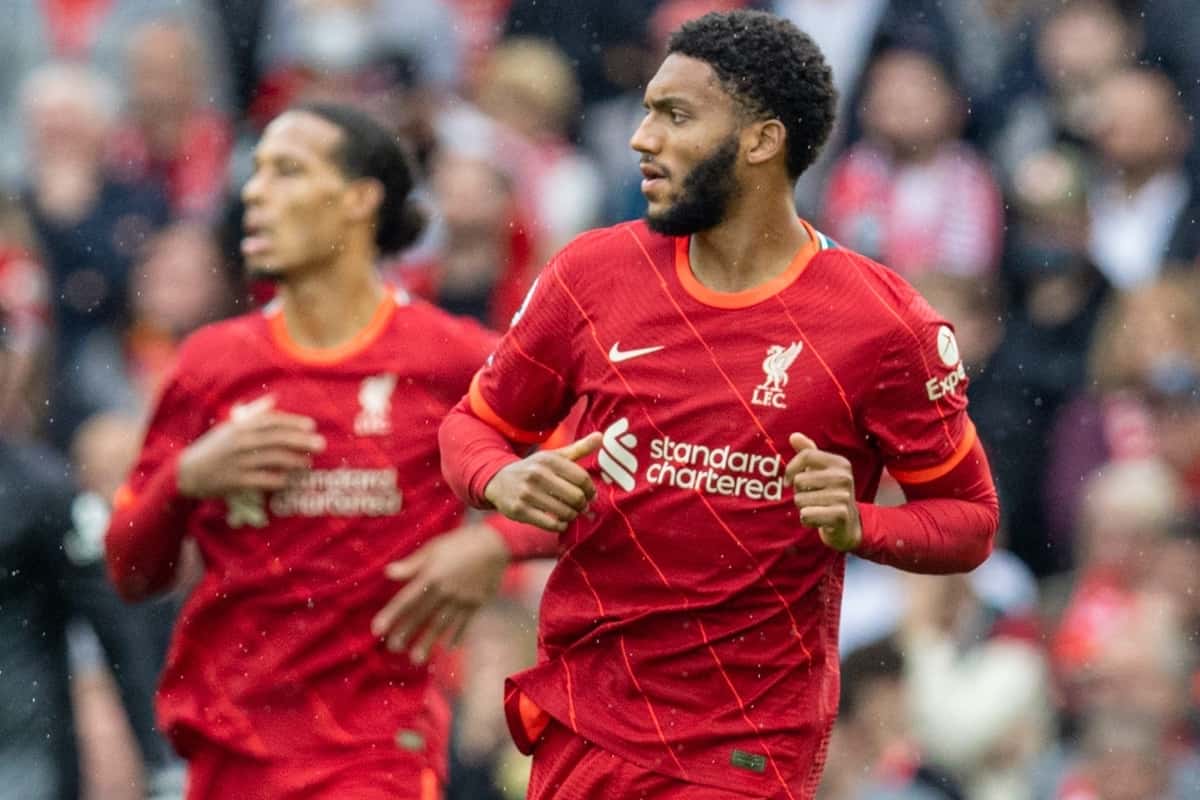 Confirmed Liverpool vs. Forest: Gomez starts at right-back amid 7 changes

Another big game awaits Liverpool on the eve of the international break, with a place in the FA Cup semi-final on the line, and Jurgen Klopp has made seven changes to his XI.

The Reds were last in action four days ago with a significant 2-0 win over Arsenal another injection of the feel-good factor as the gap to the top in the league was reduced to just one point.

But now all attention is back on the cup, with this a must-win to ensure Liverpool return from the break with all three competitions still on the spin.

The manager spoke of his desire to have a side “fresh enough, physically and mentally, for the game and really is going for it” in the build-up and now it’s time to show that on the pitch.

Alisson remains in goal, behind a back four of Joe Gomez, at right-back, Ibrahima Konate, Virgil van Dijk and Kostas Tsimikas.

In midfield, Fabinho is in his usual No. 6 role. Alongside him will be Naby Keita and either Alex Oxlade-Chamberlain or Harvey Elliott.

The other of Elliott and Oxlade-Chamberlain will then start on the right of the front three, alongside Roberto Firmino and Diogo Jota.

Klopp has named a nine-man bench and has plenty of options up his sleeve, and five substitutions are available to the boss tonight. 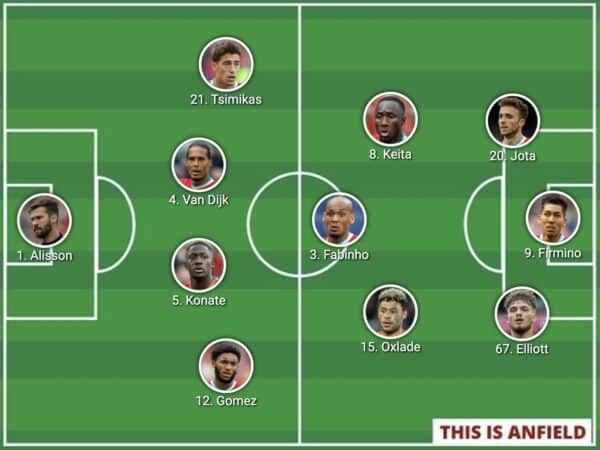