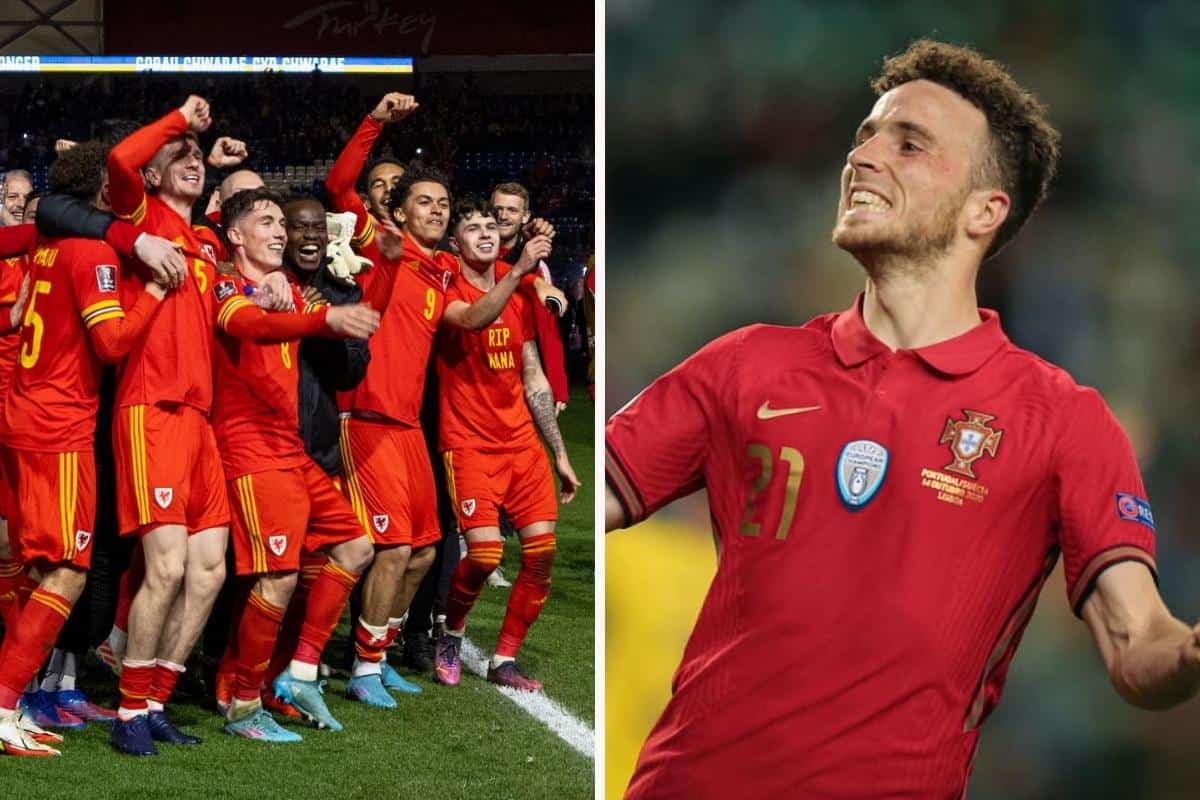 Diogo Jota and Neco Williams are one win away from securing their place in the 2022 World Cup, with the former providing a goal for Portugal as the latter impressed for Wales.

The three remaining European places at the World Cup are to be settled by the play-offs, with Jota, Williams and Andy Robertson all vying for one of those much sought after spots.

And on Thursday night, Wales and Portugal moved one step closer to their dream after wins against Austria and Turkey respectively.

Jota’s former home ground, the Estadio do Dragao hosted Portugal’s semi-final against Turkey with Liverpool’s No. 20 playing a prominent role during his 71 minutes on the pitch.

It started with a stretched effort that flew agonisingly over the crossbar for Jota before Otavio broke the deadlock after 15 minutes, as chances came thick and fast for the hosts.

But their next breakthrough was not until the clock struck 42 minutes, with Jota picked out by the first goalscorer before steering a brilliant header into the bottom corner from just ahead of the penalty spot.

Ozan Kabak could only watch on and Cakir did not stand a chance in the Turkey goal.

It’s another headed goal to add to the list for the 25-year-old and it proved an important one as Turkey asked more questions in the second half before Nunes added the finishing touches for a 3-1 win.

Fernando Santos’ side will now meet North Macedonia, who knocked European champions Italy out, on Tuesday to decide who is on the plane to Qatar.

As for Williams, the 20-year-old was deployed at left-wing-back for Wales once more and duly impressed, with his rise in confidence clear for all to see.

Wales are hunting their first World Cup appearance since 1958 and thanks to two sublime Gareth Bale strikes in either half, they are only one win away against either Scotland or Ukraine in the summer.

It was a highly-charged atmosphere at the Cardiff City Stadium and Williams was one of the standouts on the night as Wales largely kept Austria at bay in their 2-1 win, while offering plenty of threat of their own.

As for Williams’ individual performance, Wales Online stated that “his composure on the ball goes well beyond his years or experience” and that he is “already a massive, massive player for his country.”

With fearless runs into the box at one end and a vital block early on at the other, it was an eyecatching outing for Williams who continues to thrive for his country.