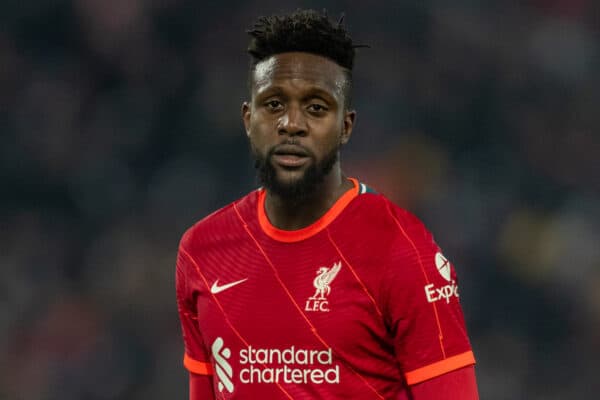 Divock Origi is expected to agree a long-term contract with AC Milan as early as this week, with a reliable source confirming the Serie A club’s interest.

Origi is into the final four months of his deal with Liverpool, and though there is a one-year extension clause in his contract, he is not set to reach the number of appearances required to trigger it.

The Belgian will, therefore, depart on a free transfer at the end of the season, which will close an eight-year spell with the Reds that has seen him play 171 times so far.

Burnley, Newcastle and Atalanta were all credited with an interest in Origi during the January transfer window, while he has been repeatedly linked with clubs in Turkey.

But it appears as though Milan will be the 26-year-old’s next destination, with Sky Sports corroborating news from Italy that he is “close” to reaching a pre-contract agreement.

It is reported that a deal could even be struck “within the next week,” as Milan look to add youth to a forward line that includes Olivier Giroud, 36 in September, and Zlatan Ibrahimovic, 41 in October.

However, Italian journalist Gianluca Di Marzio, who works with Sky Italia, has reported
that there is still a compromise to be reached when it comes to Origi’s potential wage at the San Siro.

Di Marzio claims that Origi is open to the four-year deal presented by Milan, but Liverpool’s No. 27 is seeking a wage of around £72,000 a week while the Serie A outfit are offering £48,000 a week.

The suggestion is that a salary of £64,000 a week would be enough to secure his signature, with Origi’s representatives awaiting their next meeting.

On face value, he would suit the move to Serie A with Milan, particularly given the prospect of becoming first-choice striker as Giroud and Ibrahimovic are gradually fazed out.

His exit will be a bittersweet one for Liverpool, however, with Origi undoubtedly a key player in the club’s rise to success, but one who has seen his opportunities limited due to the world-class competition in attack.