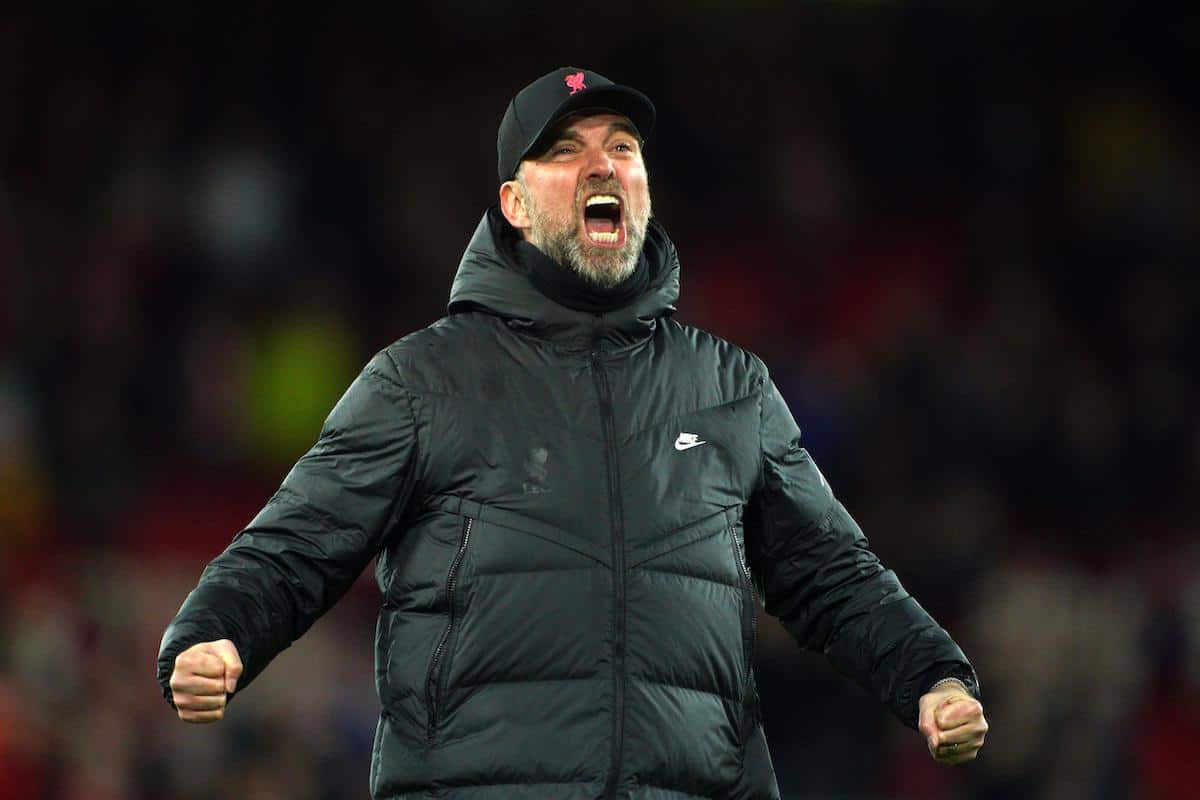 Liverpool manager Jurgen Klopp is keen to ensure the incessant focus on their Premier League title race with Manchester City does not detract from the wider picture of keeping an unprecedented quadruple on track.

Wednesday’s win at Arsenal reduced the gap at the top to just a point, with a trip to the Etihad to come next month.

And when things resume after the international break Klopp’s side have a chance to go top for the first time since late September as they have a Saturday lunchtime kick-off at home to struggling Watford.

The intensifying tussle between the two north-west rivals has somewhat deflected attention from the FA Cup quarter-final against Nottingham Forest at the City Ground, where top-flight sides Arsenal and Leicester have already been beaten.

“If we take only a little bit off the gas… not even fully, just a little bit – gone. Three competitions, ‘See you later’, no chance,” said Klopp. 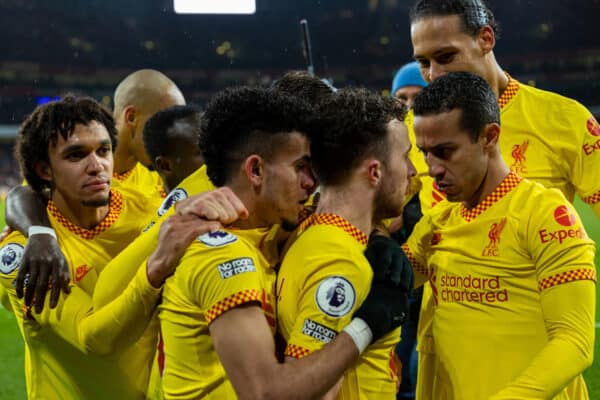 “If we just go in that direction thinking, ‘That’s a little bit of a relief’ (the FA Cup) that would be a problem.

“Yes, they are a Championship side but one in a really good moment. You can see how they set up in a system, big talent in the team as well – probably the whole Premier League is after them.

“So it is a really tough one and the challenge at this moment is to know about the positivity of the situation but to push it aside.

“Be just as greedy, angry and desperate to win the next game as if we were in the worst position in the table, like if you don’t win that then it’s all over.

“That’s the situation we are in – to get always before kick-off to be the one team that nobody wants to play against and we try that again against Nottingham.

“The only way I know is to stay completely focused on the next game and that is Nottingham and we already have more problems than I wish because of one position (right-back Trent Alexander-Arnold’s hamstring injury), Covid here and there, and then Nottingham coming up.”