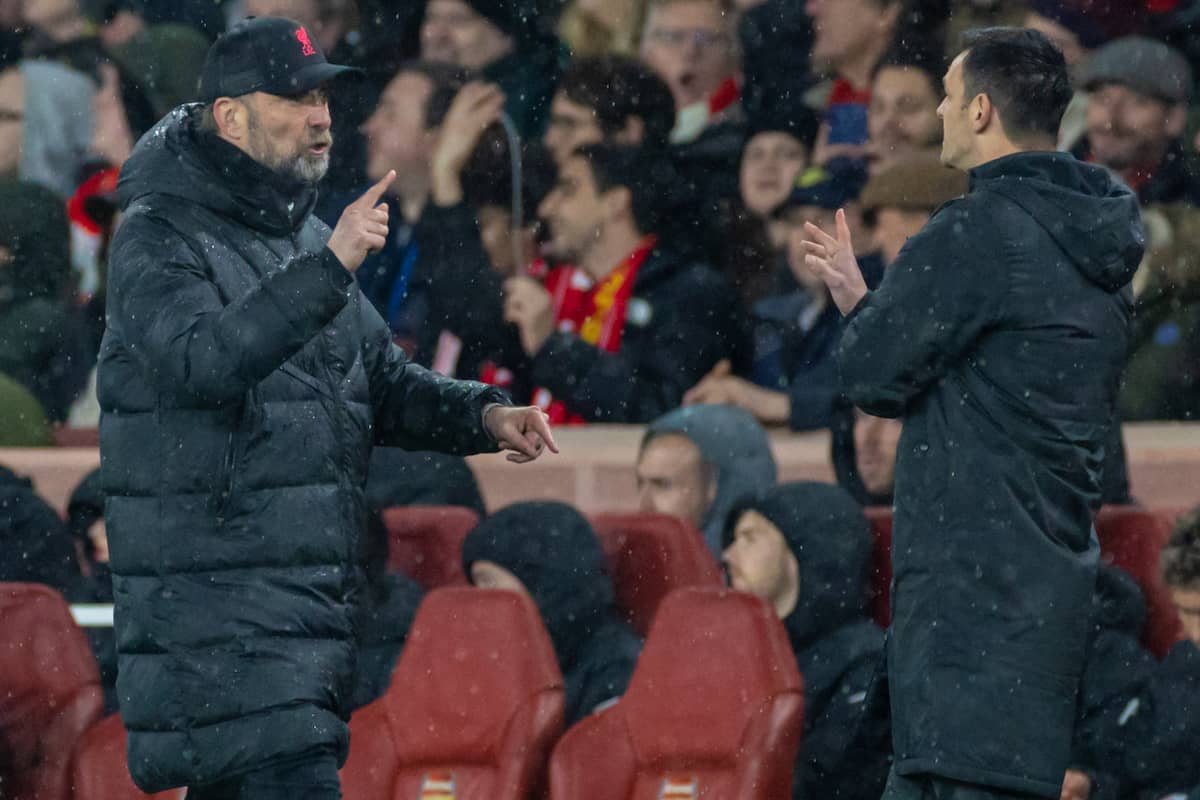 Jurgen Klopp is “sick of” the treatment of Sadio Mane by referees, with the Liverpool boss explaining his heated exchange with the fourth official at Arsenal.

Before the trip to the Emirates, Klopp noted the “crazy” statistic that showed how fouls on Mohamed Salah are more often overlooked compared to other forwards.

And after 90 minutes of Mane being, as he saw it, mistreated by referee Andre Marriner, the manager leapt to the defence of his No. 10, who has often been labelled a ‘diver’.

This came after Klopp was seen in a furious exchange with fourth official Andy Madley, which he explained in his post-match press conference.

“The situation with Sadio Mane. I’m sick of it, sick of it that you take a player out, it’s like [an Arsenal defender] could have done what he wanted,” he told reporters.

“Everything was he fouled or he didn’t get fouled. That was what I was talking about, nothing to do with the game.

“Really, I have no idea. Maybe somebody can explain it to me why Sadio doesn’t get free-kicks, and don’t tell me he’s a diver or whatever.

“He’s not. I know him better than anybody else. He’s not.

“And maybe one isn’t a clear foul, but for him it’s always like this. If it’s one, maybe only a little contact and he goes down, then you will see it the next five situations, not even for the proper ones he gets a free-kick.

“That was what I was [talking about].

“Just look the situations back and tell me that’s always not a foul. 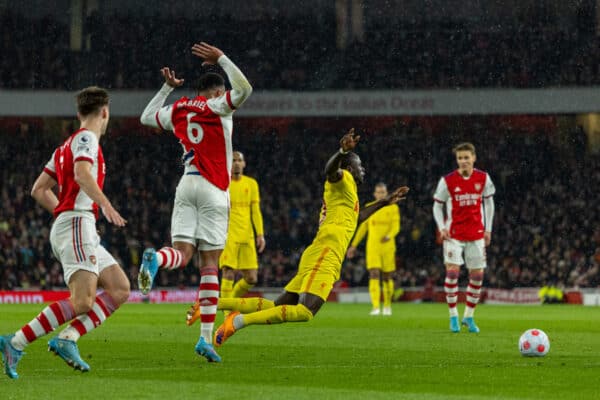 “I mean, Ben White in the corner, Sadio pressing, then kicks the ball out more or less – there’s no contact, but still free-kick for Arsenal.

“So it’s smart from Ben White, but if Sadio’s doing that, the whole stadium is on their toes and the ref thinks ‘oh my god, he’s doing it’.

“I’m really sick of that, that’s why I was angry.”