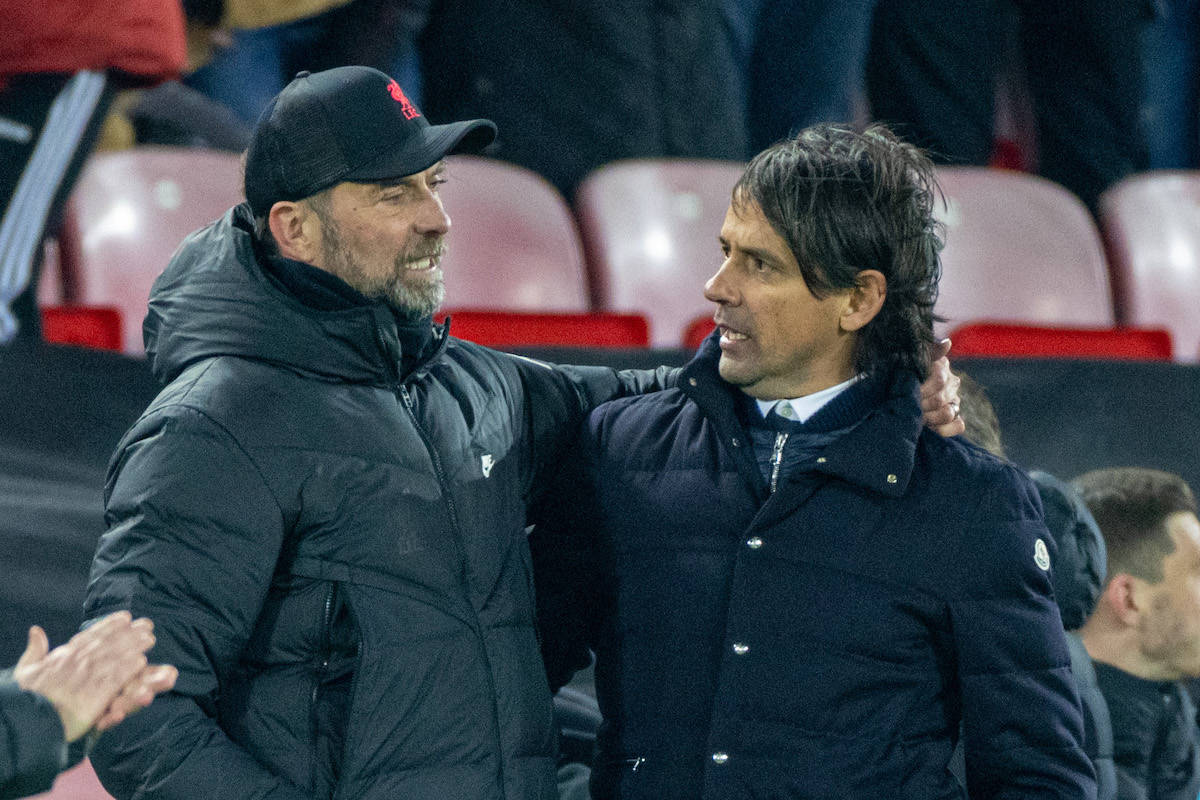 Inter boss Simone Inzaghi was left with the feeling that his side was “not inferior to Liverpool” over the course of their two-leg last 16 tie, after the Italian side’s 1-0 win.

Jurgen Klopp‘s side may be the one to have their name in the hat for the quarter-final draw, but Inter offered stiff competition at Anfield on Tuesday to provide a small scare.

The Reds were far from their best with sloppy mistakes in and out of possession gifting Inter the opportunity to venture forward, as was the case with Lautaro Martinez’s goal.

It was the difference on the night despite Liverpool hitting the crossbar and both uprights and Luis Diaz‘s effort being blocked at the death, with the 2-0 win at the San Siro proving the difference.

And after admitting to never having “come up against a team of the quality of Liverpool before” following the first leg, Inzaghi was left feeling his side “were not inferior” over the two meetings.

“We had a great match against a very tough team,” Inzaghi told reporters after Inter’s win at Anfield.

“Obviously we were very bitter at what happened at the San Siro because over the course of two games we showed we were the equals of a really strong team in Liverpool.

“So a certain degree of bitterness, I suppose. I think we really knocked them back when we scored our goal and then Sanchez got sent off and we saw what happened.

“The team was in the game. We controlled the pitch well, suffering only from dead balls. The regret remains, we take victory away from Anfield which is nice but it was useless for qualification.

“We’re back in the round of sixteen of the Champions League after ten years away, we drew the strongest team in Europe at this moment in time, but we were their equals. We were not inferior to Liverpool over the two matches.”