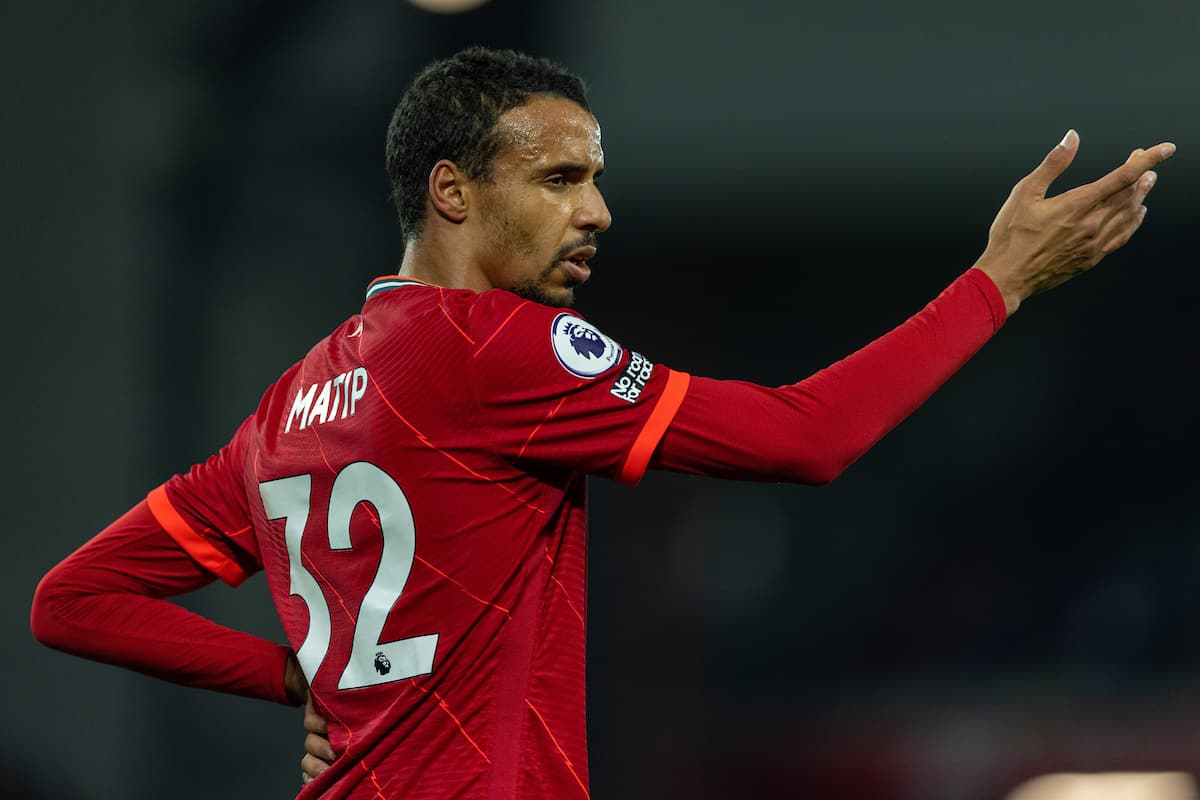 Jurgen Klopp has ruled Joel Matip out of Saturday’s clash with West Ham in the Premier League, while there are doubts over two others and two existing injuries.

The Reds kick off the first of three consecutive clashes at Anfield this weekend as West Ham visit for a 5.30pm kickoff on Saturday.

Coming on the back of a 2-1 win over Norwich in the FA Cup that saw Klopp make 10 changes to his lineup, Liverpool have a number of new fitness issues to consider.

Matip will be absent for the next game having picked up an illness, while Curtis Jones remains doubtful due to a thigh injury that forced him off at half-time in midweek.

Meanwhile, Klopp “doesn’t know” whether Naby Keita will be available and both Thiago and Roberto Firmino remain out with injuries.

“Bobby is looking good but not good enough for the weekend,” Klopp explained.

“I think the plan is that he trains on Sunday for the first time. That sounds doable for Tuesday [against Inter Milan].”

Without Matip, the manager is likely to turn to Ibrahima Konate as partner to Virgil van Dijk, though it is possible that Joe Gomez is given a chance to build on his start against Norwich. 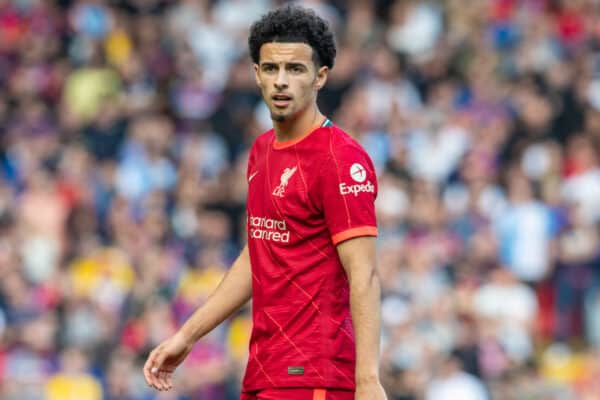 Meanwhile, with Jones and Keita doubtful, and Thiago definitely out, Klopp can select from Fabinho, Jordan Henderson, James Milner and Harvey Elliott in midfield.

Even without Firmino, there is a real strength in Liverpool’s attacking ranks, with a big decision to face over whether Luis Diaz or Diogo Jota joins expected starters Sadio Mane and Mohamed Salah.

Takumi Minamino caught the eye with a brace in the FA Cup, too, though he is likely to revert to a place on the bench, where he could be joined by youngster Tyler Morton.