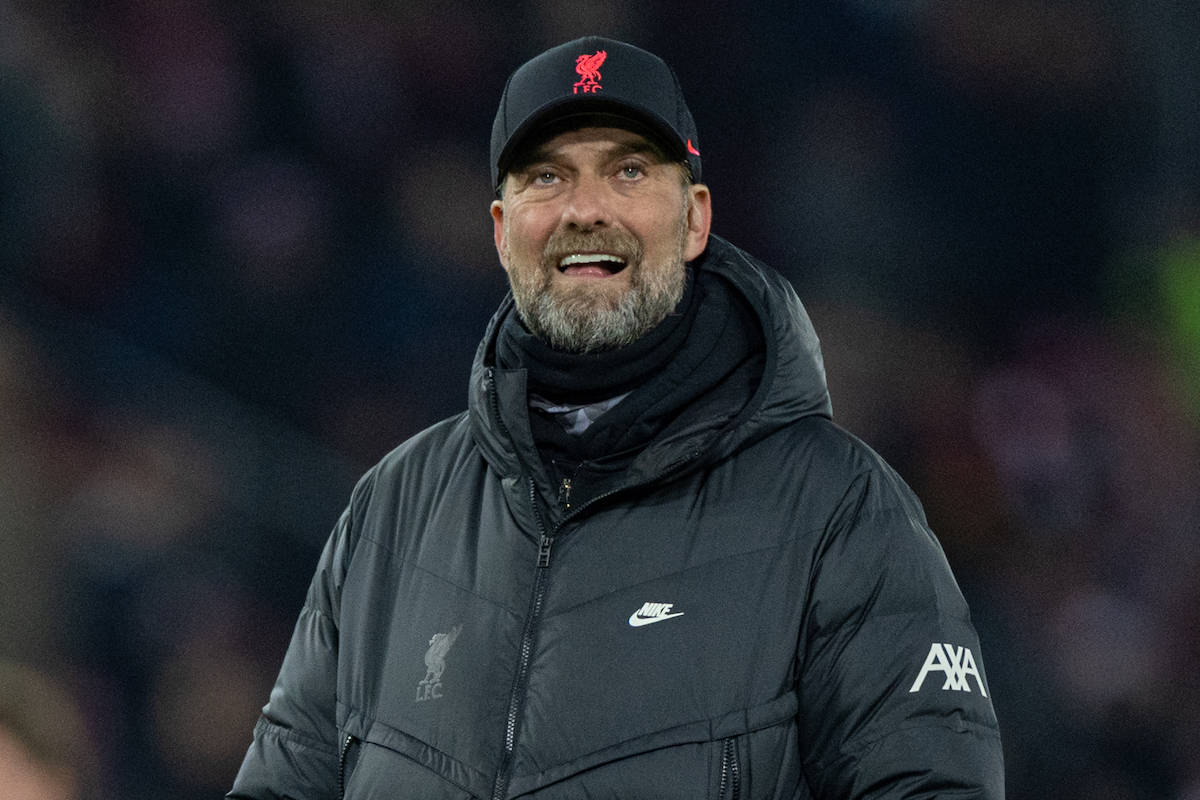 Jurgen Klopp has explained his emphasis on ironing out all the flaws as Liverpool push for a perfect end to the season, singling out their slow start to games.

The Reds are on a run of eight consecutive wins in the Premier League and have won all but one of their last 14 in all competitions, and victory over Arsenal on tonight could bring them to within a point of Man City.

City’s 0-0 draw with Crystal Palace on Monday night served as an olive branch to the title chasers, but Klopp knows that Liverpool must continue to win in they are to surpass the reigning champions.

It is this knowledge, then, that has forced Klopp to adopt an ultra-critical mindset, with the manager revealing that, despite the current winning streak, he has still voiced concerns.

“I didn’t like too much how we started in the last few games, how the other teams were always slightly more energetic in the very beginning,” he told reporters.

“I get that teams adapt to us a lot and they have always a different match plan.

“So we prepare a game and say ‘OK, they have a playing buildup’, then they play against us and they kick all the long balls so it’s the other way around.

“It was a specific preparation, because we very often face teams with more time than us to prepare the game.

“So I accept 100 percent that we then have, in the first five, 10 minutes, to learn the game – so what’s required today. 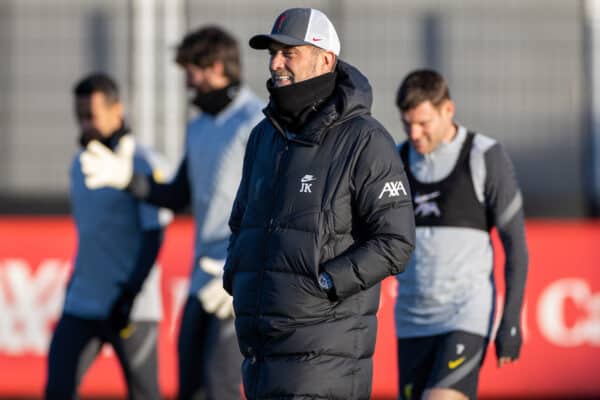 Klopp remains mindful, however, of the mental and physical toll this season’s run-in will continue to take on his players, with adrenaline helping them “massively.”

“That helps massively, and yes it is intense,” he continued.

“You said now we’ve won the last eight games, imagine if we would have lost one of them. It’s still a good run. Seven games, one defeat sounds OK. Just not for us – it’s like ‘oh god!’.

“To bring yourself or ourselves always in this mindset [is hard].

“For me it’s actually not a problem, because I can ‘delete’ the physical part. I’m not physically involved really apart from staff football once a week.

“But of course, for the boys, I know that, and whatever help we can give in these moments we give. 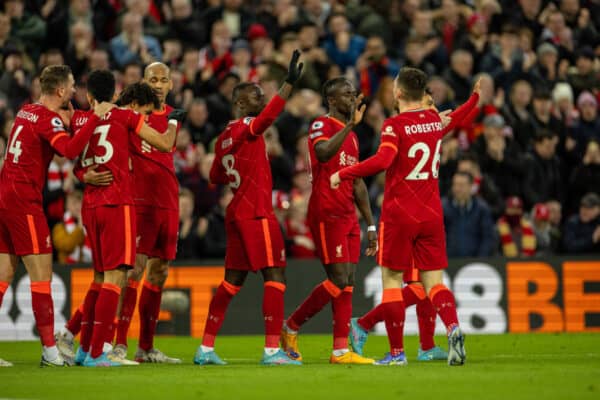 “You can imagine the mood is good. It’s not like crazy good, it’s just concentrated, focused and good.

“We won again last week 2-0, and I know it’s not about flying all of the time, but after the game when I speak in the dressing room, I’m then critical.

“You see on their faces ‘what is he talking about?’, like ‘what can we do more than winning?’.