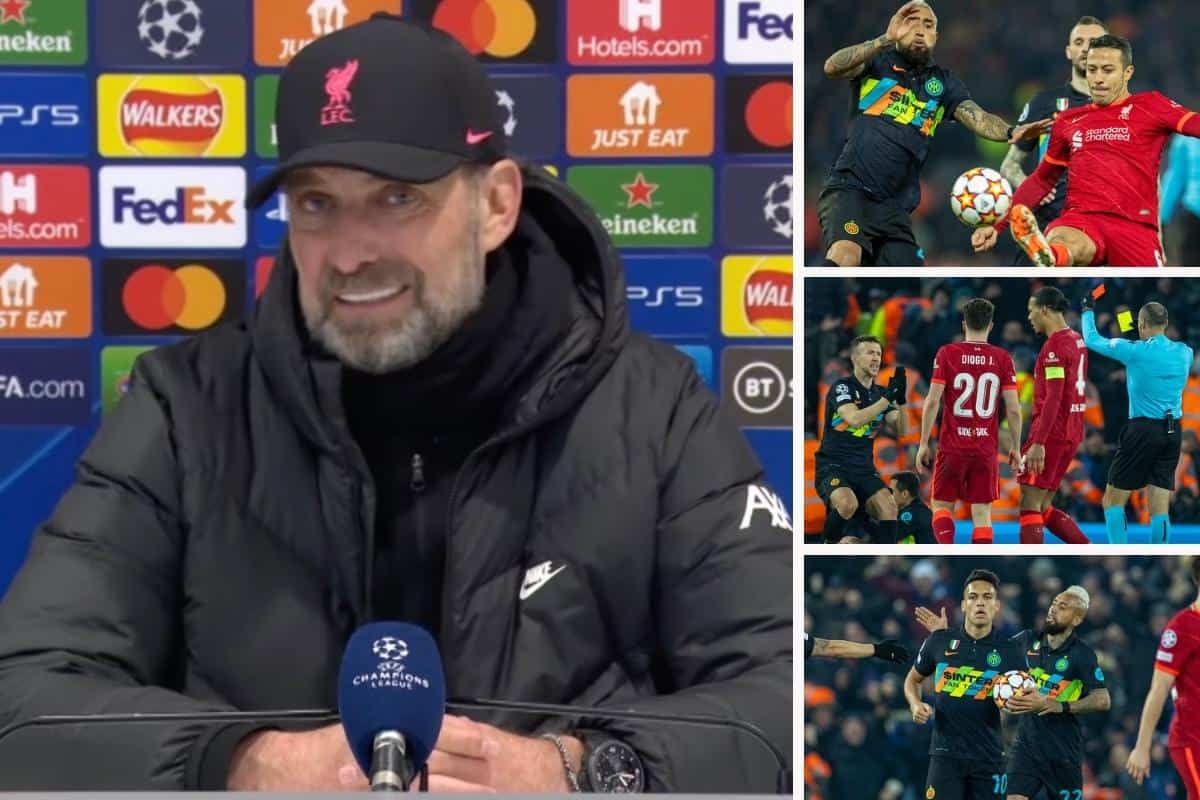 Jurgen Klopp revealed some wisdom from his assistant Peter Krawietz as he spoke to reporters after Liverpool’s 1-0 defeat to Inter Milan in the Champions League.

Despite the Reds losing 1-0 at Anfield, their 2-0 victory at the San Siro in the first leg clinched their place in the quarter-finals.

That certainly improved the mood after the game, with Klopp revealing Krawietz’s words and how it related to the situation.

“Pete Krawietz always says the art of football is to lose the right games,” he explained.

“I still hate it, but if there was any kind of game we could have afforded to lose, it was tonight, because the main target of this competition is to get through.”

He continued: “But it’s not that I’m here over the moon.

“I’m really happy that we went through, because obviously when we saw the draw in the first place it was like ‘OK, that’s a tough one’.

“So we went through, and I think over the two legs we deserved it.”

Inter produced a much-improved performance for the second leg, after a hit-and-miss showing back in Milan, and Klopp compared their approach to a Premier League side.

“They are a really good football team,” he said.

“How they set up, we know it a little bit from the league from Leeds under Bielsa, just with much more quality.

“That makes it really tricky to play against them.”

Strangely, much of the post-match debate has surrounded Alexis Sanchez’s two yellow cards, with his dismissal coming a minute after Lautaro Martinez had put Inter 1-0 up.

But for Klopp, the decision was certainly the right one.

“I don’t understand why we have to discuss that,” he said.

“If Fab goes in with the same intention, with the [outstretched] leg, then both players get injured. Fab is there because he judged the ball.

“If he’s not flying in, then I get it, but Sanchez is flying in. He touched the ball and that’s possible, but in the end he cannot stop and hit Fab in a really bad way, to be honest.

“I think it was quite lucky that he didn’t get a different colour in the first half with the foul on Thiago, leg that high against the knee, similar situation.

“Passion is good, absolutely good, but if it leads to these kinds of things it just doesn’t help.”