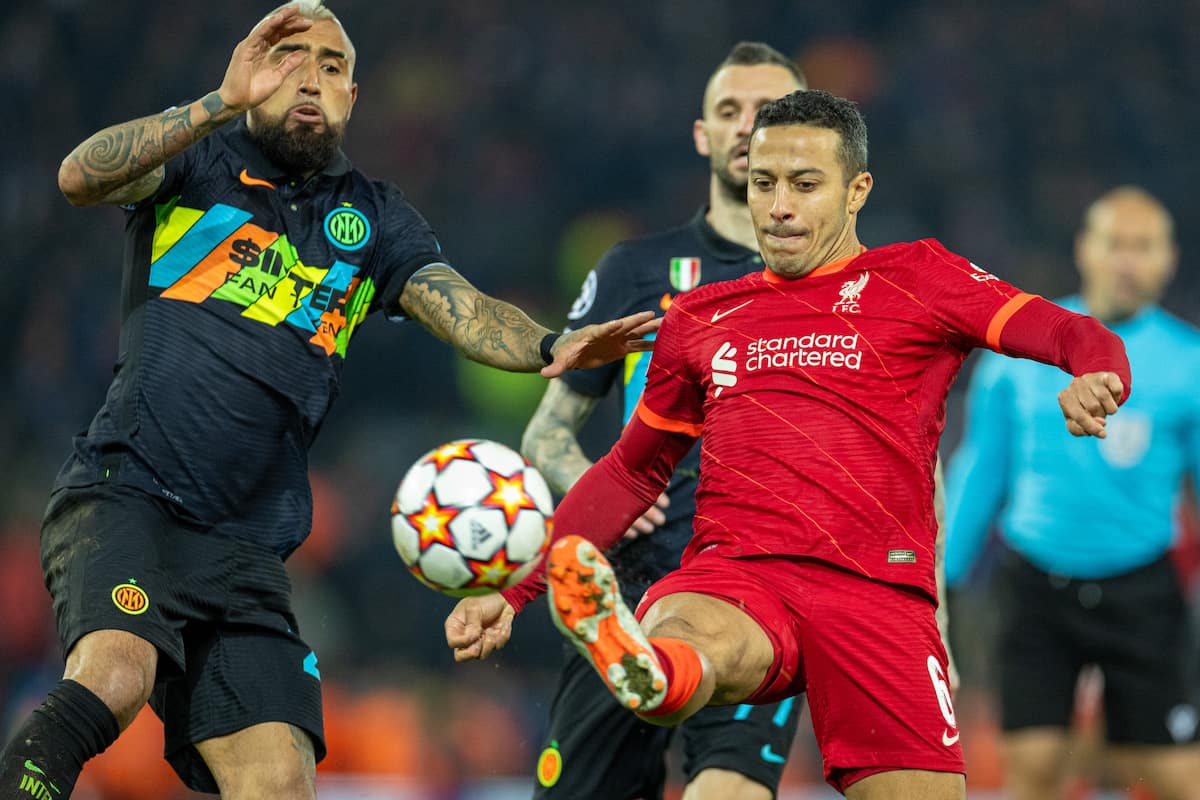 Liverpool secured progression to the Champions League quarter-finals but did suffer defeat on the night against the Italian champions.

There was a surprise when the teams were announced, with Curtis Jones starting in midfield alongside Thiago and Fabinho. Diogo Jota came in up front in place of Luis Diaz.

On a cold, windy night at Anfield, the first half was a quiet affair for a Champions League knockout stage second leg.

The closest we came to an opening goal was when Joel Matip headed against the bar from Trent Alexander-Arnold‘s free-kick on the left.

A medical emergency in the Kop meant that there was five minutes added time, in which Alexander-Arnold almost curled home a free-kick from 20 yards. 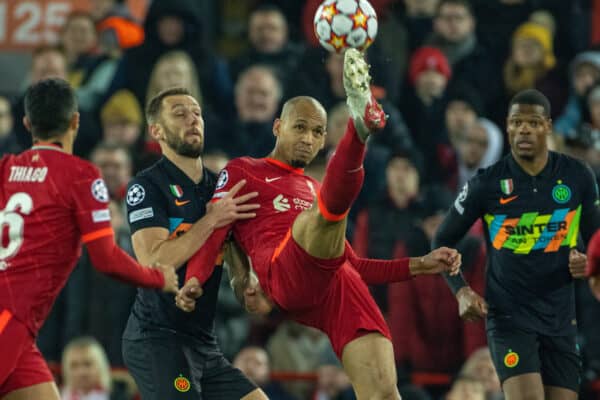 The second half was much livelier and the crowd finally woke up too.

Salah probably should have scored from a rebound but his placed shot came back off the post. Liverpool looked much sharper in attack.

But it was Inter who took the lead on the hour. Laturo Martinez had had a superb chance just minutes before he hit a superb strike into the top corner past Alisson to open the scoring and half the aggregate deficit.

Less than two minutes later, though, the Italians had Alexis Sanchez sent off for a second yellow for a foul on Fabinho.

The sending off swung the game back to Liverpool and they regained more control, almost getting an equaliser through Salah but again his shot came back off the post after a good through ball from Mane.

The Reds pushed for an equaliser and thought they had it in stoppage time when a counter saw substitute Luis Diaz in on goal but somehow his shot was blocked by Vidal.

Ultimately it didn’t matter. Liverpool lost on the night but progressed on aggregate.

It would have been nice to have kept the consecutive wins in all competitions going, and to have continued to have won every game in the Champions League this season, but really all that matters is that Liverpool are in the draw for the quarter-finals a week on Friday.