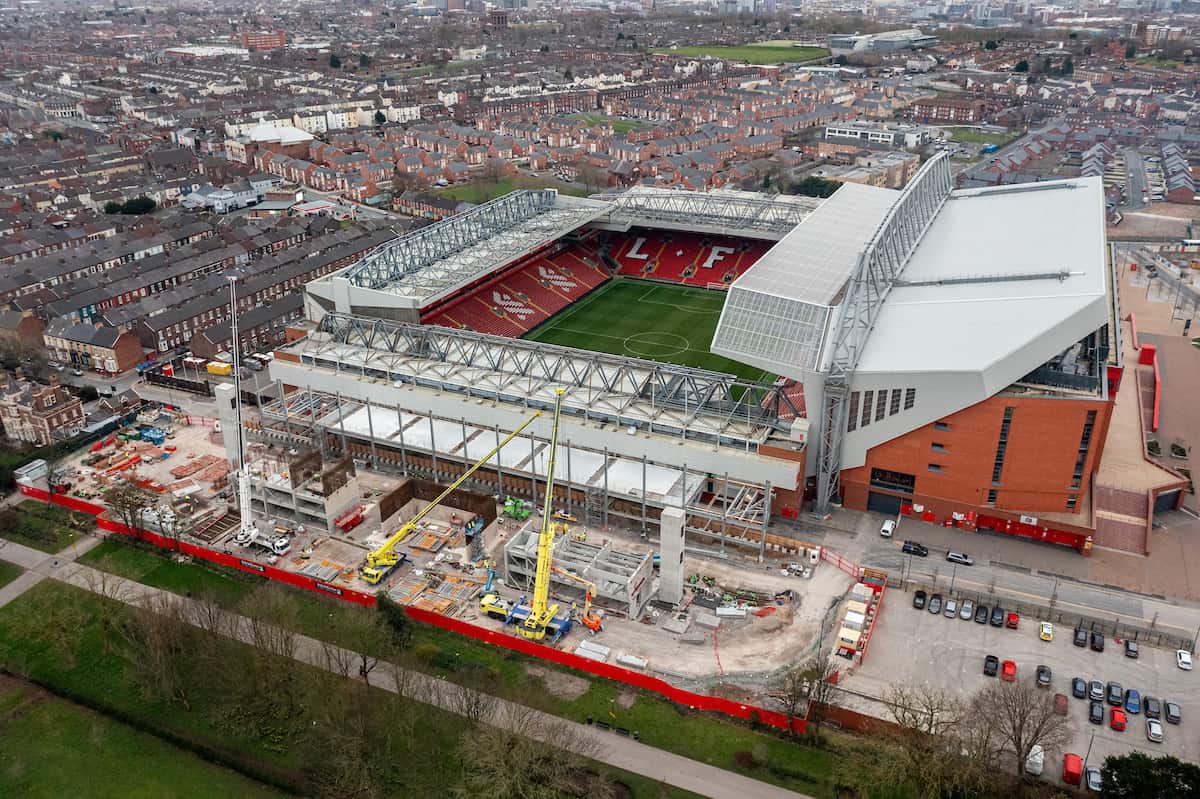 Liverpool’s redevelopment of the Anfield Road End is “on track” in its bid to be completed ahead of the 2023/24 season, the Reds’ managing director has explained.

The expansion will see Anfield’s capacity increase by roughly 7,000 seats – making it a 61,015 all-seater stadium – and six months on from Jurgen Klopp providing the project with its ‘groundbreaking’ dig back in September, the development is progressing well.

“The main news is that we’re actually on track,” MD Andy Hughes told This is Anfield on Thursday afternoon.

“As you can see on-site there has been an enormous amount of development. I’m really pleased that we’re on track because it’s been really challenging from a weather point of view, but Buckingham Group – the contractor – have done a fantastic job managing through that.”

As expected with such a large-scale project, there are plenty of factors that can stifle the progress; a string of torrid weather earlier this year in the form of storm Eunice and Franklin had the potential to do exactly that, so did the effects of the United Kingdom leaving the European Union, as well as the current Russia-Ukraine conflict.

But luckily for those involved in Anfield’s slick new £80 million expansion, that has not been the case so far.

“Obviously, from a supply point of view, it’s been very challenging as well. So we’re just delighted to come through winter on track and match days themselves have also gone really smooth which is great news,” Hughes explained.

This will be the club’s third redevelopment during Fenway Sports Group’s 12-year tenure, and the managing director believes the experiences gained from the 2016 Main stand project, in particular, has been invaluable for all of the staff working on the current operation.

“The staff working on this project gained an enormous amount of knowledge and experience on the Main stand build, so it’s really helped and obviously we have a set of advisors who worked on the project and they gained a lot of experience from that,” Hughes says. “So it does feel a lot smoother, but it’s early days.”

External circumstances permitting, the project is expected to be ready for the Reds’ first game of the 2023/24 season in just over 18 months’ time.

Though, unlike the redevelopment of Anfield in 2016, Liverpool do not feel they will need to make a request to the Premier League for their first few games of that season to be played away from home.

The stadium’s completion date also ties in with the final year of Klopp’s current deal, which could lead to a record Premier League attendance in the summer of 2023, marking the highest Anfield attendance since 1952 when an all-standing stadium played host to Wolves in the FA Cup. 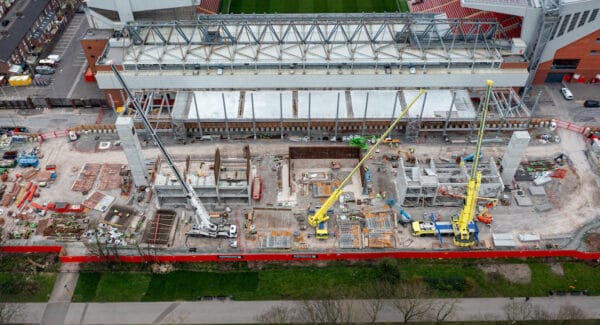 However, while the number of extra seats to take the club over the 60,000 has been finalised since the start, the managing director insists the club are yet to decide the breakdown of those tickets in the new stand.

“We haven’t actually finally decided on the exact breakdown of ticketing,” he said when pressed how many on the season ticket waiting list may get good news.

“But approximately 2,000 hospitality and 5,000 general admissions, but it’s yet to be decided [how many of those will be for season tickets].”