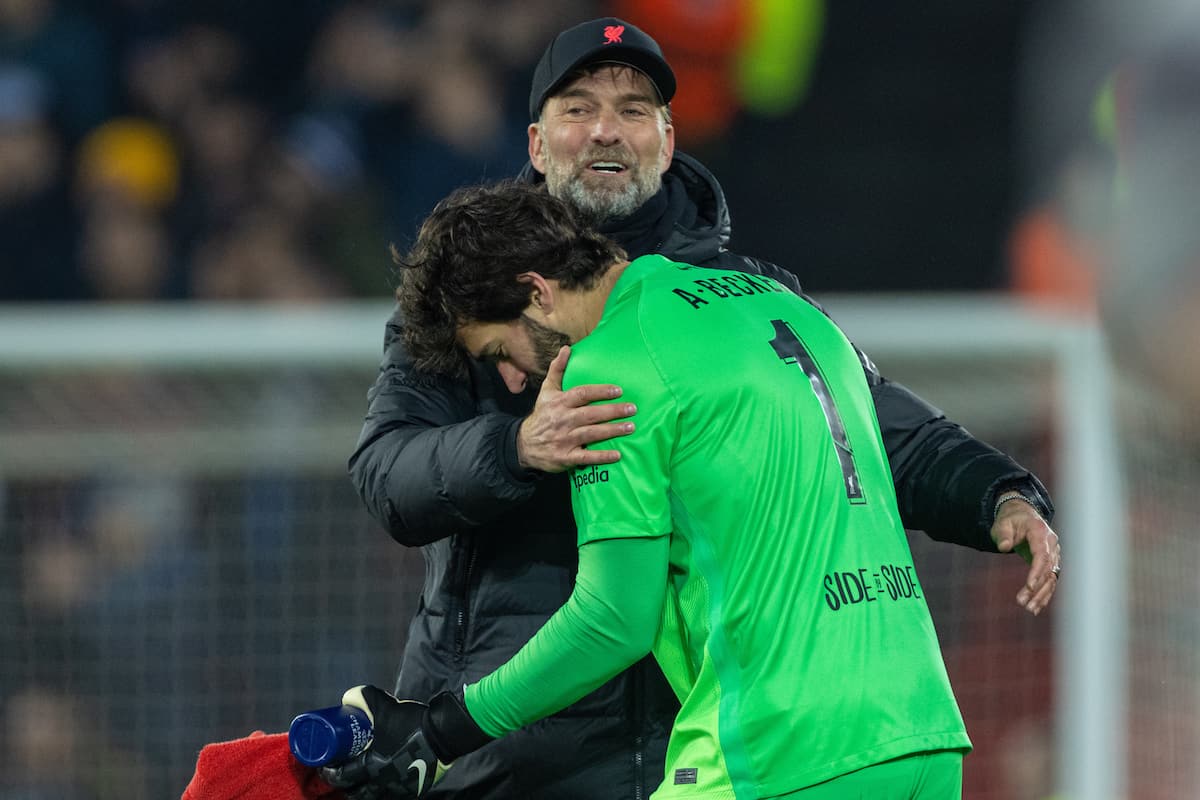 Liverpool lost on the night but booked their place in the Champions League quarter-finals with a 2-1 aggregate win over Inter Milan, resembling job done.

The Reds were favourites to pick up another victory as they welcomed Inter to Anfield, but they started slow and the Italian side showed their mettle early on.

It took until the hour mark before Lautaro Martinez put Inter ahead on the night, but a minute later Alexis Sanchez saw red for a second bookable offence, which effectively cast aside their hopes of overturning the lead.

Liverpool are now into the hat for the quarter-finals, which was the main goal for Jurgen Klopp and his players as they arrived at Anfield.

For supporters, it was far from the most captivating game, but clinching progress was all that mattered as fans took to social media to reflect:

About as ugly as it gets, but quarter-finals here we come!

Frankly, a rubbish performance. The wind looked so difficult to play in and they never got going in.

Strange one, on another night it's 4-1. Never mind, we're in the quarters. Mission accomplished

On another night that ends 3-1.

Good to get that defeat and misses out the way haha

Well if they are going to miss chance after chance do it in a tie you have a 2 goal lead in. On to the Quarter finals after a tough test.

Not at our best tonight. Started like a side who knew they were two to the good and not completely at it because of that. That said we had more than enough chances to win the match and kill the tie. Also managed the game well after the sending off. Inter an excellent side.

Liverpool far from their best over both legs and deserve to go through.

Even tonight, as bad as they were, they were at like 40%, lost to a wonder goal and had comfortably the best chances.

The defeat probably no harm if it causes a bit of a reset; and I trust it will

That's the tie, a loss but through to the quarters. Bit of a weird one and Inter will wish they'd come out like that in the first leg but still felt like on the whole we were the better side.

Job done. Not pretty but when you're not at your best getting the job done is all that matters. Still don't see anyone other than us winning Big Ears. Up the Reds.

The night was most memorable for a bizarre performance from referee Antonio Mateu Lahoz, who went from disinterested to all over the place either side of half-time:

egotistical and abysmal, just the combination you want in a referee

This referee tonight… not even a yellow. pic.twitter.com/GGFJVAIjRv

A truly mental performance from the referee

That's saying something, considering the Premier League dross we witness week in, week out.

That referee can’t be the best Spain have to offer. Absolute centre of attention bellend every game.

That ref was absolutely shite. Unbelievable.

Regardless of the events at Anfield, Liverpool are through to the quarter-finals and that is the overriding positive, with focus now turning back to the Premier League and a trip to Brighton.

But the Reds’ disjointed display in the second leg – which, admittedly, could have looked much different had Mo Salah converted one of his two efforts onto the post or Luis Diaz found the back of the net late on – should be a shot in the arm.

As a one-off, it was an acceptable night for Klopp’s side, but with ambitions of more silverware, including in the Premier League, that cannot become the norm.