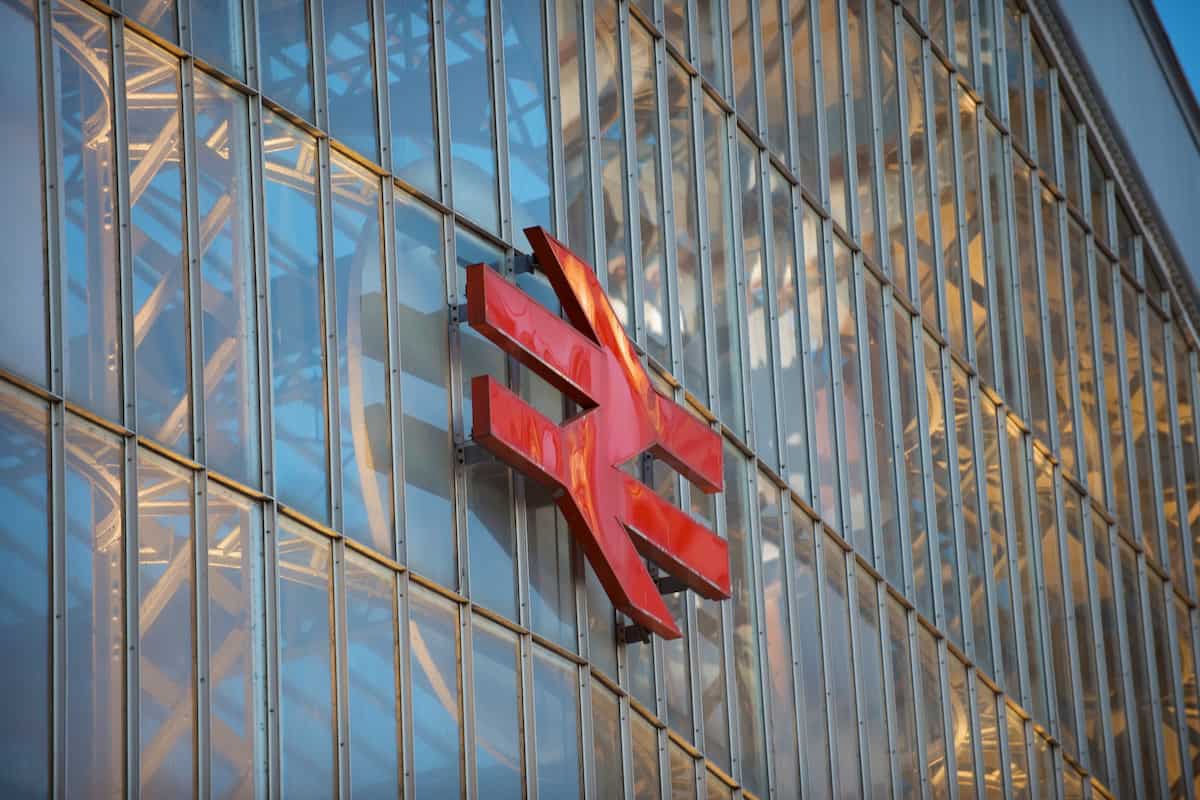 Liverpool and Man City will face off for the second time in seven days as they meet for the semi-final of the FA Cup, but fans face trouble getting to Wembley.

Ahead of their 1-0 win over Nottingham Forest in the quarter-finals, the Reds were drawn against City in the FA Cup semi-finals – which will land the weekend after their trip to the Etihad in the Premier League.

Despite both sides residing in the north-west, they will be required to travel down to Wembley to contend for a spot in the final, as has become tradition since the new stadium was built.

It was announced in 2003 that the new Wembley would host all FA Cup semi-finals as well as the final, with the FA making a 30-year agreement to host a number of additional games at the stadium in order to guarantee funding for its construction.

Many feel this has cheapened the occasion, with the significance of the FA Cup final weakened, while it often poses travel issues for sides outside of the London area.

The supporters typically feel it worst, and that is magnified this year as planned engineering work has seen trains into London Euston cancelled from April 15 to April 18. 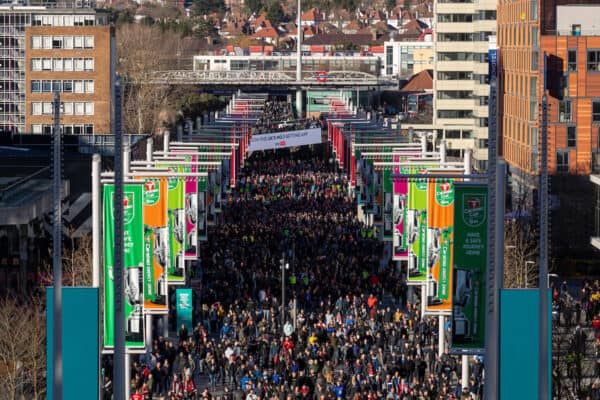 For those travelling from Manchester, the quickest route to London is via Sheffield and involves one change, while the trip from Liverpool requires four changes via Chester, Crewe and Birmingham, taking over five hours.

This could force many into more costly travel plans, including hotel stays, for the second trip to Wembley in under two months, while delays can be expected on motorways.

Serious conversations should be being had about moving the Man City vs Liverpool FA Cup semi-final to a more accessible venue for fans.

No trains from either Manchester or Liverpool to London that weekend is a farce. pic.twitter.com/8p2oPfYq00

With a date for the semi-final as yet unconfirmed, there has been no word from Liverpool FC on the travel situation at this stage.

It seems likely, however, that the club could help provide travel for supporters with tickets for the clash, which will be played on either April 16 or April 17. 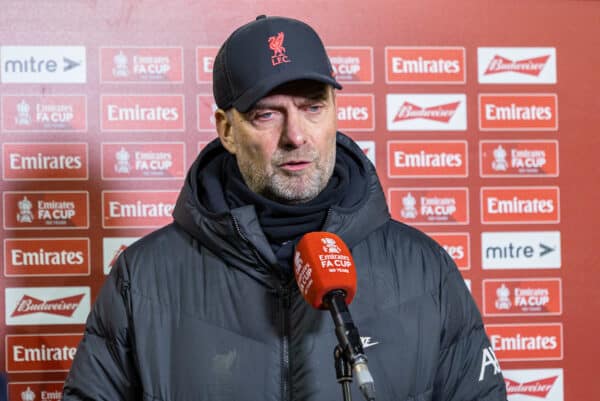 In his post-match press conference at Forest, Jurgen Klopp was asked about the lack of trains and expressed his surprise, saying: “How is that possible?

“I hope and think there should be [a solution]. I don’t know which kind of solutions are available. I hope somebody who knows more about it than I do finds a solution, that would be cool.

“If we could play with supporters that would be really cool – both teams [affected], wow!”