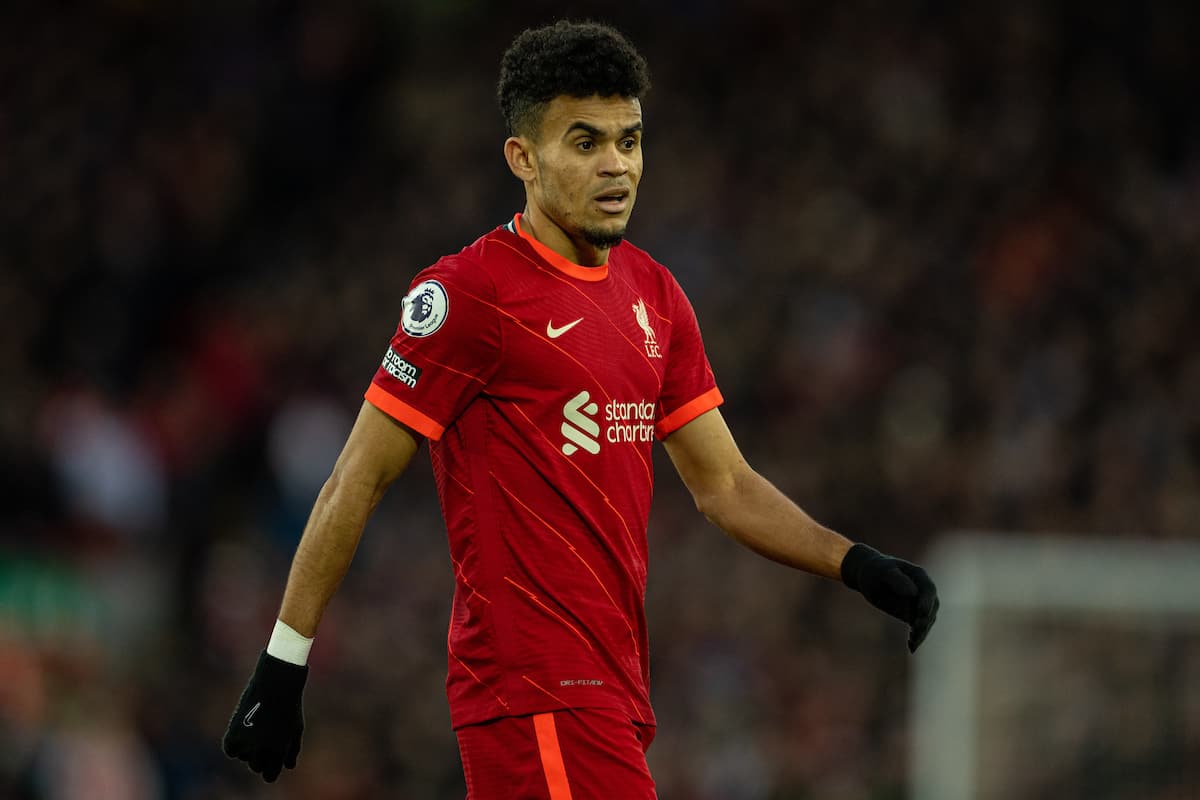 Liverpool did not make it easy on themselves as they were made to defend their 1-0 lead against West Ham, with Sadio Mane proving the match-winner as the Reds closed the gap.

The objective was clear for Liverpool on Saturday night, win and the deficit to Man City would again be cut to just three points.

The Reds started brightly and got their deserved opener from the boot of Mane, before flirting with danger as Trent Alexander-Arnold had to clear the ball off the line.

Andy Robertson did not want to be left out of the defensive heroics as Jurgen Klopp‘s side left the door ajar, even with Luis Diaz and Mohamed Salah eagerly peppering Fabianski’s goal.

It was the Colombian who was the constant spark but with the second goal remaining elusive, West Ham grew in confidence as mistakes ran rampant and last-ditch defending was needed.

In the end, while nerves were aplenty for Reds, Mane’s goal was enough for the win and Liverpool fans had a feeling of relief on social media.

At this stage of the season, a win is a win!

#LFC had one task today: keep the pressure on Manchester City. Not a straightforward game by any means – I thought West Ham were very impressive – but this team is particularly adept at getting over the line by any means on days like this.

Got away with one a bit there, but every team does it. Bring on your Internazionale.

Not fantastic, but a win against a good team when you're nowhere close to your best is a positive. Robertson possibly man of the match. Both Keita and Henderson good. Konate mostly coped well with Antonio.

Forwards annoyingly trigger happy, but it's bound to happen

That was a comfortable 3-1 against a legit top six side that we managed to turn into a nervy as fuck 1-0. Still, three points are three points.

Great 3 points, they all are at this point of the season.

Not clinical enough, but West Ham are a tough side.

1-0, three points, felt like hard work at times but that’s another win and another clean sheet for the Reds. Bring on yer Internationale. pic.twitter.com/HtYMrrEVAx

Jurgen teasing us with fist bumps at the end there, honestly nobody I’ll ever love more pic.twitter.com/pYfU5sAItg

Jurgen Klopp wrapped Andy Robertson in a bear hug shortly after the final whistle, to show his gratitude. Liverpool didn’t warrant 3 points but Robertson’s efforts, more than any other, ensured they got them. Trent Alexander-Arnold and Ibrahima Konate also excellent ?

Big 3 points against a really good West Ham side. The reds definitely the better team but, having failed to kill the agent off, had to dig deep to get over the line. Trent the difference maker at both ends. Diaz also impressive.

And Diaz received plenty of attention as he continues to impress…

That from Diaz looked ridiculous in real time and even more ridiculous on the replay.

As for Luis Diaz, hard to think of many players who have slotted in so quickly and so seamlessly. Has been sensational since signing.

A million percent a Klopp player.

That Luis Diaz run was spectacular and it was made even better because he was so lost in the sauce of the moment that he didn’t see Salah making a great run to his right. Doing cool shit > doing the sensible thing.

Luis Diaz is a truly frightening playing, he’s been electric going forwards all game and put in a real shift defensively as well. What a signing he is!

Luis Diaz is just so, so exciting to watch. Does things that make everyone else on the pitch look like they're playing a different sport. He's such an entertainer.

While not the prettiest of games in the end for Liverpool, it is a win nevertheless and it’s all they needed to do at this stage of the season with pressure again placed on Man City.

Jurgen Klopp‘s passionate fist pumps at the end was evidence of how monumental each and every point is and while he’ll be frustrated at West Ham‘s chances, his side stood firm.

It has not always been the case this season but Liverpool have the resilience to withstand the tide when it turns and with the 12th win in a row in the bag, it’s now onto Europe.