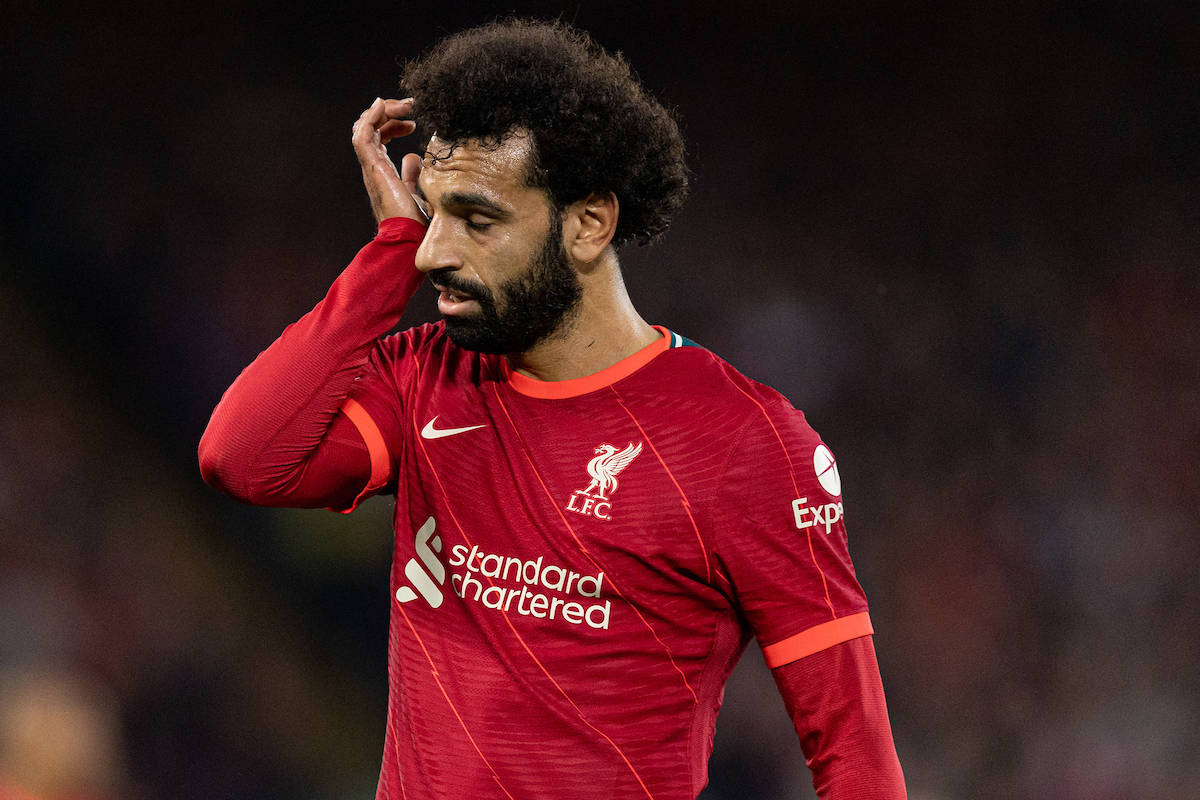 Mohamed Salah was left to muse after Liverpool’s 1-0 loss to Inter Milan in the Champions League, suggesting an “overconfident” side scraped through.

The Reds suffered their first defeat in 16 games on Tuesday night as Lautaro Martinez’s goal sealed a win for Inter, but they still booked their place in the quarter-finals.

A 2-1 aggregate victory took the sting out of the second-leg loss, though Jurgen Klopp and his staff will have plenty to analyse as they look to put the performance behind them.

Salah had two of the biggest chances of the game, but struck the post twice, while Joel Matip hit the bar, Virgil van Dijk saw a goalbound header blocked and some heroic defending from Arturo Vidal denied Luis Diaz late on.

Things could have looked much different for Liverpool had any of those found the back of the net, but as Salah spoke to BT Sport after the game, he saw a bittersweet positive.

“Maybe we need to start from the beginning [again], winning games,” he said, with the Reds having seen a 12-game winning streak come to an end.

“We lost a game, that maybe gives us a little bit more of a push. Maybe in the back of our minds we felt overconfident at the moment.

“So I think that’s a good game for us to take it, learn from it and just carry on.”

The No. 11 showed his mentality as he added: “I hit the post twice! It’s OK, maybe next game I’ll score three.

“I don’t mind as long as the team wins the game or qualifies.” 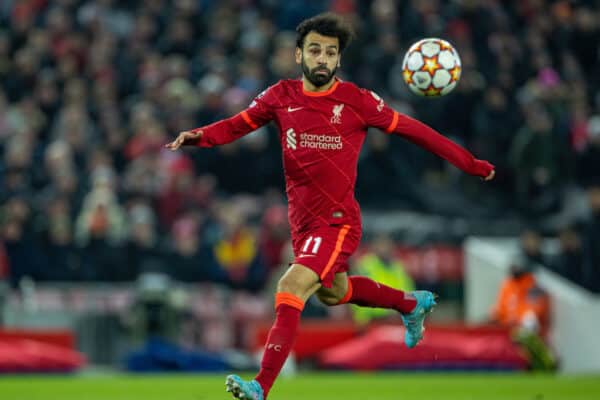 Qualification was the primary objective for Liverpool, which keeps alive their hopes of lifting more silverware between now and the end of the season.

With a place in the quarter-finals of both the Champions League and FA Cup, and the Premier League title race going to the wire alongside Man City, Salah and his team-mates stand a strong chance.

“Everybody wants to win the Champions League and the Premier League,” he continued.

“We’re going to fight for both and let’s see.”