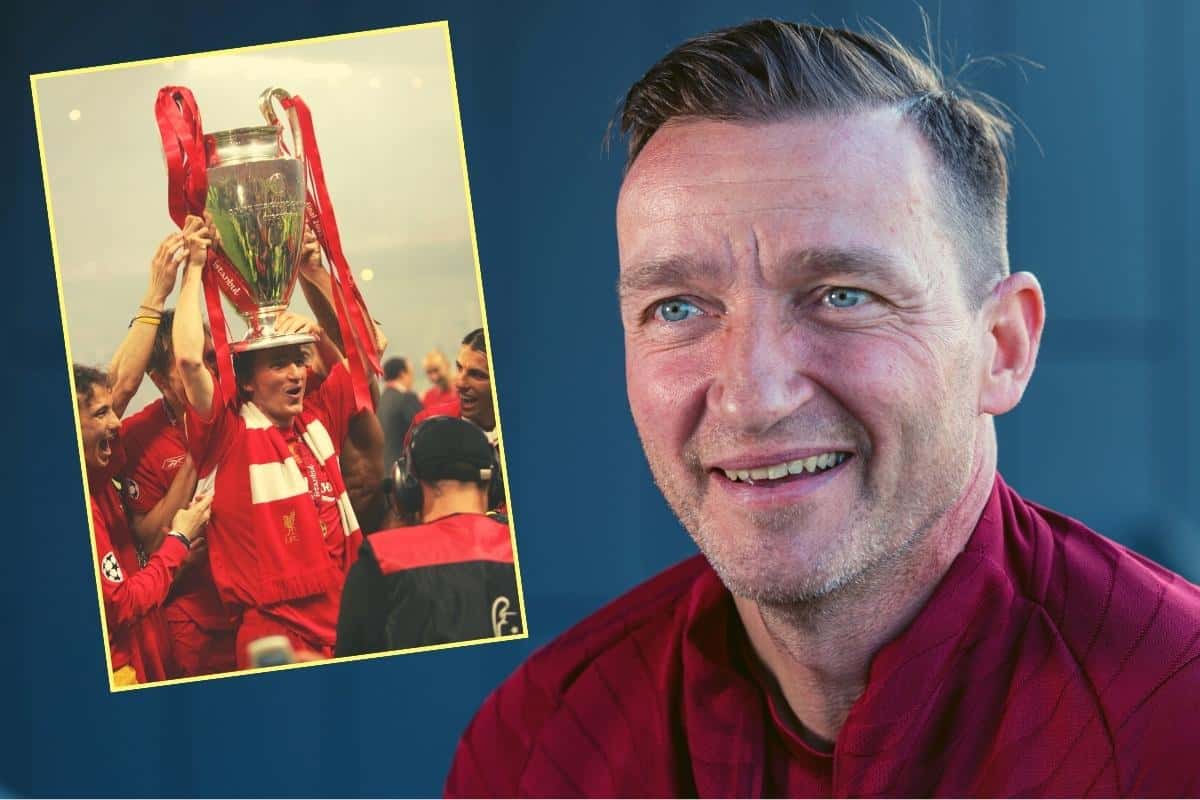 ‘My last kick for Liverpool won the Champions League final…’

Vladimir Smicer’s Liverpool career ended in the best way possible, scoring to win the Champions League final. As he tells This Is Anfield: “What more can you want?”

Two months shy of his 49th birthday, Smicer is still looking sharp as he joins the rest of the Liverpool Legends for a series of interviews at the club’s AXA Training Centre.

Redeveloped from the old academy site in Kirkby, Liverpool’s new £50 million traning complex was not in place when the Czech midfielder was playing, his days spent at the old Melwood training ground instead.

He was able to take in the elite standards as he trained alongside the likes of Steven Gerrard, Jamie Carragher, Sami Hyypia and Milan Baros ahead of the sold-out Anfield charity clash with Barcelona.

For the players, it was about raising funds for the LFC Foundation, which in part supports their team-mates and predecessors – but also about reuniting with old friends.

Though not Smicer’s first time back in a Liverpool shirt, it also served as an opportunity to reflect on his time with the club, and arguably the finest farewell game he could have imagined.

“Istanbul, what can you say?” he told This Is Anfield, sitting back with a smile.

“For me, it was the last game for Liverpool, that’s my memory. I wanted to do well, I wanted to say thank you to the fans.

“I knew I would not start the game, but after 20 minutes Harry Kewell got injured and I was used as first sub.

“I was surprised a little bit, but then I said to myself, ‘hey Vladi, what an opportunity, you play Champions League final, last game for Liverpool, let’s show you are a good player’.”

Smicer certainly did that. 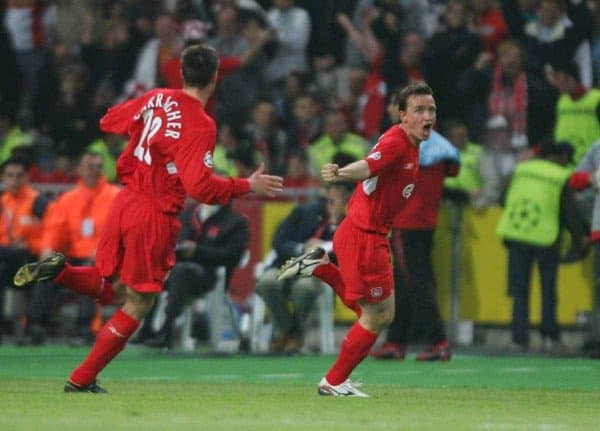 Though far from a prolific scorer during his six years with the club – with 18 goals in 183 appearances prior to the 2005 final, and none in his 15 other, mainly substitute, outings that season – his impact helped turn the tide against AC Milan.

After replacing the injured Kewell just 23 minutes into the tie, Smicer was unable to thwart the Milan vanguard for the rest of the half, as a Hernan Crespo double added to Paolo Maldini’s opener to make it 3-0 at the break.

But with Gerrard’s header reducing the deficit soon after the restart, the Czech was on hand to bring it back to 3-2 just two minutes later.

An unlikely hero whose contract was up at the end of the season, Smicer then stepped up to score the third and ultimately winning spot-kick as Dudek saved two and the Reds won their fifth European Cup. 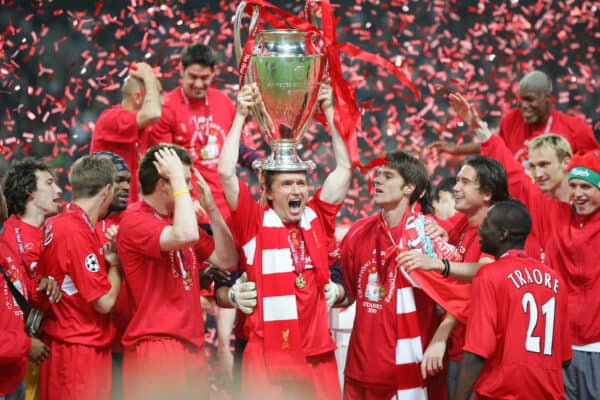 “I scored practically the winning penalty,” he said.

“My last kick for Liverpool, the winning penalty in the Champions League final, what more do you want?

“For me, it was special and that’s why if someone reminds me of the words ‘Istanbul 2005’, of course [it was a] big win for Liverpool, for our team, but [also] a big win for myself as well.”

Smicer would go on to join Bordeaux on a free transfer that summer, and after an injury-plagued two years in France, he returned to Slavia Prague, winning the Czech First League twice before retiring in 2009.

But the connection with Liverpool remains strong. 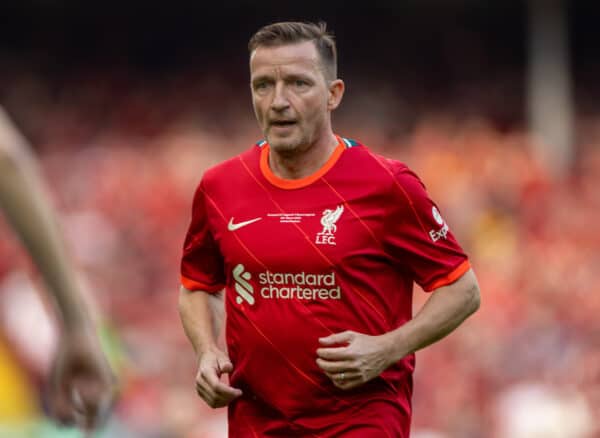 It is where he won the most silverware, including a treble under Gerard Houllier in 2000/01, and where he became a hero for his influential turn in Istanbul.

Things have changed in the 17 years since then, not least a new training ground, while work is underway to expand Anfield with an additional 7,000 seats to the Anfield Road End, lifting the stadium’s capacity beyond 61,000.

“When you finish playing you always miss all these opportunities,” he admitted, “to play in front of a stadium, a full stadium.”

Those familiar faces will have felt exactly the same, including Gerrard himself, who was granted permission from Aston Villa to wear the Liverpool colours again.

“Even in these games, he’s the leader for us,” Smicer said of his former captain. 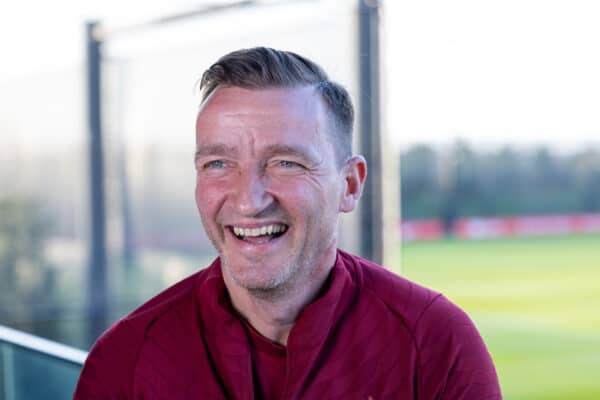 But while many of those who packed out Anfield during a surprisingly warm March international break will have been there to watch their No. 8 once again, whenever the Liverpool Legends turn out, it gives a moment for those lesser-heralded heroes too.

Vladimir Smicer, whose last kick for Liverpool won the Champions League final, is certainly one of those.