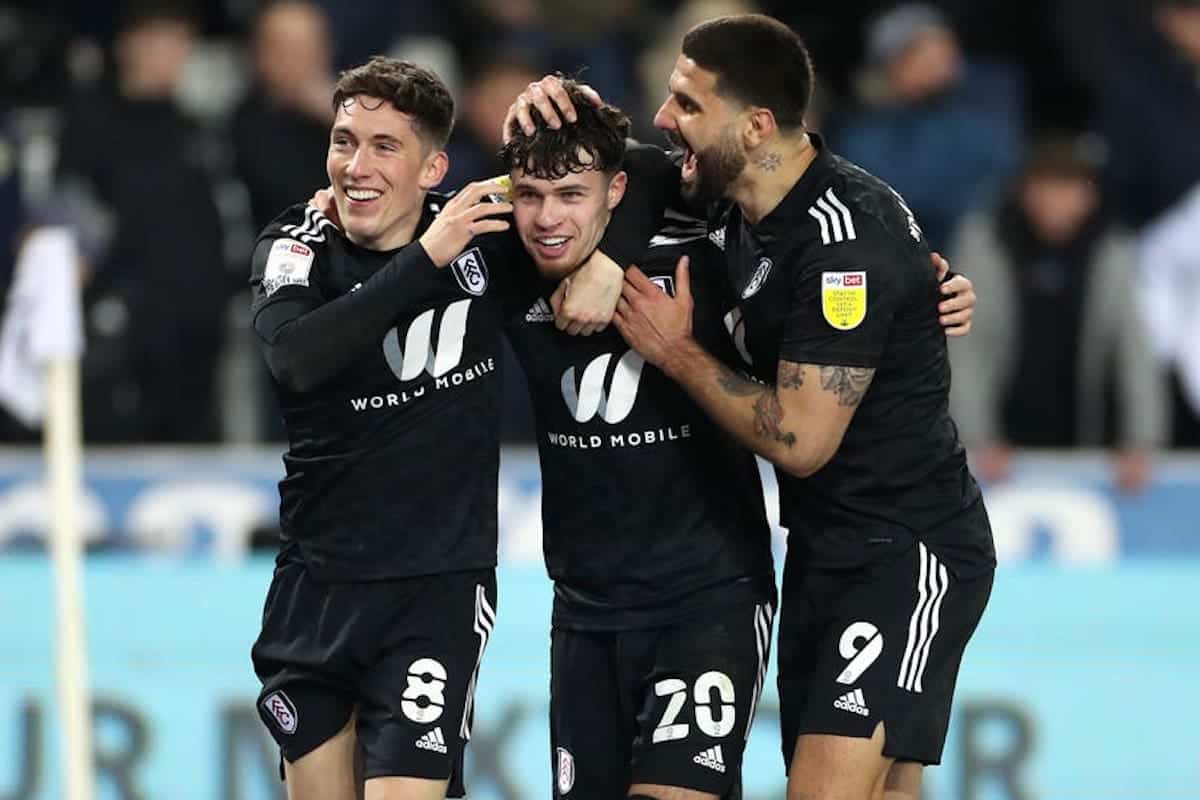 Neco Williams scored two goals for Fulham in mesmerising fashion on Tuesday night, his first for the club and in senior club football.

The 20-year-old has been enjoying a productive spell at Craven Cottage since his January switch, making eight appearances and now with a return of two goals and two assists.

He almost etched his name on the scoresheet from just inside the attacking half last week, only to find the crossbar, but he needn’t wait long to find his range in the clash at Swansea.

Fulham were already 3-1 to the good by the time the 76th-minute came around, with the floodgates opening after Swansea’s Ryan Manning received a red card, but then came two goals in eight minutes from Williams.

The first came from a well-executed press from right-back which ended up with a deflected shot falling in the Welshman’s path, with a first-time finish for his maiden goal in senior club football.

Ex-Red Harry Wilson was the first to congratulate him, but the best was yet to come.

Just minutes later another defensive clearance fell to him, which he chested down and hit beautifully on the half-volley that looped perfectly into the net from outside the area.

“If you don’t shoot, then you won’t score! Today, obviously, I took my chances and scored,” William’s told Fulham’s official website post-match.

“Luckily I got two goals and not just one. I came so close in the last game but this game I got my goals, I’m happy and I’m just relieved.

“I think as soon as you feel that connection you know it’s either going to be very close or a goal. As soon as it left my foot, I knew it was going to be one of them and luckily it was a goal. I’m delighted.”

It was a pure strike indeed and it was another eye-catching showing from Williams, who is visibly growing in confidence by the game as Fulham’s charge back to the Premier League continues.