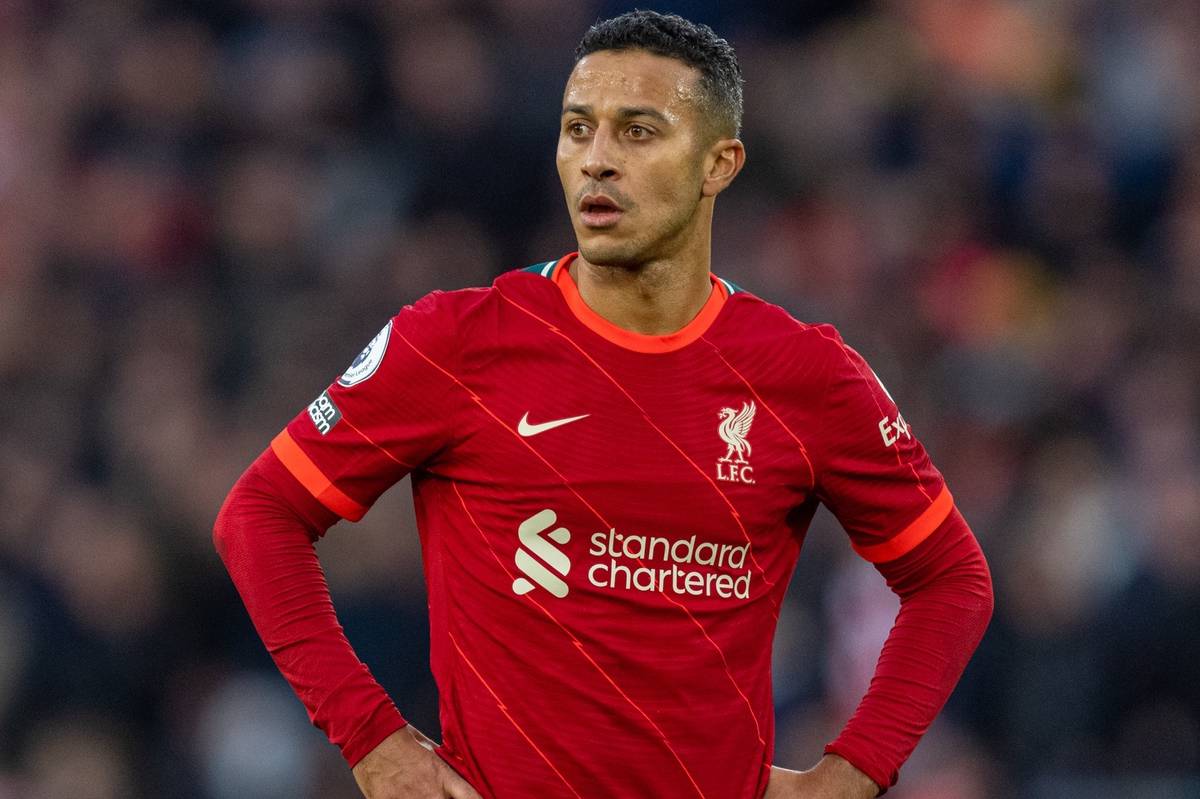 Jurgen Klopp has ruled Thiago out of Liverpool’s upcoming clashes with Norwich and West Ham, with the midfielder having suffered a hamstring injury at the weekend.

Thiago was forced out of the squad for the League Cup final after picking up a problem in the warmup, having initially been named in the starting lineup.

It left the midfielder in tears, but he was able to join the celebrations after two hours and a penalty shootout, with Liverpool lifting a record ninth trophy.

The day after the final, Thiago underwent scans as journalists revealed a tight hamstring, and speaking in his pre-Norwich press conference on Tuesday, Klopp revealed he will not be available again this week.

“He’s fine again, but not fit again,” he explained.

The manager went on to discuss Thiago‘s emotion at discovering he could not play against Chelsea, applauding his player’s desire.

“That was a very emotional moment,” Klopp continued. 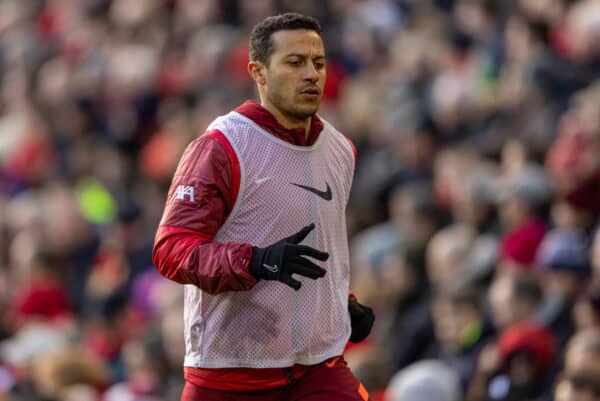 “We were all surprised. I watched the whole warmup, I didn’t see anything, then we come in, he’s on the bed, the physio tells me he feels something.

“We had to make the decision he could not start.

“In this moment, when you are this close to playing a final, and for the one player who probably won the most silverware in the whole squad – or as much as the whole squad put together – showing this kind of emotion…

“I didn’t like that he didn’t feel that good, but the desire to play a final, I liked a lot.”

Liverpool play Norwich on Wednesday night, before the visit of West Ham on Saturday and Inter Milan on March 8, with their next away game coming at Brighton on March 12.