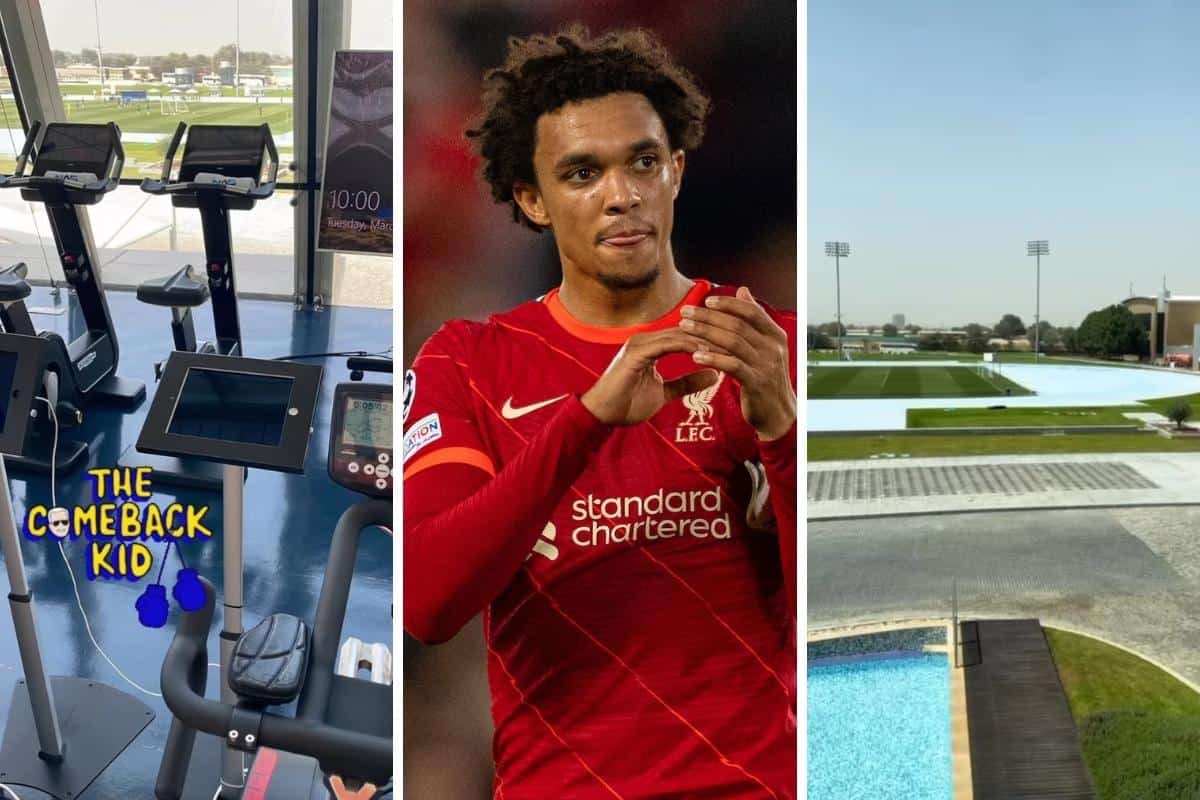 Trent Alexander-Arnold was forced to pull out of England duty due to a hamstring injury, with the right-back instead heading to Dubai’s NAS Sports Complex.

Alexander-Arnold played the full 90 minutes of the 2-0 win over Arsenal last week, only to be ruled out of the FA Cup quarter-final at Nottingham Forest days later.

The 23-year-old missed the trip to the City Ground as Joe Gomez excelled in his place, with Jurgen Klopp revealing that his No. 66 would be required to miss England’s upcoming friendlies against Switzerland and the Ivory Coast.

He was one of four players to withdraw from the England squad, with Sam Johnstone, Tyrick Mitchell, Kyle Walker-Peters and Ollie Watkins called up to replace him, Aaron Ramsdale, Reece James and Tammy Abraham.

With Liverpool not in action again until April 2 at home to Watford, those players within Klopp’s squad who are not on international duty have been granted the week off.

For Alexander-Arnold, that has prompted a trip to Dubai, where he is working on his recovery at the world-renowned Nad Al Sheba Sports Complex.

Posting on his Instagram story on Tuesday morning, Alexander-Arnold shared his view of the facility along with an update on his rehabilitation, working on an exercise bike with the caption “the comeback kid.”

He is not the only Premier League footballer at the NAS Sports Complex this week, with Eddie Howe’s Newcastle squad also spending the international break in Dubai. 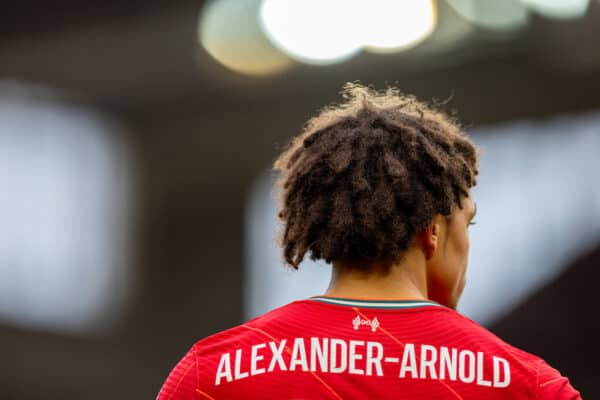 The facility is where Virgil van Dijk spent much of his time while rehabbing his ACL injury last season, too, with the Dutchman linking up with former team-mate Dejan Lovren.

It has been reported that Alexander-Arnold’s hamstring is not as serious as perhaps feared, with it expected that he will be involved for the majority of the Reds’ games next month.

Soon after Klopp revealed his injury, the Times‘ Paul Joyce revealed that the playmaker is targeting a return to action for the title clash with Man City on April 10.

Liverpool are currently set to play eight times next month, including the Champions League quarter-final against Benfica and an FA Cup semi-final against Man City.

Another date could be added to that list, too, with the first leg of the Champions League semi-finals – which would see the Reds take on either Villarreal or Bayern Munich – to be held on April 26/27.