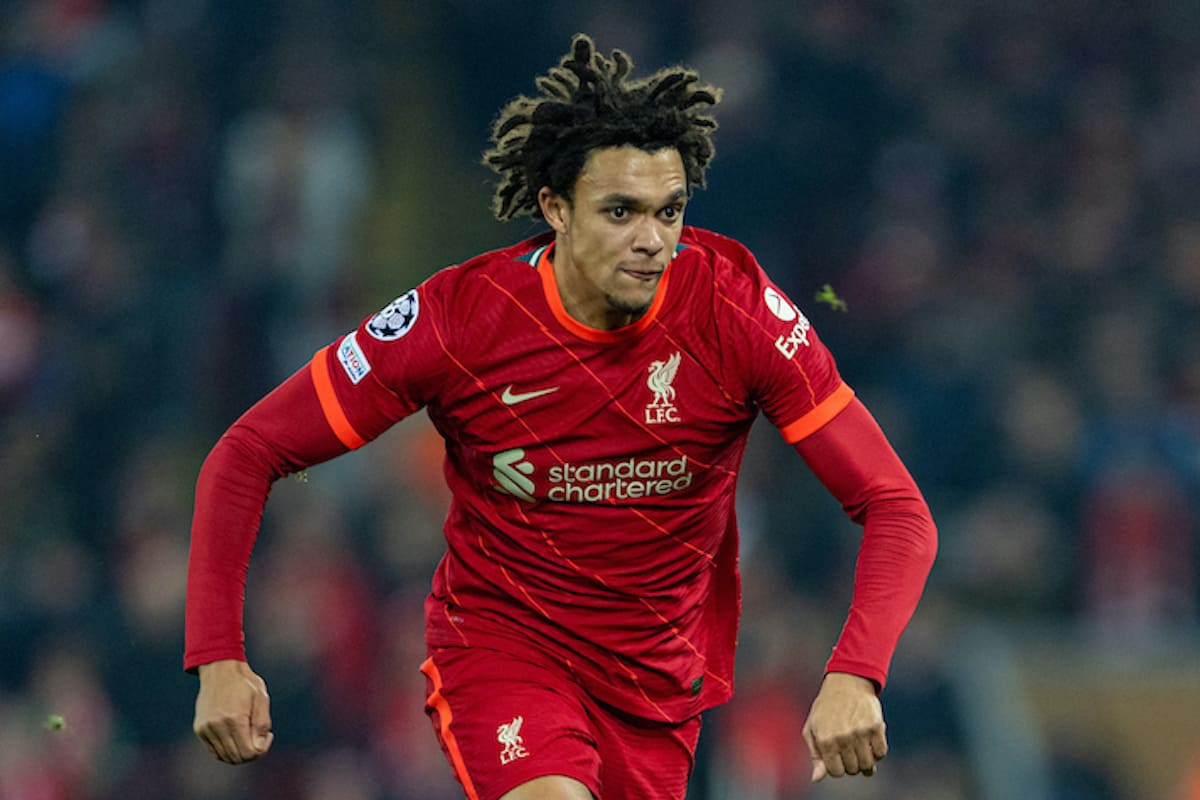 Trent Alexander-Arnold was a standout for Liverpool in what was only the third defeat of the season, but having their name in the hat is all that mattered for the Reds.

The crossbar and the upright denied the Reds a total of three times during the 90 minutes against Inter Milan, while Luis Diaz also had a chance at the death to salvage a draw.

In the end, Lautaro Martinez would inflict a rare Anfield defeat but it did not stop Liverpool from achieving their objective; making it to the Champions League last eight.

It was not in the manner Alexander-Arnold or Klopp and co will have wished for in the second leg but it very much remains an “exciting time to be at the club,” with three competitions still ongoing.

“That’s all that mattered to us,” Alexander-Arnold told the club’s official website of reaching the next round.

“We are disappointed obviously not to get the win but all that mattered to us was getting through to the next round.

“We’re in an amazing position. We’ve been able to get our hands on the first trophy of the season and in a strong position in all other three competitions.

“Two exciting quarter-finals to look forward to and a cup final every weekend in the league.

“So, it’s exciting times to be at the club, to be in these games, and hopefully if everyone stays fit we’ll be able to see it through.”

The Champions League tie was another taxing one for Klopp and with a trip to Brighton in the early Saturday kickoff, the manager will be eager for fresh legs to again put pressure on Man City.

One down, two quarter-finals next up and a title race ongoing – couldn’t ask for much more.