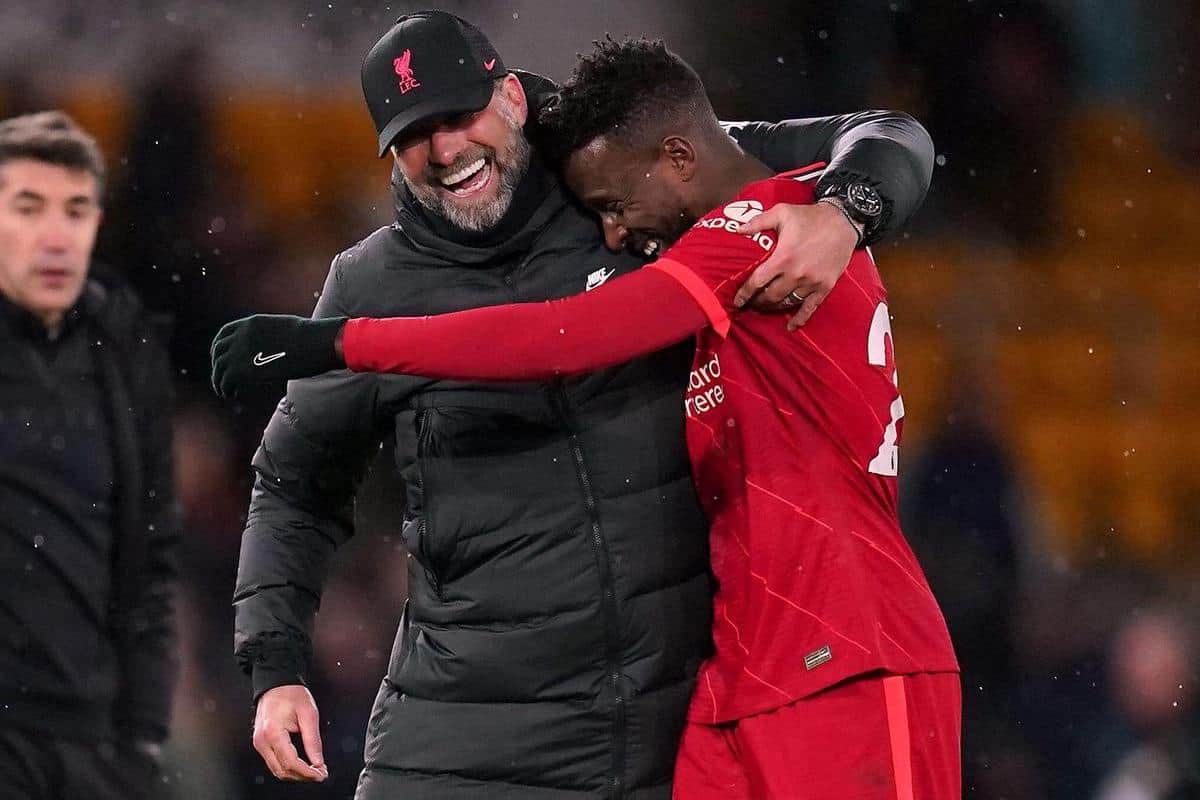 Liverpool are enjoying a remarkable season across all competitions but Jurgen Klopp knows any success his team do go on to have will be because of the entire squad, not just his regulars.

From 36-year-old James Milner to 17-year-old Kaide Gordon, Klopp has called upon 37 different players throughout Liverpool’s season to date in all four competitions.

Nearly half of those players have made more than 20 appearances, but at a time when the squad is fit and healthy, game time has been hard to come by for a handful of Klopp’s senior squad.

The relentless run of games has seen rotation readily come into play, but even then players are to be left disappointed at not being in the matchday squad with no player on the injury list. 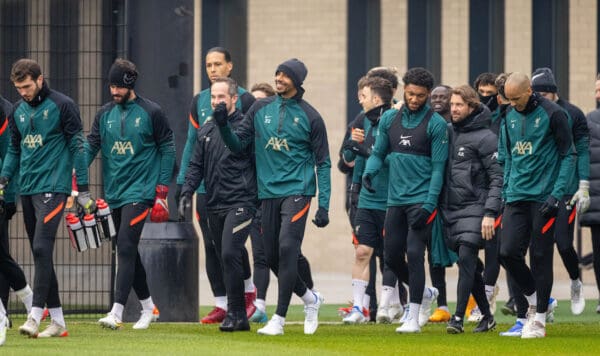 And while more praise was showered on his side after progressing to the FA Cup final, Klopp was eager to stress any success achieved this season will be thanks to the entire squad.

“Our situation is clear, there were some were not in the squad on the weekend and will not be in the squad [vs. United] who are in really good shape,” Klopp told reporters on Tuesday.

“Really, really good shape. I wouldn’t tell you here, ‘oh it’s easy to leave him out’.

“If we achieve anything this year, whatever it will be, it will be because of how all the boys deal with the situation.

“That means the boys who are not in the squad from time to time, they keep the training quality at an extremely high level.

“All credit to them, it’s really outstanding.”

They’re words that sum up Klopp’s style of management, with no room for an individual mindset as the collective creates a champion team.

In recent weeks, those often left out of the matchday squad have been Joe Gomez, Alex Oxlade-Chamberlain, Divock Origi, Takumi Minamino and Harvey Elliott.

They have all played their part in the season to date but find themselves on the fringe of Klopp’s rotation plans, yet his words speak volumes of how highly he values any and all contributions beyond just the 90 minutes on the pitch.