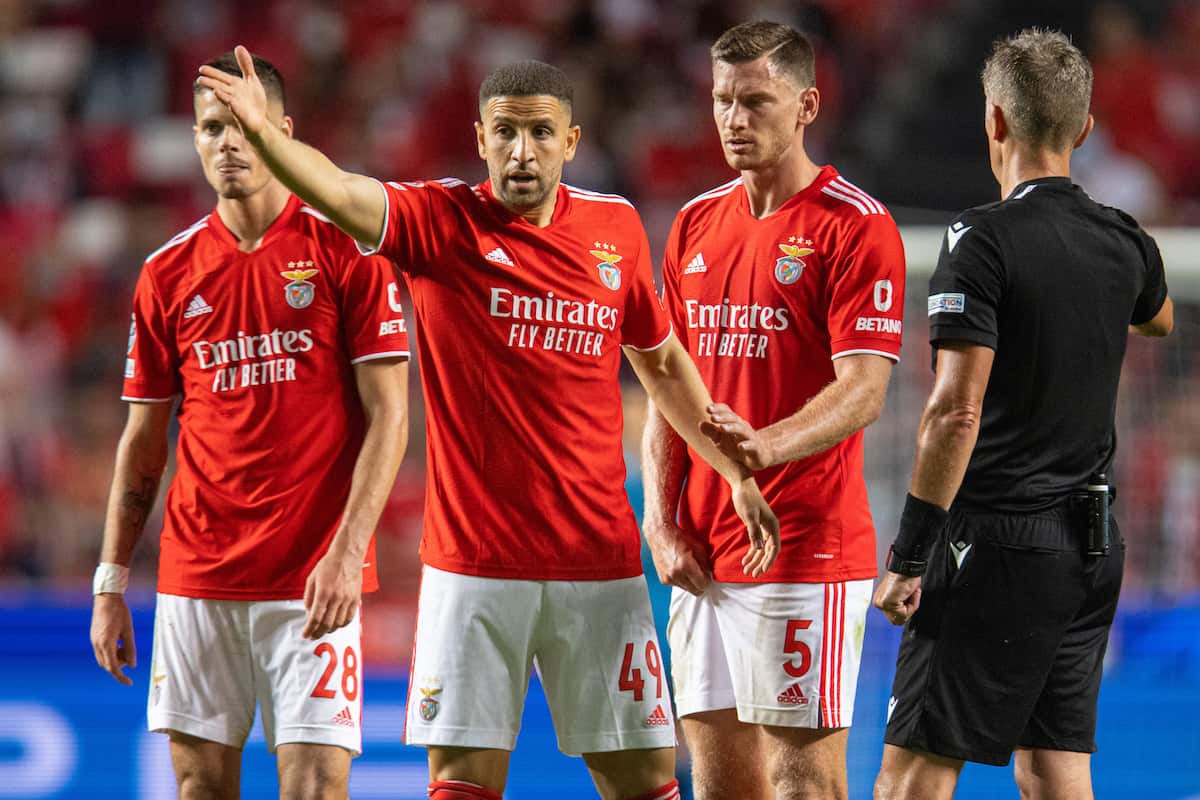 Benfica suffered their first loss in 10 games just days before the visit of Liverpool in the Champions League, in a blow to their chances of qualifying for 2022/23.

The Reds make the trip to the Estadio da Luz on Tuesday night, for the first time since the Europa League quarter-final in 2010.

It will be their sixth competitive clash at the home of Benfica, and there are high stakes as both sides look to gain a crucial advantage ahead of the second leg at Anfield on April 13.

Liverpool won their 10th consecutive league game on Saturday, with a 2-0 victory over Watford, but less than 24 hours previous, there was a setback for their Portuguese opposition.

Under caretaker manager Nelson Verissimo, who is filling in after the exit of Jorge Jesus in December, the Lisbon side are outsiders for a top two finish in the Primeira Liga. 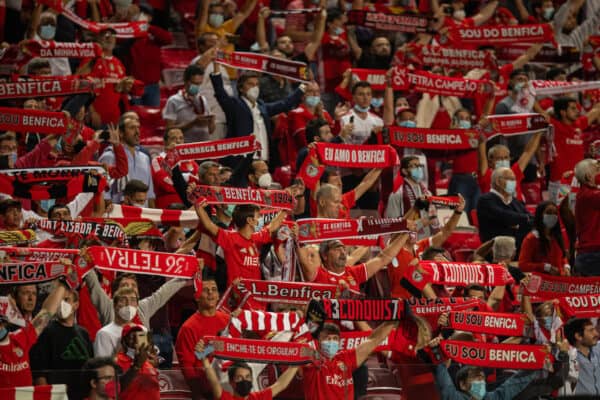 Only the Portuguese champions and runners up are guaranteed a spot in the group stage of the Champions League, with third needing to go through the qualifiers, and a 3-2 loss to Braga on Friday night saw Benfica fall behind rivals Sporting CP.

Verissimo named an unchanged side from the 2-1 win over Estoril before the international break, but Benfica went a goal down before the half-hour as Iuri Medeiros struck.

Andre Horta then doubled Braga’s lead after half-time, only to be pegged back as Darwin Nunez scored from the spot and then teed up Joao Mario for the equaliser.

Braga kept pushing, though, and the home side were rewarded with the winner with 11 minutes left to play, as Vitor Oliveira volleyed home at the back post to seal victory. 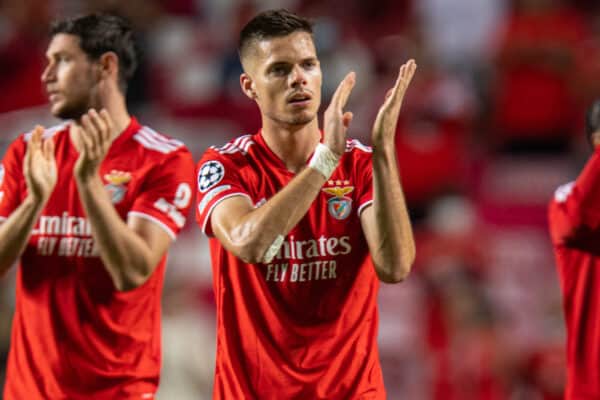 The loss was Benfica’s first in 10 games in all competitions, and only their fifth in the entire Primeira Liga campaign, and saw them stay six points behind second-placed Sporting who play Pacos Ferreira on Sunday night.

Friday’s winners, Braga, closed the gap between them and Benfica to nine points, with both sides still to play six fixtures in the Portuguese top flight.

It was far from the ideal preparation for Verissimo’s side, who face the daunting prospect of coming up against one of the best sides in Europe in midweek.

Benfica were without midfielder Adel Taarabt for the trip to Braga, though it remains unclear whether the ex-Tottenham and QPR playmaker will be sidelined against Liverpool.