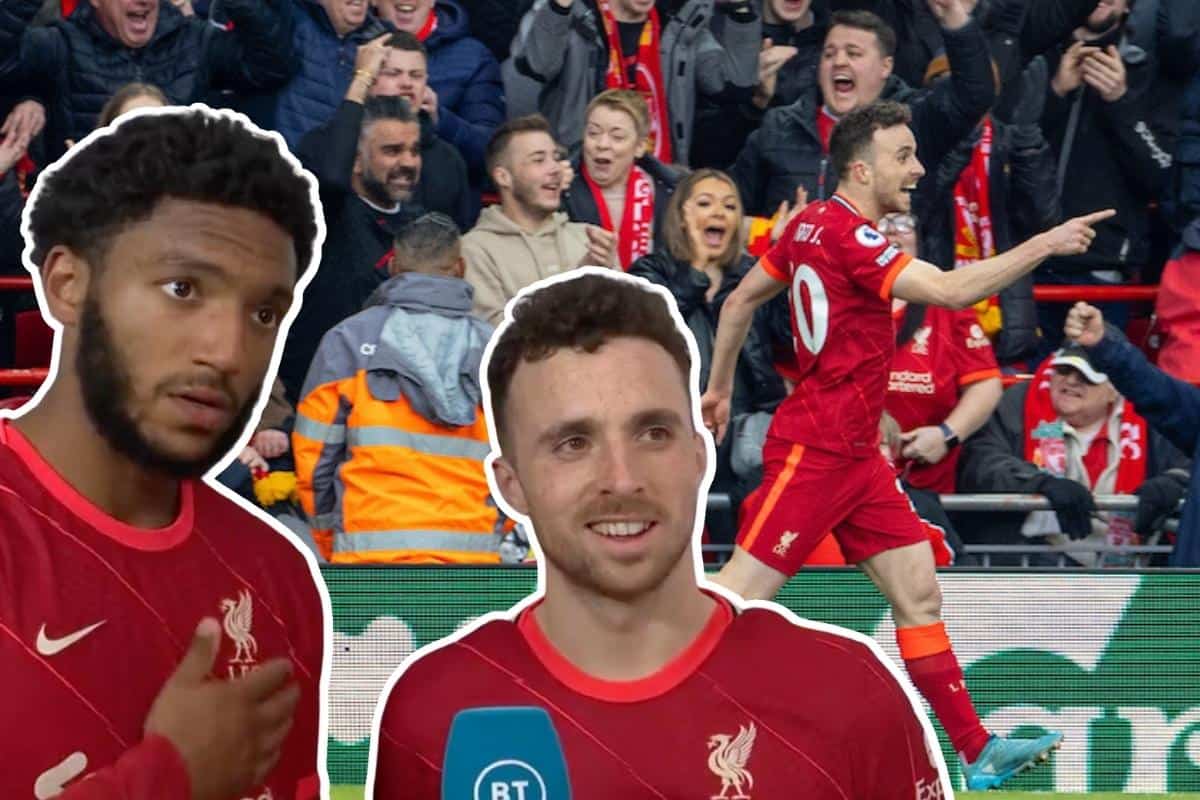 Joe Gomez was tasked with filling the boots of a player with a wand of a right boot, but he did not look out of place at right-back as he helped steer Liverpool to victory.

Gomez will be the first to say that right-back is not his favoured position, but with others ahead of him in the pecking order at centre-back and a Trent Alexander-Arnold deputy needed, his number was called.

The visit of Watford saw the Reds’ No. 66 take to the bench with his return from injury not far away, but Gomez stepped into his role and duly seized the chance.

A sumptuous cross onto Diogo Jota‘s head would not look amiss on his teammate’s highlight reel and it was a delivery that the No. 20 had spoken into premonition before the match.

“I told him before the game he was going to get an assist,” Jota told BT Sport. “Against Nottingham [Forest], I had a few crossed from him that I didn’t know what to expect.

"I told him before the game he was going to get an assist."

"He spoke it into existence!"

Joe Gomez and Diogo Jota felt their link up for the opening goal coming before kick-off!

They spoke to @TheDesKelly as Liverpool claimed three important points vs Watford… pic.twitter.com/bloRKSjKqS

“But today I was confident and I told him and fortunately for us, it happened.”

Another delivery late in the piece was unfortunate not to go converted from Gomez on what was only his second Premier League start of the season.

It’s been far from smooth sailing on what is his comeback campaign after a major knee injury, but Gomez knows it is the nature of being at Liverpool and he has to be there for when opportunities arise.

“Trent’s a top-class player and we know what he brings to the side, it’s naturally not my normal position,” Gomez said. 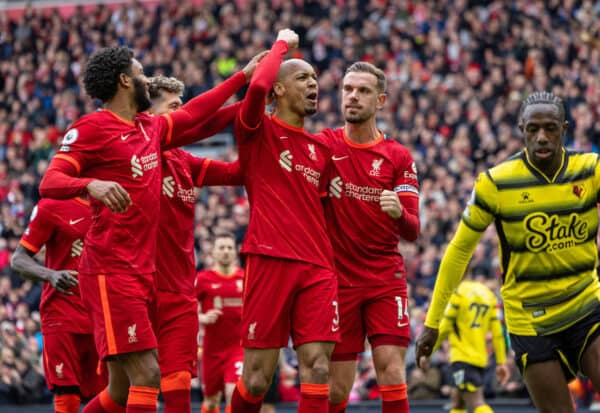 “Obviously like Jot’s said, he said [the assist] before the game so maybe he spoke it into existence for me.

“That’s the nature of being at this club, to fight for all competitions and it’s a tough environment to be in and we have to push each other each week.

“That’s the job of the squad sometimes to wait for opportunities.”