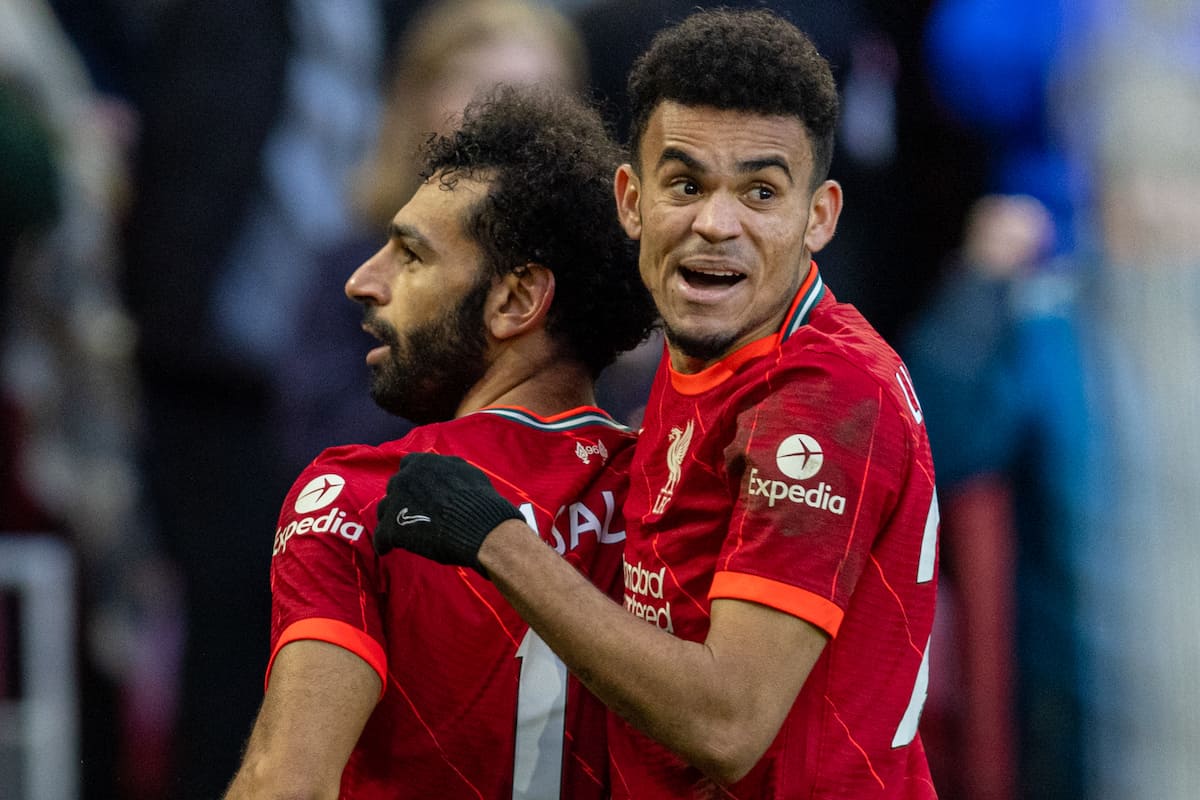 Jurgen Klopp has started Mohamed Salah for the Premier League clash at home to Man United tonight, with the manager only making two changes from the FA Cup.

The Reds are back for another high-profile tie just three days after the FA Cup semi-final triumph over Man City, this time hosting United in the league.

Despite a Merseyside derby still to come this weekend in a ridiculous run of fixtures, Klopp has stuck with most of his starting lineup from Wembley.

Alisson remains a consistent starter, while Joel Matip is back in defence alongside Trent Alexander-Arnold, Virgil van Dijk and Andy Robertson.

Fabinho will patrol as defensive midfielder, supported by Jordan Henderson and Thiago.

The front three from the semi-final is retained, with Salah starting alongside Luis Diaz and Sadio Mane.

Roberto Firmino misses out with a minor foot injury, while there is no place in the squad for Alex Oxlade-Chamberlain, Harvey Elliott or Takumi Minamino. 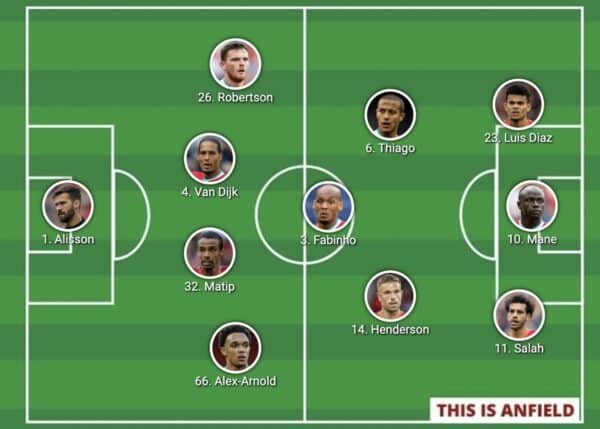