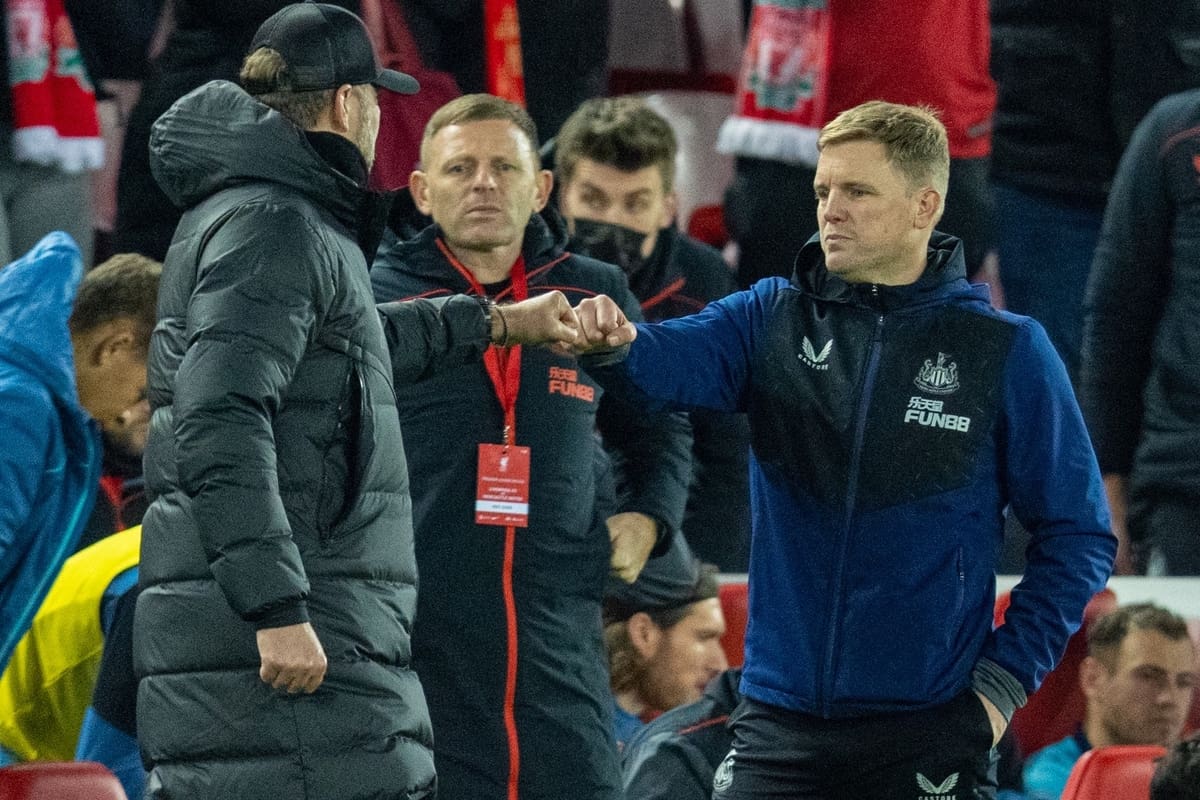 Newcastle boss Eddie Howe has warned Newcastle they will have to produce their best yet if they are to put a dent in “almost unstoppable” Liverpool’s challenge for an unprecedented quadruple.

The second-placed Reds arrive on Tyneside on Saturday chasing Premier League, Champions League and FA Cup glory having already banked the Carabao Cup to face Howe’s rejuvenated Magpies as they attempt to extend their winning run at St James’ Park to seven games.

With next weekend’s trip to leaders Manchester City to come, Newcastle could play a major role in the destination of the league title this season and while their head coach admits that is a privilege, he knows it also represents the sternest of challenges to his ongoing rebuilding plan on Tyneside.

Howe said: “It’s nice to hear, but the reality has to be shown on the pitch.

“We know that nothing but our best tomorrow – and I’d probably say better than we’ve delivered so far – will be good enough.

“I’ve watched Liverpool in depth for a long period of time and they’re just an incredible team. 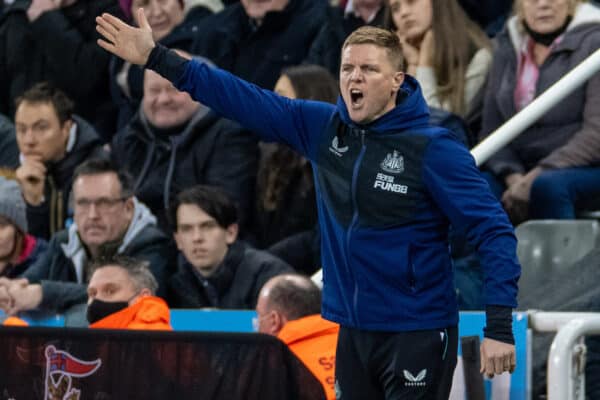 When Howe arrived at St James’ in November last year with his side sitting in 19th place and five points from safety, the prospect of facing two of the best club teams in world football in consecutive fixtures looked daunting.

A little less than six months on, he has presided over a remarkable recovery which has seen them win their last four on the trot to ease themselves into ninth place, and more crucially 14 points clear of the survival scrap.

It is a long time since the Magpies and Liverpool were competing for honours on an even keel during the first Kevin Keegan era and later with Sir Bobby Robson at the helm in the north east, and despite fresh optimism on Gallowgate with new, fabulously wealthy owners on board, Howe is making no bold predictions about when those days could return.

He said: “My aim is to improve today to be better tomorrow. Of course I’m looking and planning for the future as you have to do in my position, but giving direct timescales for anything is almost impossible in football.”