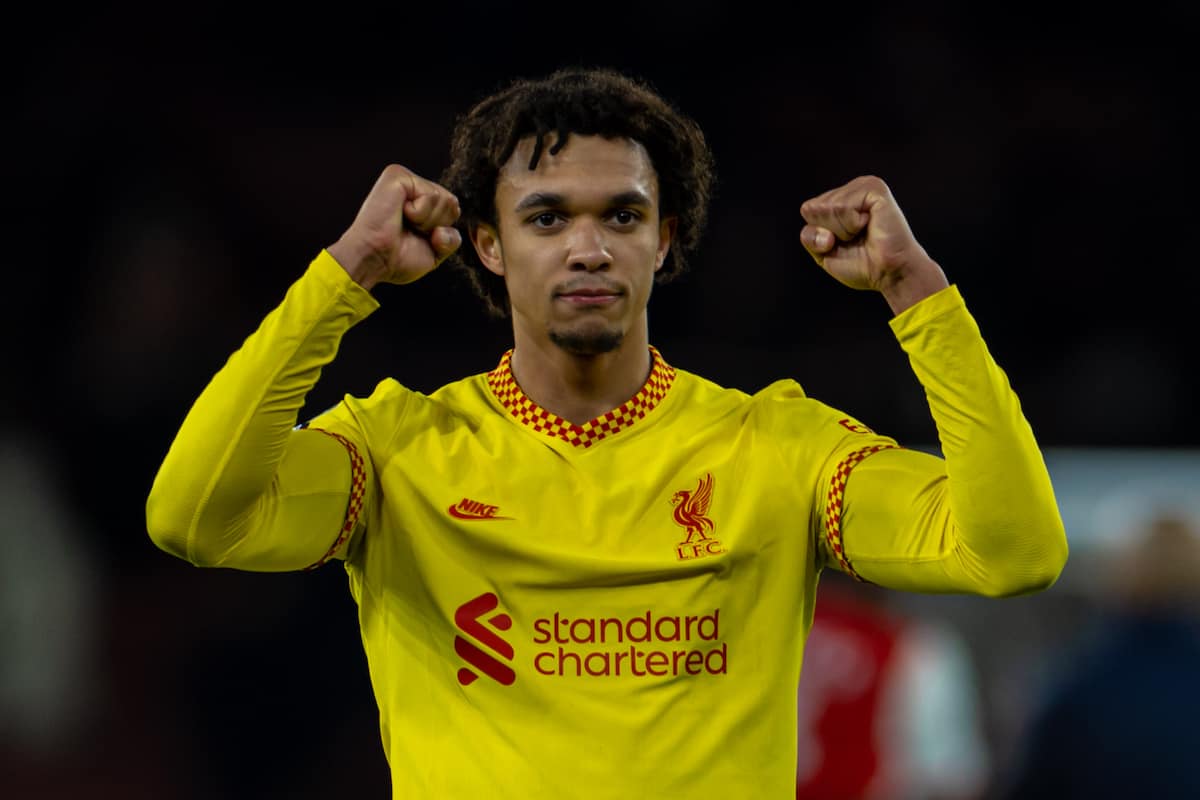 Liverpool came through the international break unscathed with no new injuries to report, and it was welcome news on Trent Alexander-Arnold, with the right-back back in full training.

The Reds’ schedule is to be fast and furious in the coming weeks with three competitions still on the spin, with each and every game its own cup final.

And Liverpool heads into the vital juncture of the season with a near full-strength squad at their disposal, and the visit of Watford could herald the return of Alexander-Arnold.

The right-back sustained a hamstring injury at Arsenal more than a fortnight ago and during the break travelled to Dubai to continue his rehab before taking further steps on his return to Kirkby.

And on Friday, Klopp confirmed that Alexander-Arnold is set to return to full team training on the eve of Watford‘s visit and is in with a chance to feature at Anfield.

“Trent trained yesterday parts and will be in full training today and we have to see what we do with it,” Klopp said. 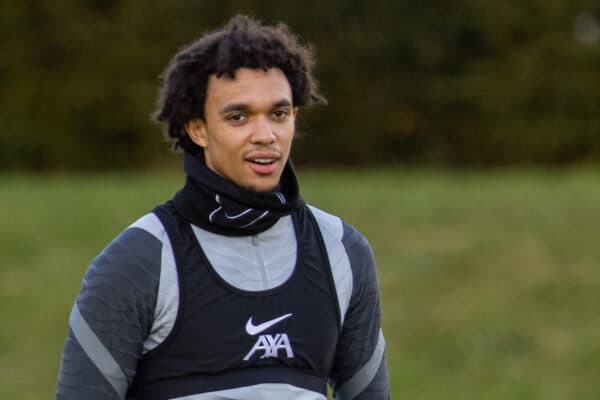 “When I heard what is said in this country, it’s more than in other countries I can tell you. Trent wanted to go to the national team, just to make sure everyone [knows].

“But he couldn’t, you can see the scans, with these pictures you cannot go anywhere. But sometimes injuries, thank god, are not that serious that you are out five or six weeks – sometimes it is two weeks.

“That’s the case with Trent. Tight for tomorrow, but possible. It’s different if you are part of team training, it depends on what you could do before.

“He was with our rehab and fitness department and it was really intense what he did before he was with us, so physically he should be fine.

“Now I have to make the decision about rhythm and these kinds of things.”

And on the possibility of being selected against Benfica, his response was “I think so” as opposed to “it is possible” regarding Watford‘s visit.

Should Alexander-Arnold not be selected on Saturday, the choice will likely be between Joe Gomez and James Milner to act as his deputy.