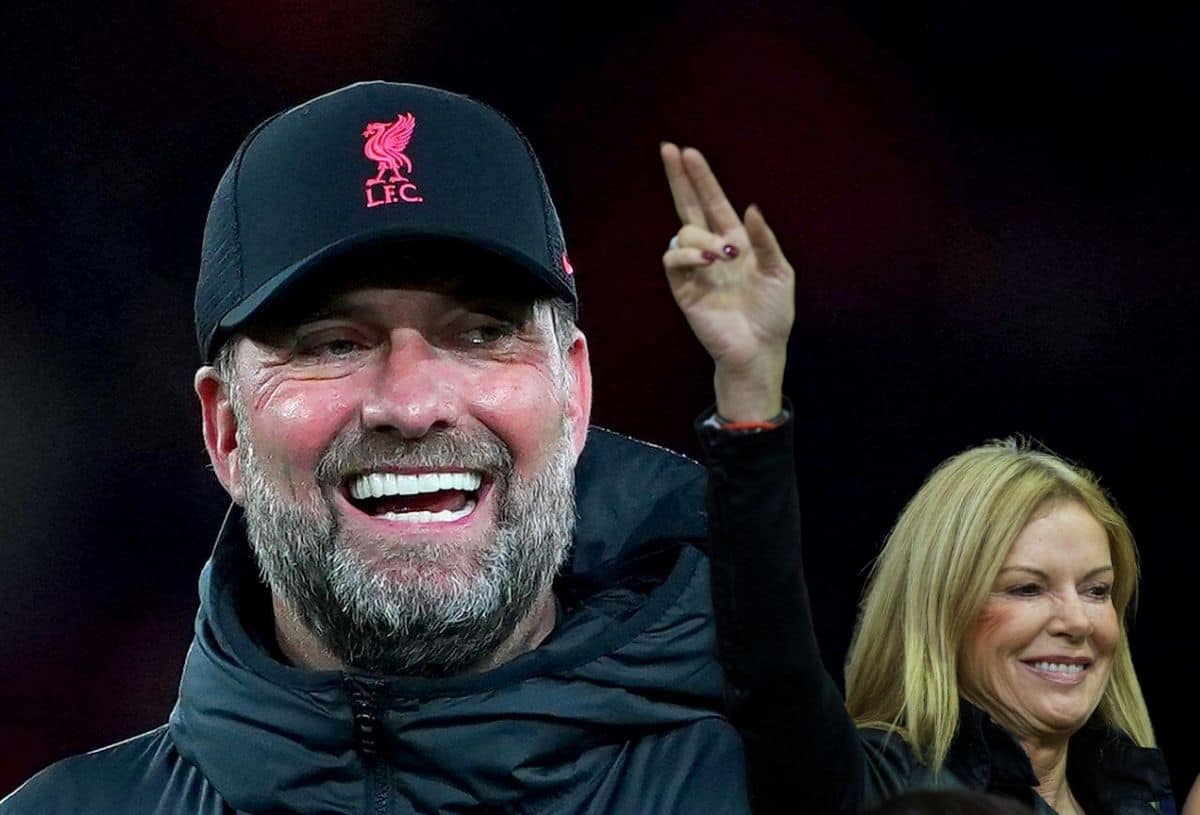 Jurgen Klopp has signed a new contract at Liverpool FC, extending his stay to 2026 – two years longer than his deal was due to have expired.

The German has been at Anfield for almost seven years and his new deal will see him become the fourth-longest serving manager in LFC history.

The news keeps the feel-good factor going at the club, with the Reds currently amidst an unprecedented pursuit of a quadruple.

Revealing the news and the reasons for it, Klopp explained how key his wife, Ulla, was in remaining on Merseyside.

“I never thought that we would find again a place where we would feel that welcome,” he said.

In a shorter video for the club’s social media, the boss joked about being a good husband and doing as his wife wishes: “‘Why?’ Because Ulla wants to stay! And like a good husband, when your wife wants you to stay, you stay!”

He added: “If, when I said around the last contract extension, that in 2024 that’s it then, it was actually a private agreement and the most important contract in my life I signed is the one with Ulla. That’s where it started again.

“I couldn’t appreciate more what has happened in the last nearly seven years, I never thought that we would find again a place where we would feel that welcome and I’m useful as well.

“It’s absolutely great. It was a very easy decision.”

Klopp recently told how after the 2-2 draw at Man City he was looking for his wife among the travelling Reds when he was waving to the away end post-match.

“I was looking for my missus to be honest, she was in there somewhere,” he said.

Videos of Mrs. Klopp in the concourse at the Etihad Stadium at half-time, singing along to the new Klopp song circulated online.

It seems Ulla is glad that Jurgen is a red, and that is good news for all of us!