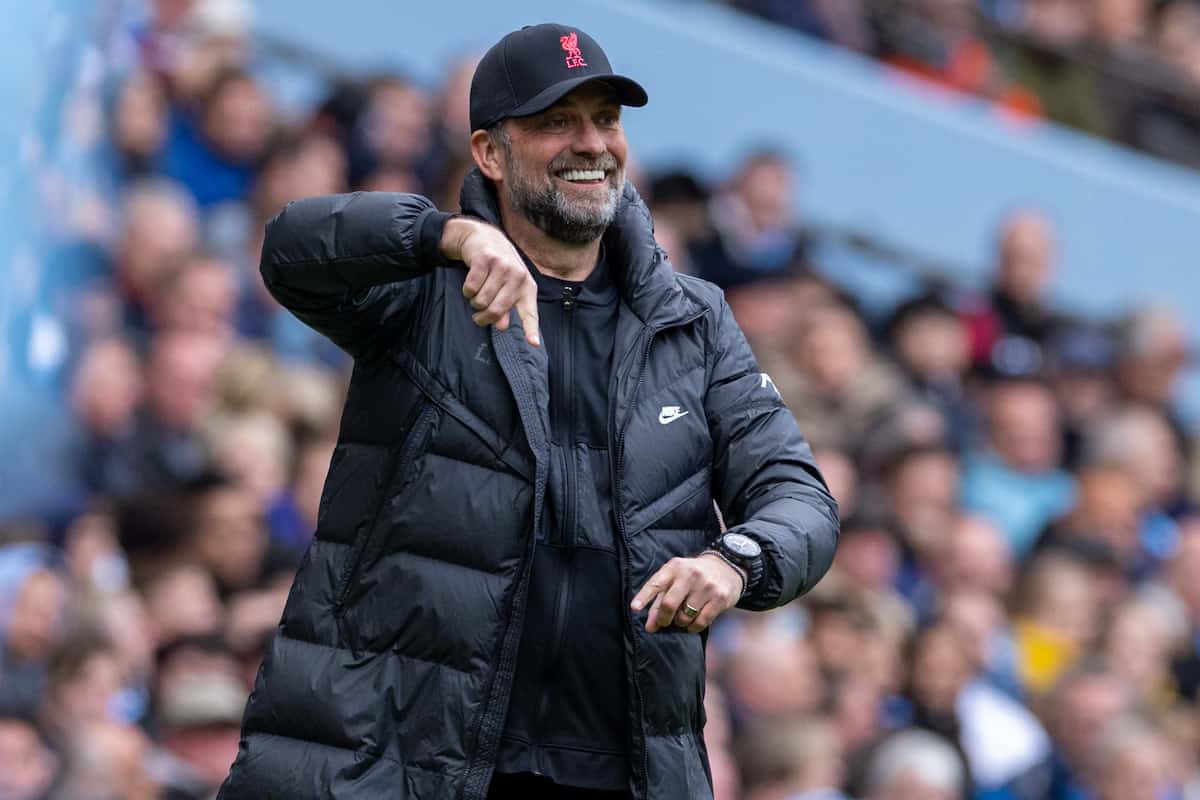 Liverpool will go “all in” and treat their trip to Wembley to face Manchester City like a final because manager Jurgen Klopp believes that is what they have been doing with all their games since the turn of the year.

The Reds have lost just once since late December – to Inter Milan in a Champions League second leg from which they still progressed on aggregate – and have built momentum ahead of the final part of the season.

In January they were 14 points behind Premier League leaders City and that is when the ‘final’ mentality kicked in as they knew they could not realistically afford to lose again.

That gap is now down to one and, after the pair played out an enthralling 2-2 draw at the Etihad Stadium last weekend, they go head-to-head in the FA Cup semi-final on Saturday with Liverpool’s continued bid for an unlikely quadruple at stake.

“It has to be treated like a final, we have to,” said Klopp. “In an ideal world we have 12 games, that means the 10 around we treat like finals.

“That’s how it is pretty much and that’s how we approached it already since January since we started this little mission. You have to go all-in.

“Any way, against City you always have to see it as a final but now it is the semi-final, it means it’s the only way to get to the final and we actually want to go there.”

This is the furthest Klopp has gone in the FA Cup since his arrival in 2015 and, after Carabao Cup success in February, remains the only trophy he has yet to win with the club, whose last of their seven successes in the competition came in 2006.

“Obviously so far we didn’t even go to the semis yet, so it’s the first experience in the semi-finals at Wembley – but better late than never.

“Now we are there and it means everything to us, to be honest. I hope our people can get to London and that we have the atmosphere a semi-final between Liverpool and City deserves.”

Liverpool have drawn 2-2 with City twice this season but there will have to be a winner on Saturday.

Last weekend was a reminder, if one were needed, just what high levels the two teams are playing at and Klopp knows the tie will probably be decided by small details.

“It’s decisive challenges in a game and you better win them, otherwise they are in a really good position,” he said.

“We lost a couple of easy balls in the game now a few days ago and what they make of it is spectacular, the counter-attacks, like the first minute already, or after two minutes when (Raheem) Sterling had a big chance, Ali (Alisson Becker) made a great save.

“It’s just good football, but the goals we scored were really good football as well. We had other situations, which didn’t end up in chances.

“It’s a really intense fight on a really high level. The concentration levels the boys have to bring on the pitch is insane.

“It’s very similar to the Chelsea (League) cup final. For 120 minutes, it’s unbelievable how intense it was in all aspects. That’s why it is so interesting.

“And on top of that it was still a good game, because when tactical things match each other from time to time it’s like ‘OK, tactically really interesting, but for the neutral, horribly boring’.

“That happens rarely now in games between City and us. That’s good for all the fans who watch it.”