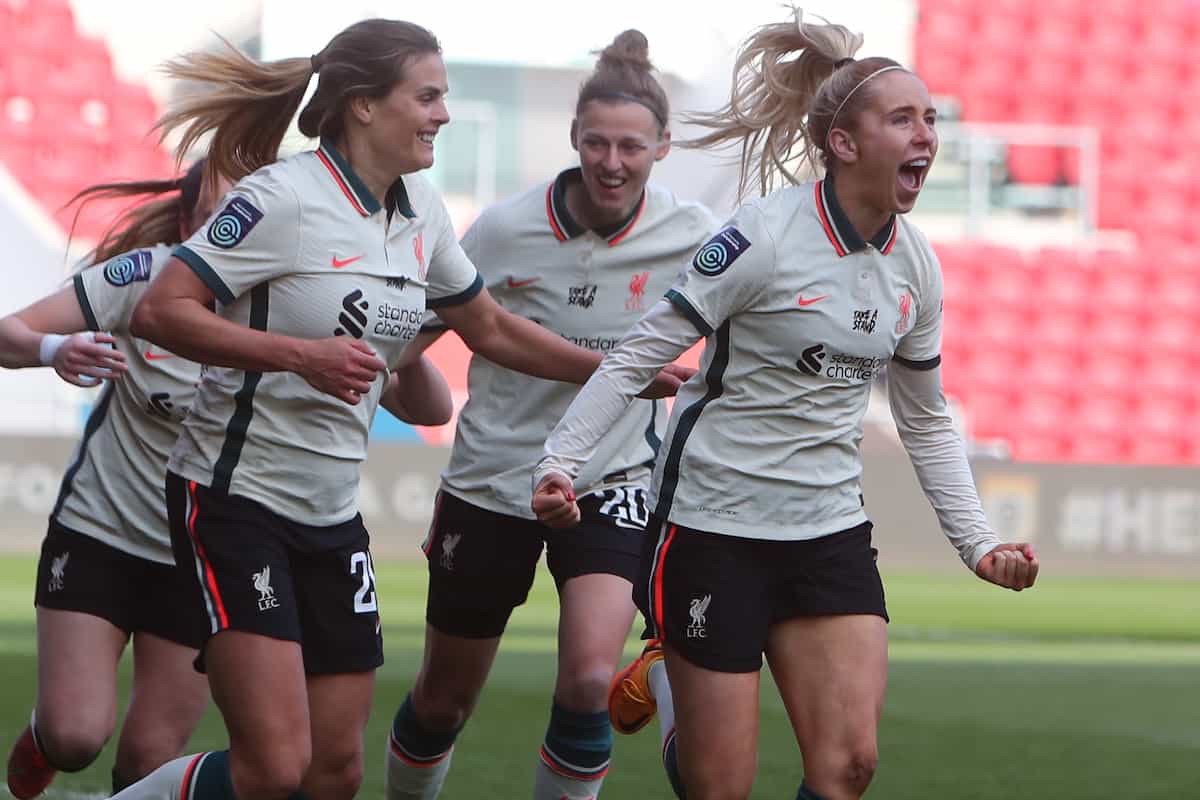 Liverpool have won the Women’s Championship with two games to spare, with Matt Beard’s side clinching promotion with a 4-2 win at Bristol City.

The Reds arrived at Ashton Gate knowing a point would be enough to seal the title, with Bristol City already 11 points behind in second – albeit with a game in hand.

And the Liverpool FC Women made the trip having not lost in the league since August, on the opening day of the campaign against London City, with 18 games unbeaten since then.

Beard made one change to the side that beat Durham 3-0 in their previous game, with the talented England under-21s wing-back Taylor Hinds replacing Yana Daniels. 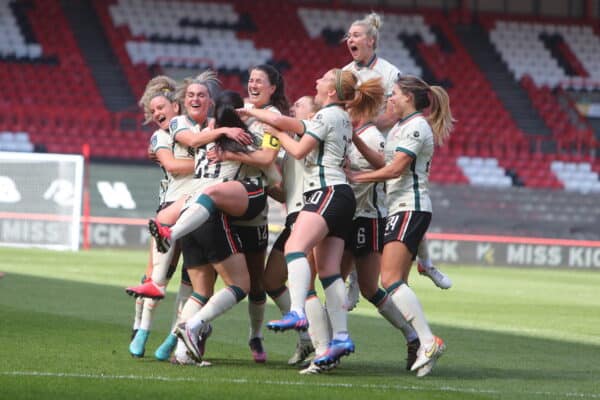 Liverpool got off to the perfect start in Bristol, with captain Niamh Fahey converting after a scramble in the penalty area, only to be pegged back a minute later by Aggie Beever-Jones.

It was back to 2-1 before the break, though, as another loose ball in the box fell to Jasmine Matthews, who made no mistake from nine yards out. 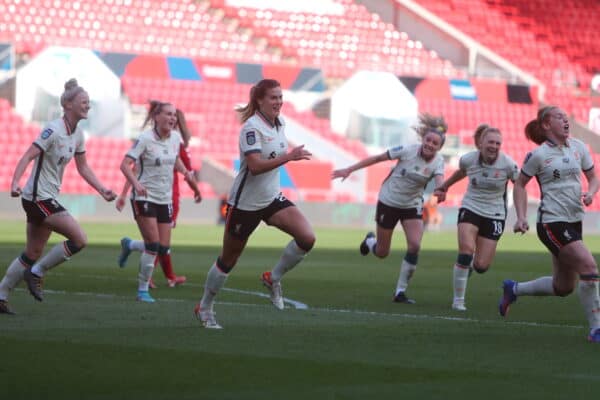 Then as the hour mark crept closer, a trademark long throw from Megan Campbell was headed into the path of Katie Stengel, who volleyed in comfortably to extend the lead to two goals.

Bristol City reduced the deficit soon after, as Abigail Harrison found the back of the net, with Beard turning to his bench in the aftermath. 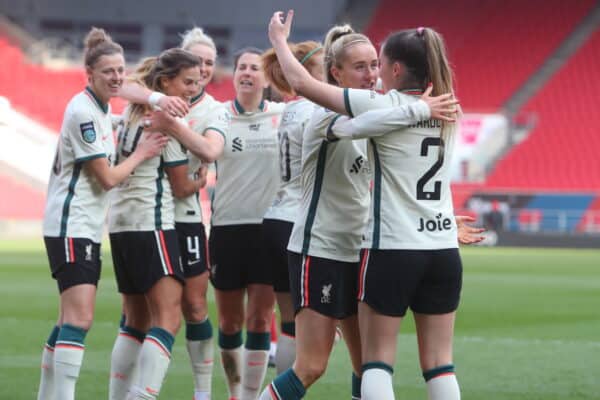 On came the Scouser, Missy-Bo Kearns, and the 20-year-old – the youngest captain in the history of Liverpool FC Women and once a team-mate of Curtis Jones‘ at junior level – sealed the win, and the title, six minutes after coming on.

Brilliant play by Stengel saw the American cut back into the box, and Kearns was alert to it as she tucked it in and clinched promotion for Liverpool. 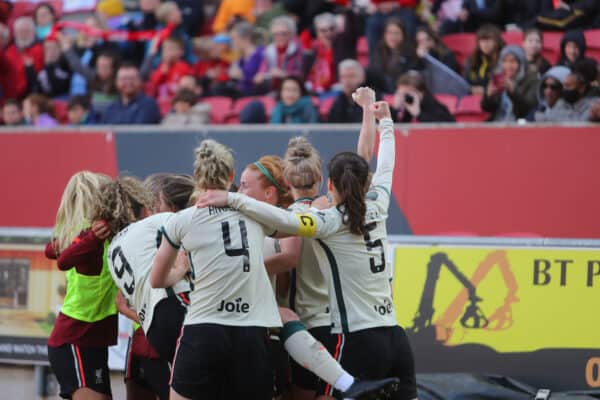 A dream scenario for Kearns, and mission accomplished for Liverpool, who are back in the Women’s Super League after two seasons away – and already champions with two games to go.