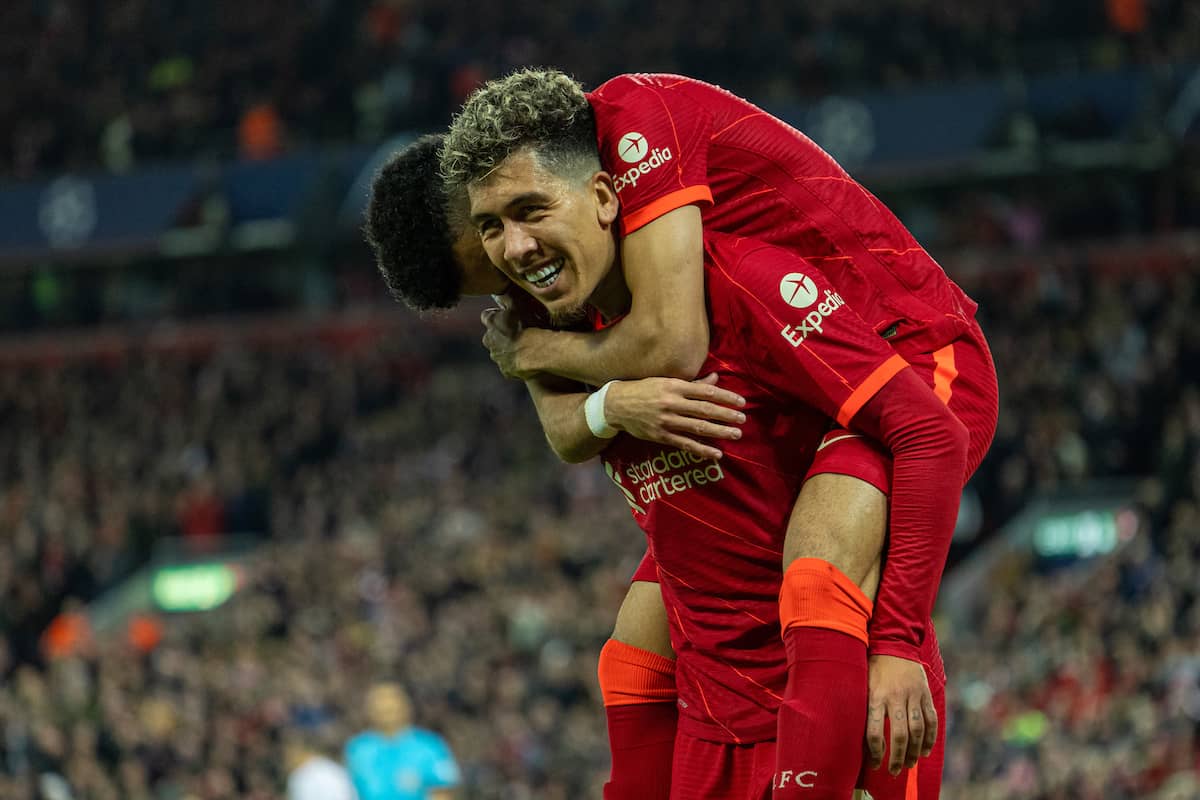 Though a wild second leg played out at Anfield, Roberto Firmino saw Liverpool into the Champions League semi-finals with a 6-4 aggregate win over Benfica.

With seven changes to the side including a new back four, it was a slow start for Liverpool as they presided over a two-goal lead from the first leg, with Benfica the more threatening early on.

But with the home crowd behind them, the Reds soon grew into the game, particularly with Diogo Jota looking dangerous on the left flank, occupying his more natural wide role as Luis Diaz shifted to the right.

The opener came for Liverpool in uncanny circumstances, as Ibrahima Konate again broke the deadlock against Benfica with a simple header, towering over Nicolas Otamendi to nod in a Kostas Tsimikas corner. 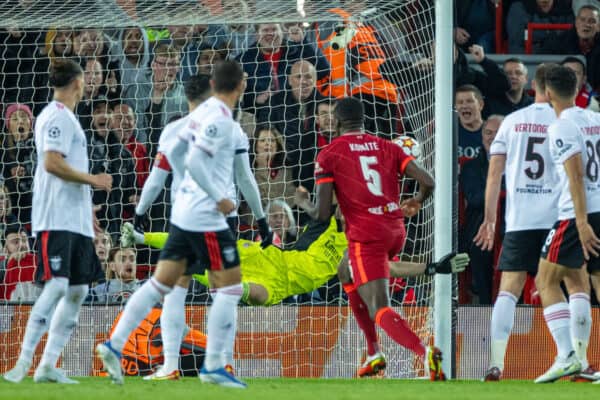 Benfica were back in it within 11 minutes, though, with the 20-year-old Goncalo Ramos benefiting from a lucky bounce off James Milner and finding himself in space to make it 1-1 on the night.

A Milner clearance then put Roberto Firmino in a similar position, but despite Odysseas Vlachodimos being marooned outside the box the No. 9 opted against a chip and instead threaded a ball through for Diaz that was well blocked. 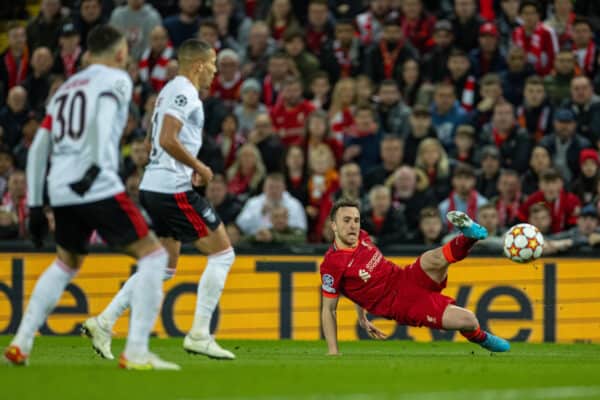 Benfica were the brighter side upon the restart but Liverpool were soon back ahead, with a series of errors, kicked off by Jan Vertonghen, leading to Firmino touching in Jota’s scuffed shot.

The strength of the squad then showed as Jurgen Klopp sent on the trio of Mohamed Salah, Fabinho and Thiago with the aggregate scoreline at 5-2, as minutes are managed ahead of the FA Cup semi-final. 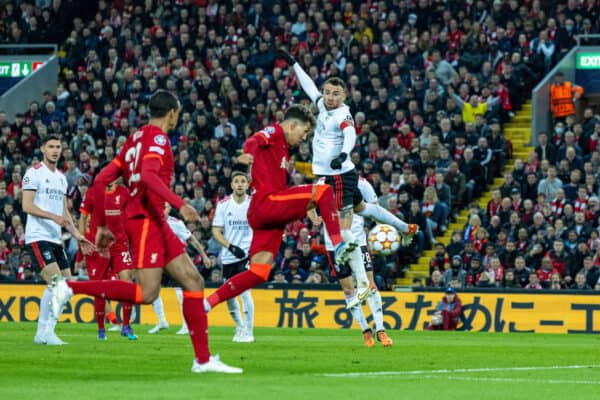 It was two players who started the game who combined for the third, though, with Tsimikas again provider and Firmino again the scorer as he touched home a brilliant volley from the left-back’s free-kick.

To make the tie interesting, Roman Yaremchuk profited from slack play from Joe Gomez and Alisson as he raced on to a through ball and converted for 3-2.

Darwin Nunez then made it level on the night with a cracking finish evading offside, firing the Benfica fans up behind Alisson‘s goal as complacency set in for the hosts.

Fortunately, Liverpool were able to hold on and avoid a genuine scare as they retained their first-leg lead and secured Champions League progress.